On the eve of his first-ever exhibition in the city, "Chicago Tonight" spoke with Dutch artist Theo Jansen, who explained the genesis and appeal of his "Strandbeests" – literally "beach creatures" – and demonstrated how these wind-powered creations can work even without the power of nature.

It is a harmonious union of art and engineering, imagination and reality. Dutch artist Theo Jansen is a kind of Dr. Frankenstein, giving life to inanimate objects. His massive creations arrived this month at the Chicago Cultural Center, and “Chicago Tonight” spoke with the artist on the eve of his first exhibition in the city.

The artist himself can sometimes be seen in the videos, coaxing his works to take a walk on the sand with the aid of the wind.

We spoke with Theo Jansen at the Cultural Center, where he introduced us to some of his scientifically named creations.

Theo Jansen: OK this is the “animaris ordis.” All of the animals in the exhibition are extinct but people can reanimate them here, so they walk in a museum.

Ponce: The wind-fueled creatures are called “Strandbeests” or “beach creatures.” When they’re not on a windy beach, an air compressor can animate their moving parts.

The artist works on new models over the winter. He says they are born in spring, evolve in the summer and go extinct in the fall.

He told us about his original vision for the project, which he dreamed up on Holland’s North Sea coast. 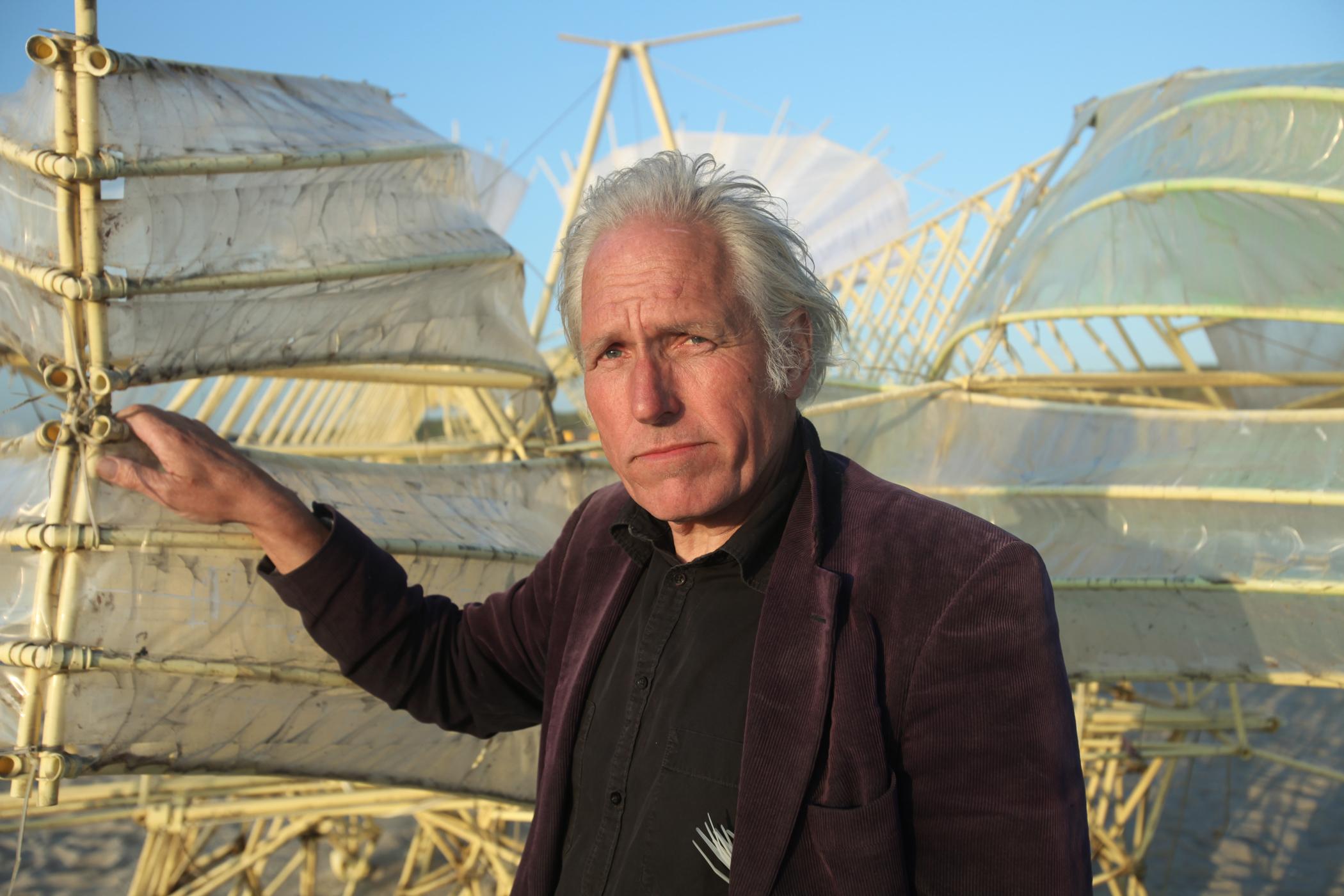 Jansen: I started this project in 1990 so I had this idea that I would like to make an animal on the beaches to build dunes against the rise of the sea level in the coming century, to protect the country. But during the process, during the years I tried to develop this animal, it turns out I got more interested in evolution and the process of life, so I forgot about saving the country and about the dunes and I went on making these animals.

Ponce: In the exhibition, an evolutionary tree explores the development of the animals.

And there are remains from Jansen’s “boneyard,” the final resting place for some of his Strandbeests.

The show also includes works that he inspired – because Theo Jansen has “open-sourced” the formula he developed to put these monsters in motion – and made it available to makers around the world. 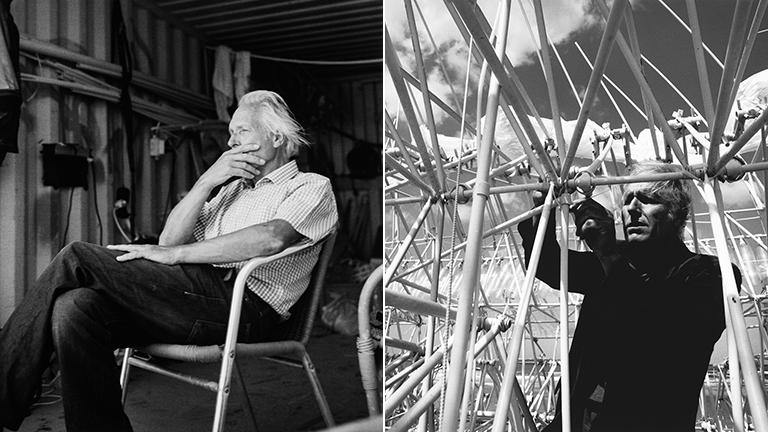 Jansen: Somehow I was infected by this idea a long time ago and since then I put all my secrets on my website and since then a lot of students in the world are infected by this same kind of virus, and they’re building Strandbeests as well. And all these students they have the idea that they are having a good time and they have a nice hobby, but the fact is of course that they are used for the reproduction of the Strandbeest, so that’s how the Strandbeest reproduces – they use students.

Daniel Schulman, Chicago Cultural Center: It demonstrates how complex and open-ended the role of artists really is. Engineers can be artists, artists can be engineers. It’s the thought process, it’s the daring to sink deeply or dig deeply into ideas that seem kind of crazy but are actually ideas that are very broad, engage very profound issues of life on earth, the environment, creativity and creation.

Ponce: Jansen made some early works out of wood, but now he mostly uses PVC tubes and plastic zip ties. 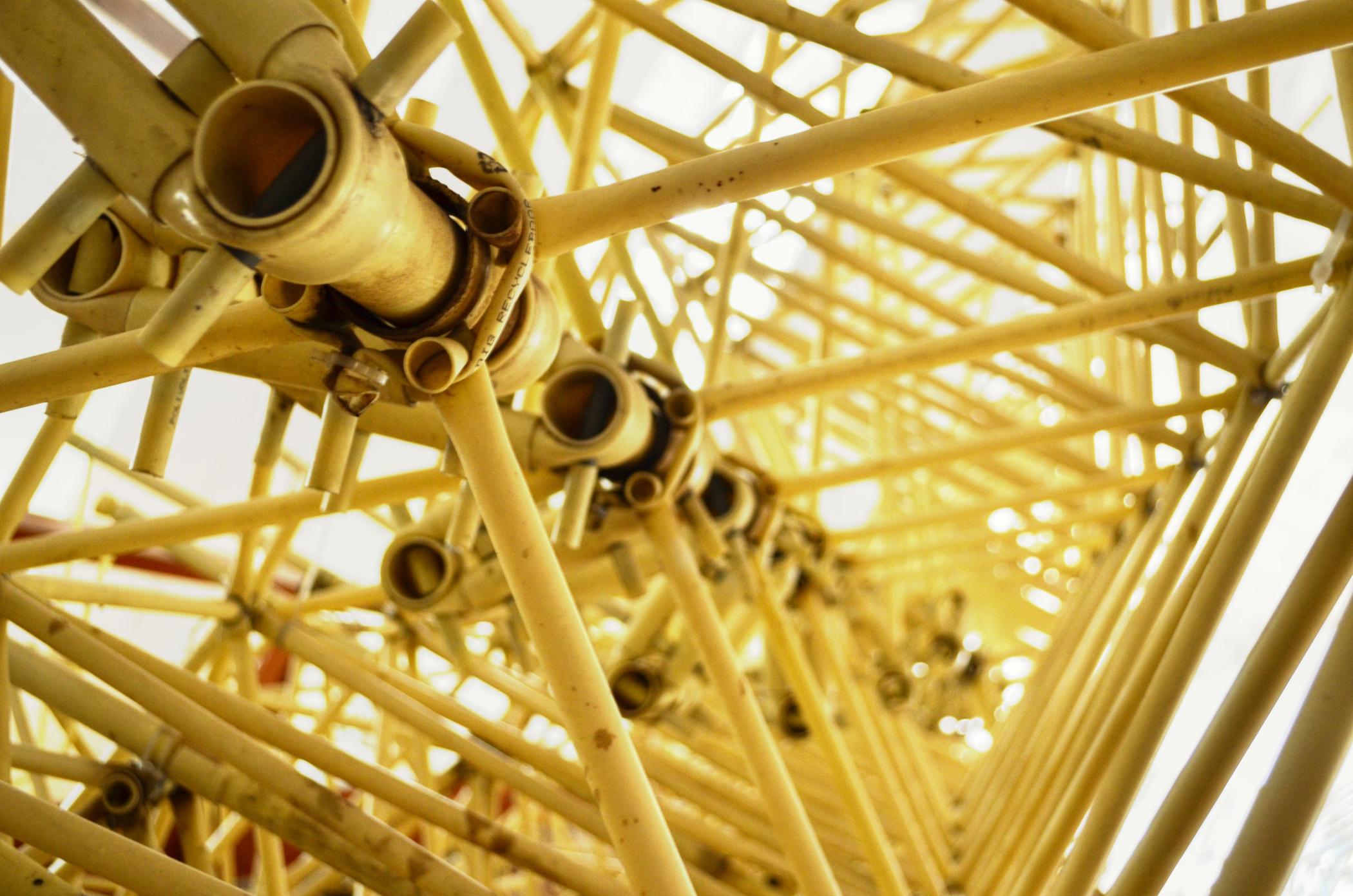 The inner-workings of a Strandbeest. (Federico Davoine)

He talks about the materials as if they are his collaborators.

Jansen: Usually I have a plan in the morning and I try to realize that plan but the tubes protest – they don’t wanna do what I wanna do, and so they push me in another way. So in fact none of my plans succeed; they’re all the plans of the tubes and at the end of the process when the animal is finished I’m surprised how beautiful they became. I didn’t do that – it’s the tubes that push me in that direction.

Ponce: We asked this onetime landscape painter what motivates him to create.

Jansen: Well of course I’m inspired by what I see around me, I mean the, the world. I see it as a big miracle … life itself inspires me. I’m very surprised that I’m here, that we all exist and so this is a big inspiration for me but I don’t want to copy what is there, I wanna really make a new nature.

Hopefully at the end of my life I’m able to leave the planet with a new specimen on earth. That’s my utopian dream you could say. 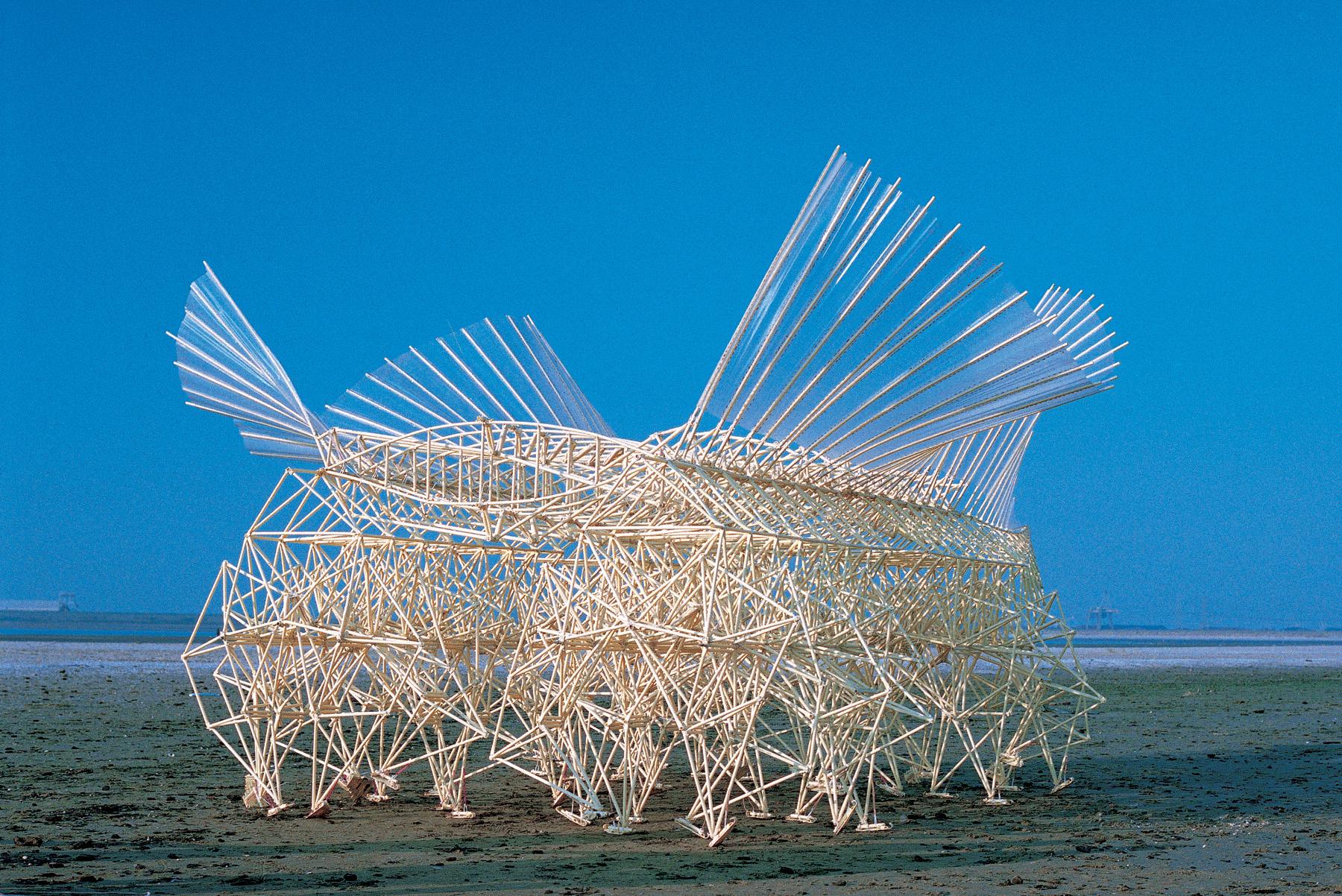 The exhibition is called “Strandbeest: The Dream Machines of Theo Jansen.” It is now open and free to the public and features daily demonstrations of the creatures.  It’s at the Chicago Cultural Center through May 1. For location information and demonstration hours, visit the center’s website. 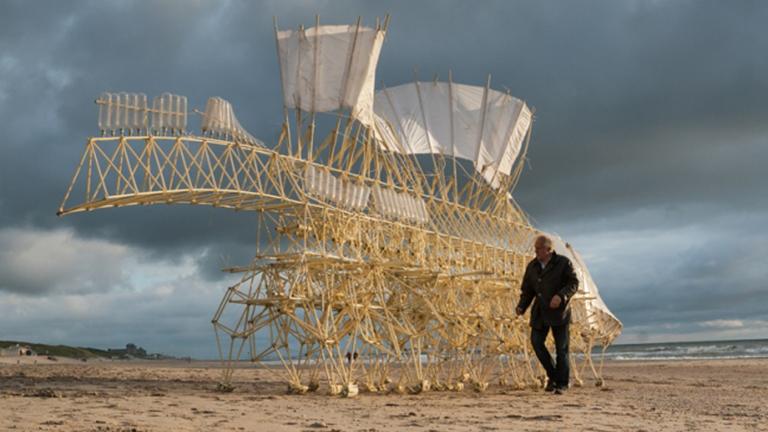 Feb. 5: A new exhibition featuring dizzyingly complex kinetic creations opens Saturday at the Chicago Cultural Center. Meet Theo Jansen, the Dutch engineer-slash-artist whose been behind these "beach animals" since the early 1990s.