It is considered one of the greatest archaeological finds of the 20th century. In the second century B.C., China's first emperor ordered the creation of a vast underground army to protect him in the afterlife.

Jay Shefsky: When Emperor Qin Shihuang unified all of those kingdoms in 221 B.C. it was considered one of his greatest accomplishments.

Gary Feinman, The Field Museum curator: He was the person who first materialized the idea of China by conquering the competing states during the Warring States period, leading up to his Empire of China.

Shefsky: But all that conquering also made him a lot of enemies. So he ordered the construction of terra-cotta warriors to protect him after his death. A kind of underground “spirit army” that would allow him to rule for eternity.

Deborah Bekken, The Field Museum curator: The first emperor needed a fully formed army in order for his own protection and also for any battles that he would be required to fight in the afterlife. They represent the various positions that you would have in an army of that time. So there are both kneeling and standing archers.  There is a general. There is an infantry man, a cavalry man and a charioteer.  In addition there is also a horse—a cavalry horse. 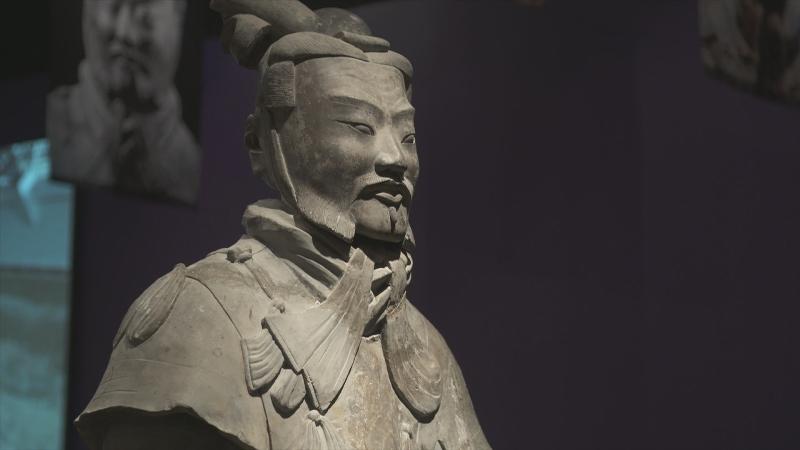 Jay Shefsky:  The larger than life figures were discovered in 1974 by a farmer digging a well. Archaeologists estimate that there are some 8,000 soldiers spread out in a burial complex covering nearly 22-square miles.

The painstaking work continues to this day. And only about a third of the warriors have been excavated so far.

Also found were bronze figures, like these chariots and horses. And in addition to warriors, there were acrobats, musicians and exotic animals to entertain the emperor in the afterlife.

Tens of thousands of workers are thought to have spent some 30 years creating the terra-cotta army.

Feinman: It was a tremendous investment of people and resources to construct this world of his afterlife. 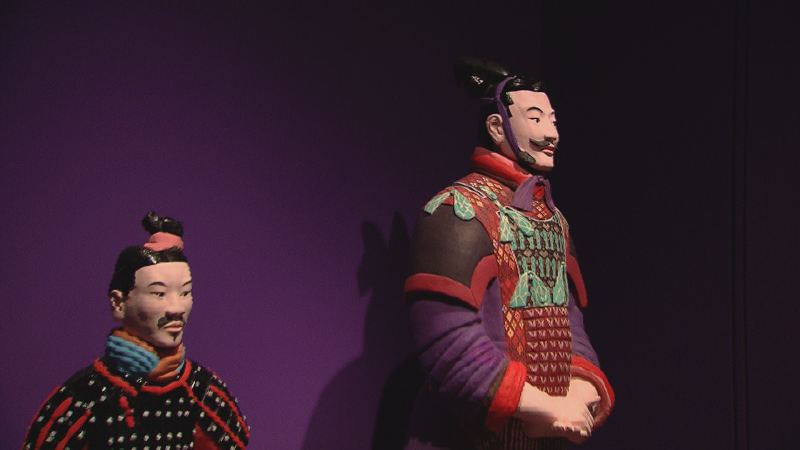 Shefsky: When they were discovered, most of the clay figures were colorless, but traces of color remained. And the exhibit includes these replicas, painted in the vivid purple, teal and red that the terra-cotta army is believed to have worn.

Also, an interactive monitor allows visitors to manipulate a virtual warrior and add back the color removed by time.

Each soldier appears to be custom made, with unique facial expressions and details.

Shefsky: The exhibit also includes items developed during of Emperor Qin's reign, like advancements in military technology, a single currency and a standard form of writing.

And, of course, nine of the famed terra-cotta warriors. For “Chicago Tonight,” this is Jay Shefsky.

"China's First Emperor and His Terracotta Warriors" runs through Jan. 8, 2017. The exhibit was organized in partnership with Shaanxi Provincial Cultural Relics Bureau, Shaanxi Cultural Heritage Promotion Center, and Emperor Qin Shihuang’s Mausoleum Site Museum of the People’s Republic of China. Entrance to this exhibit is not covered by basic admission. For more information about the exhibit and ticket information, visit the Field Museum’s website. 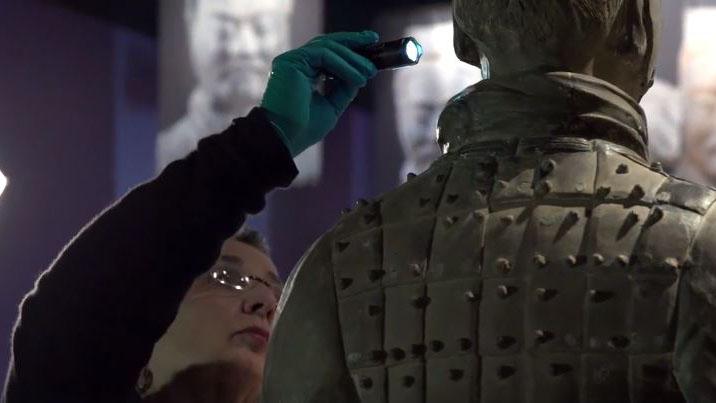 Warriors don't just unpack themselves. At the Field Museum, it takes almost three hours to unpack just one of the terra-cotta "warriors" – the Chinese statues on display in a new exhibition. 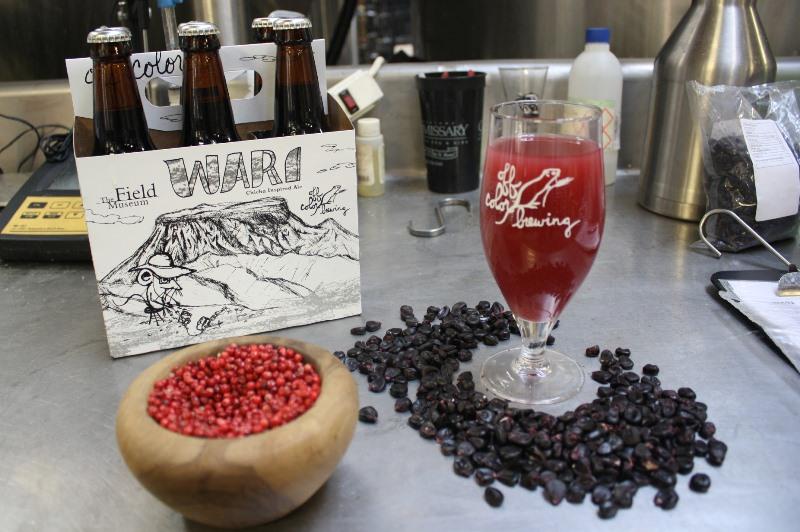 Try Some Ancient Beer via the Field Museum
Double IPAs not doing it for you? How about some beer from an ancient Peruvian society.