Ask Geoffrey: How the 'L' Do You Spell That?

In this edition of Ask Geoffrey, Geoffrey Baer tackles three questions about Chicago's beloved rapid transit system, including the various spellings of the system, old downtown entrances between elevated stations and Loop stores and a mysterious tunnel a viewer spotted while riding the Blue Line. 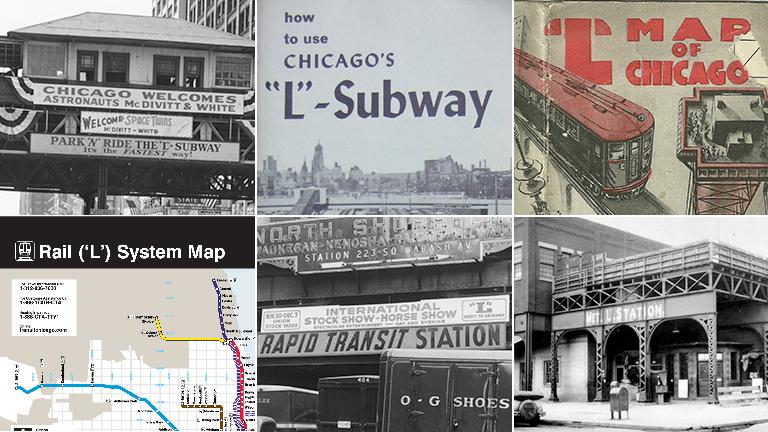 What is the proper spelling of the term to describe El trains? Some spell it "L," some spell it "el." I remember Royko articles where he spelled it "el."  This subject was never an issue until the popularity of the Internet arose and the masses started spelling it "L." The only instance to justify use of an "L" is to signify that it circled the Loop.

Our first stop to answer this question decisively was the CTA website. Here’s their map of the ‘L’ – note the capital ‘L’ with single quotes. It’s been the ‘L’ and not the E-L all the way back to 1892, well before the Chicago Transit Authority even existed. 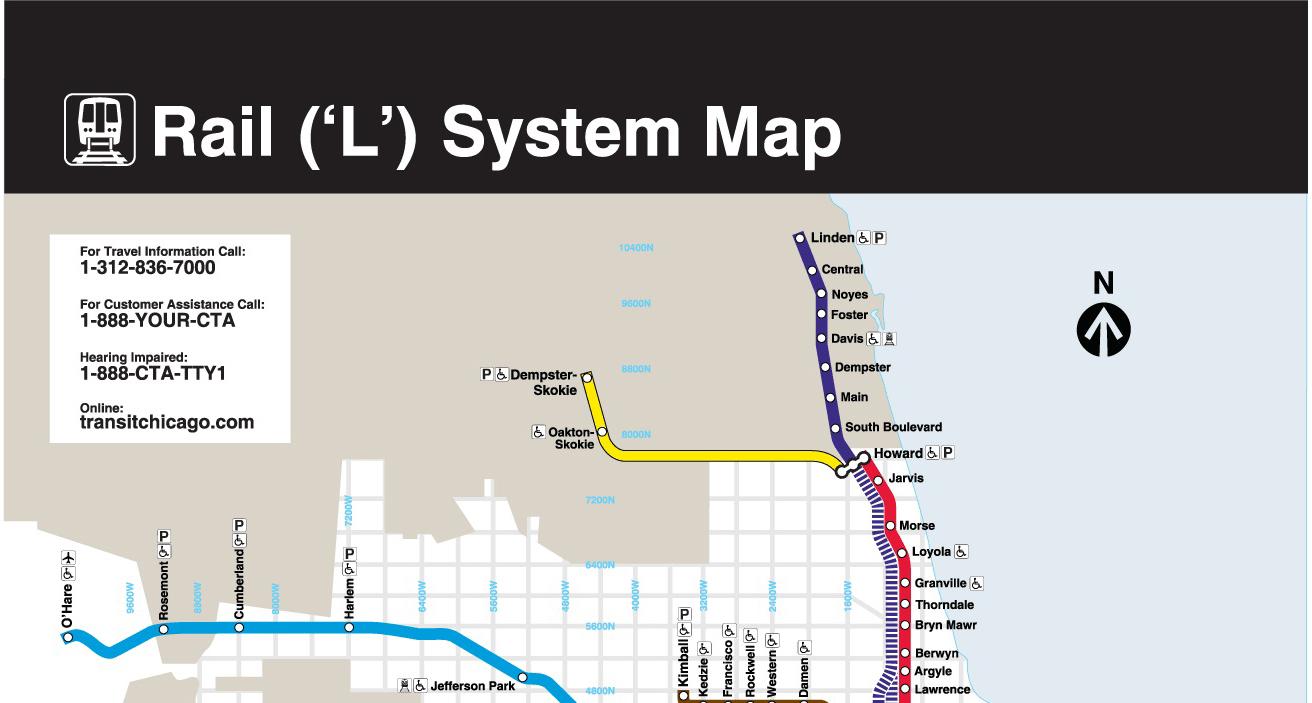 Before the ‘L’ was all one system under a single authority, the lines were run by separate private companies. The first line was the South Side Rapid Transit Railroad Company, which was created in part to transport people to the World’s Fair in 1893 (and the trains were pulled by steam engines!).

Here’s the Stony Island Avenue Station near the Fair – you can see the sign calls it the ‘Alley L.' So it was the ‘L’ from basically day one. 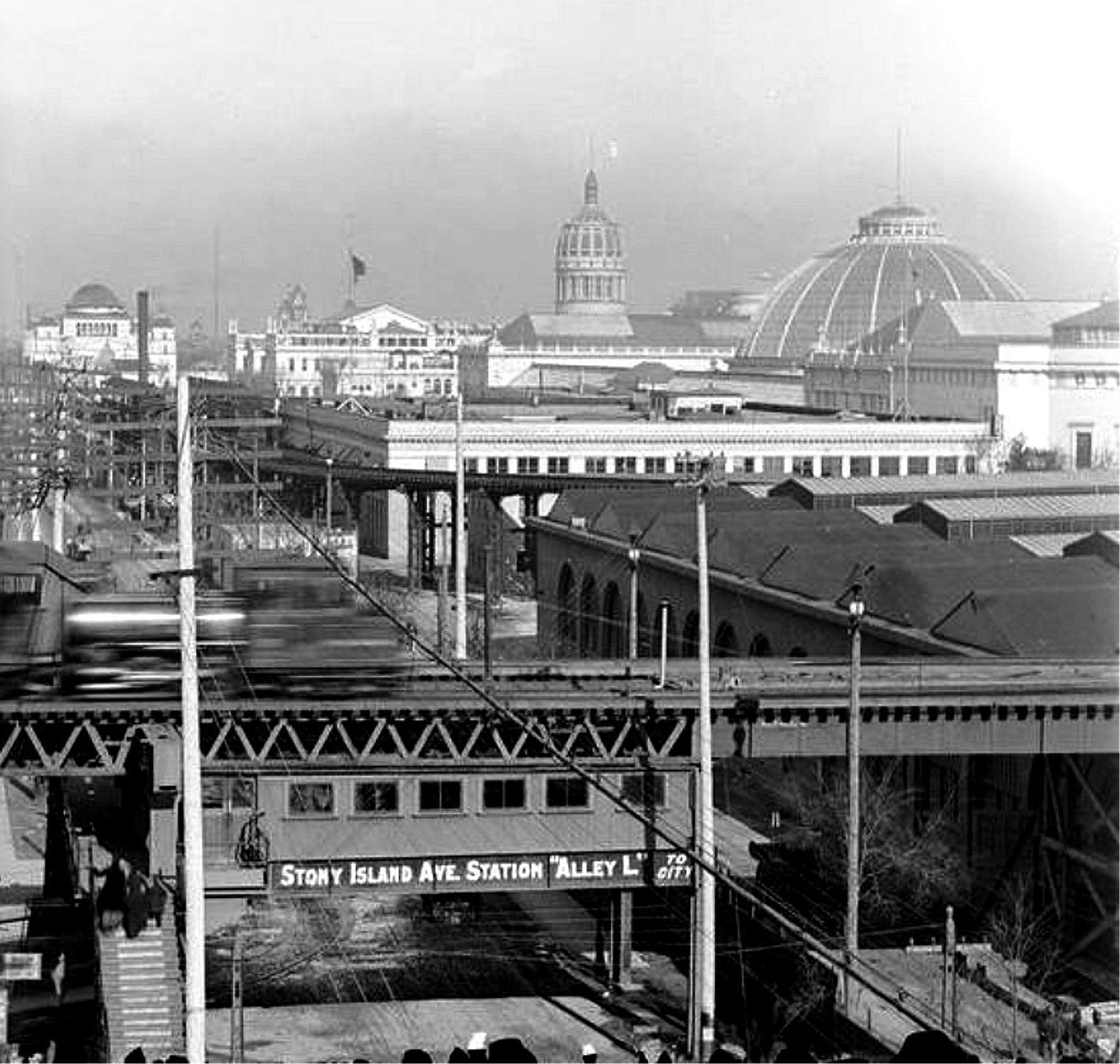 So, why ‘L’ without the “E”? Our viewer suggested that it had something to do with the Loop, but since it was in use before any trains actually circled the Loop, we know that’s not right.

Why they went with just the L and not the E-L is not conclusively known, but both CTA historian Graham Garfield and CTA scholar Greg Borzo speculate that this was probably an early example of what we’d now call branding. They took a generic term that could apply any city’s elevated rail system and put a Chicago twist on it. Other places use E-L as short for elevated, and obviously when you say it out loud, it sounds the same, but the ‘L’ refers specifically to Chicago’s system, and our CTA experts say they know of no other elevated rail system in operation today that goes by ‘L’, L, or “L."

This could just be a faulty memory. On the Wabash side of the elevated train downtown, I thought there was access at one of the stops directly into a store ... maybe Marshall Fields? As I ride along the route now, I can't see where that entrance might have been. Did I dream this? 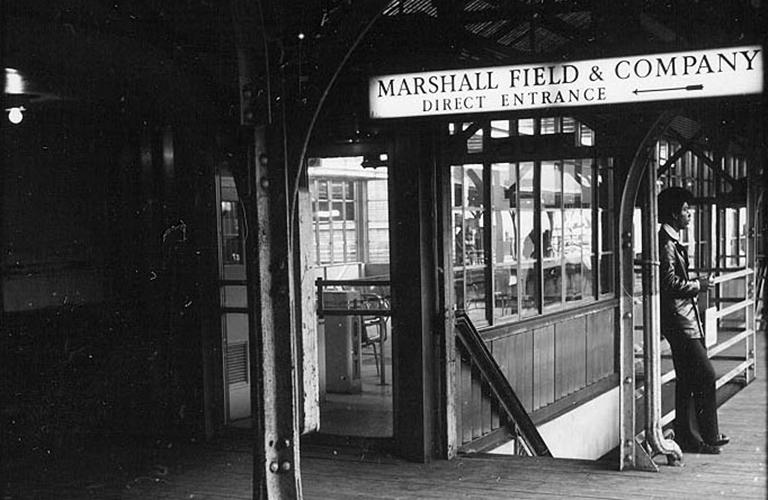 Not only was there an "L" entrance bridging from the Randolph and Wabash elevated station to the Marshall Field’s store, many stores and buildings in the Loop had dedicated entrances from the elevated stations as well as from the subway.

The first and most famous such entrance led from the Madison and Wabash station to Carson Pirie Scott, which was called the Schlessinger and Meyer Department Store back in 1900 when the bridge was built. Some referred to it as the “crystal bridge." Architect Louis Sullivan made the bridge every bit as ornate as the store, which of course he also designed. 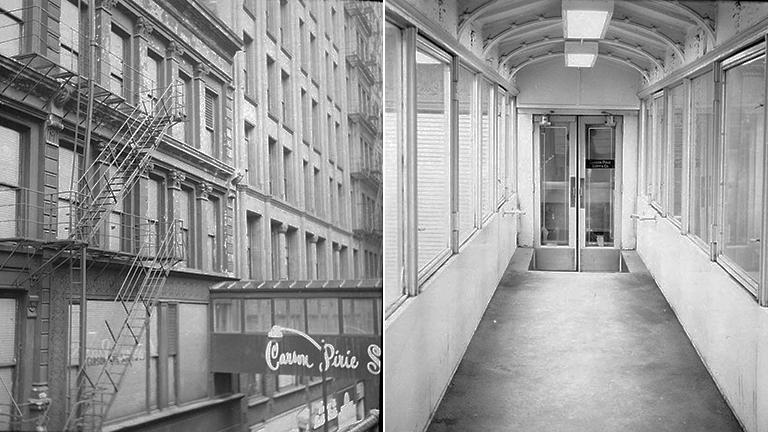 Sullivan’s bridge caused some controversy between Charles Yerkes, the owner of the Union Elevated rail line and Mayor Carter Harrison Jr. Harrison argued that it was an unauthorized private use of the public way, but Yerkes prevailed.

Other stores in the Loop quickly followed suit with their own entrances, like Goldblatt’s and Sears and Roebuck. 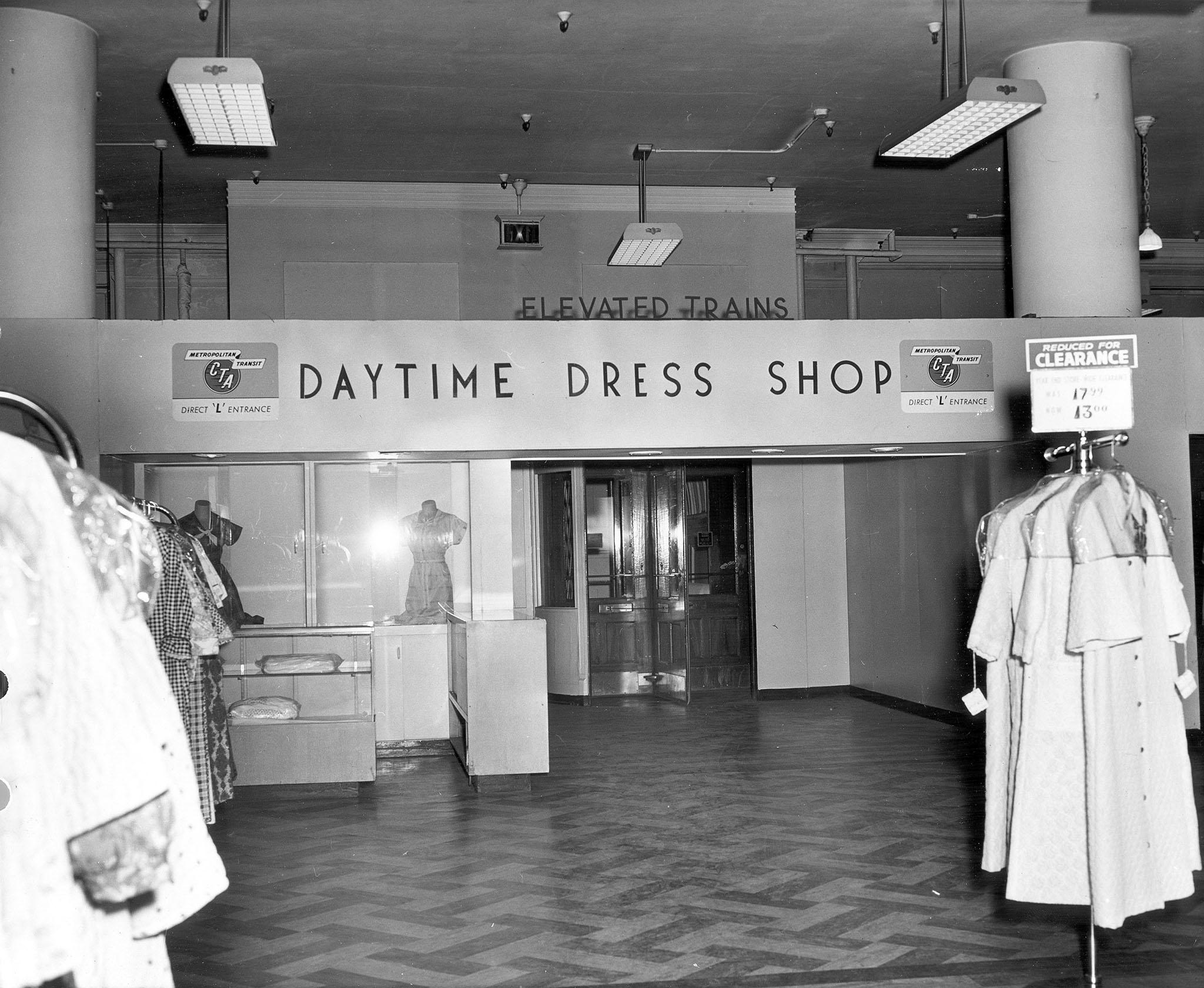 As convenient as they were, the bridges were expensive and difficult to maintain. The Sullivan Bridge was destroyed in 1975 according to Ward Miller at Preservation Chicago (though you can still see a ghost entrance where it connected to the building today). Over the years, all but one direct above-ground entrance has been removed – the bridge leading to the Merchandise Mart is still intact. 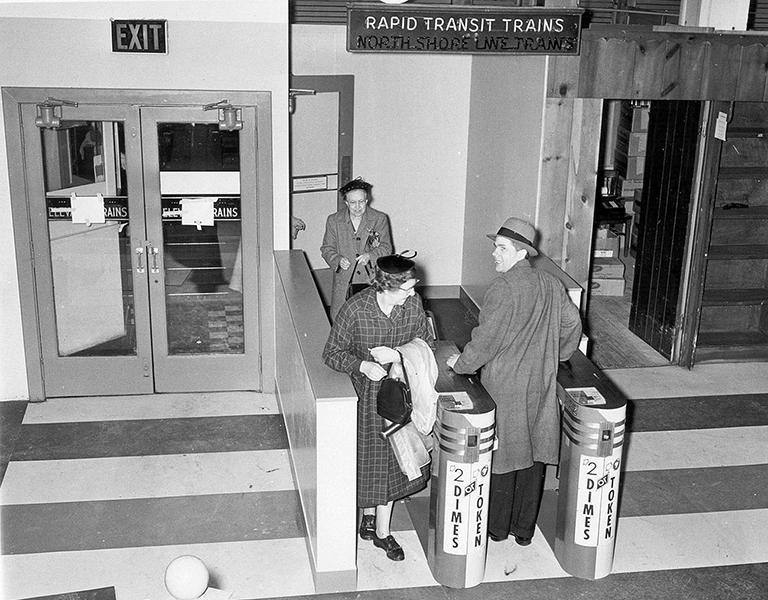 One more thing about the Madison and Wabash station with the entrance to Carson’s: that train station built in 1896 was the last original station house on the east side of the Loop. It was removed in 2015 for construction of a new station that’s now under way. But five sections of the house were rescued by Preservation Chicago. The organization is still looking for a permanent home for the preserved station, but in the meantime, the pieces are on display at the nonprofit reclaimed building materials store Rebuilding Exchange. Members of the public can check them out at the warehouse at 1740 W. Webster Ave.

I noticed when travelling northbound on the Blue Line, there is a tunnel to the left between the Lake and Grand stations. Was this going to be another line to a different part of the city? 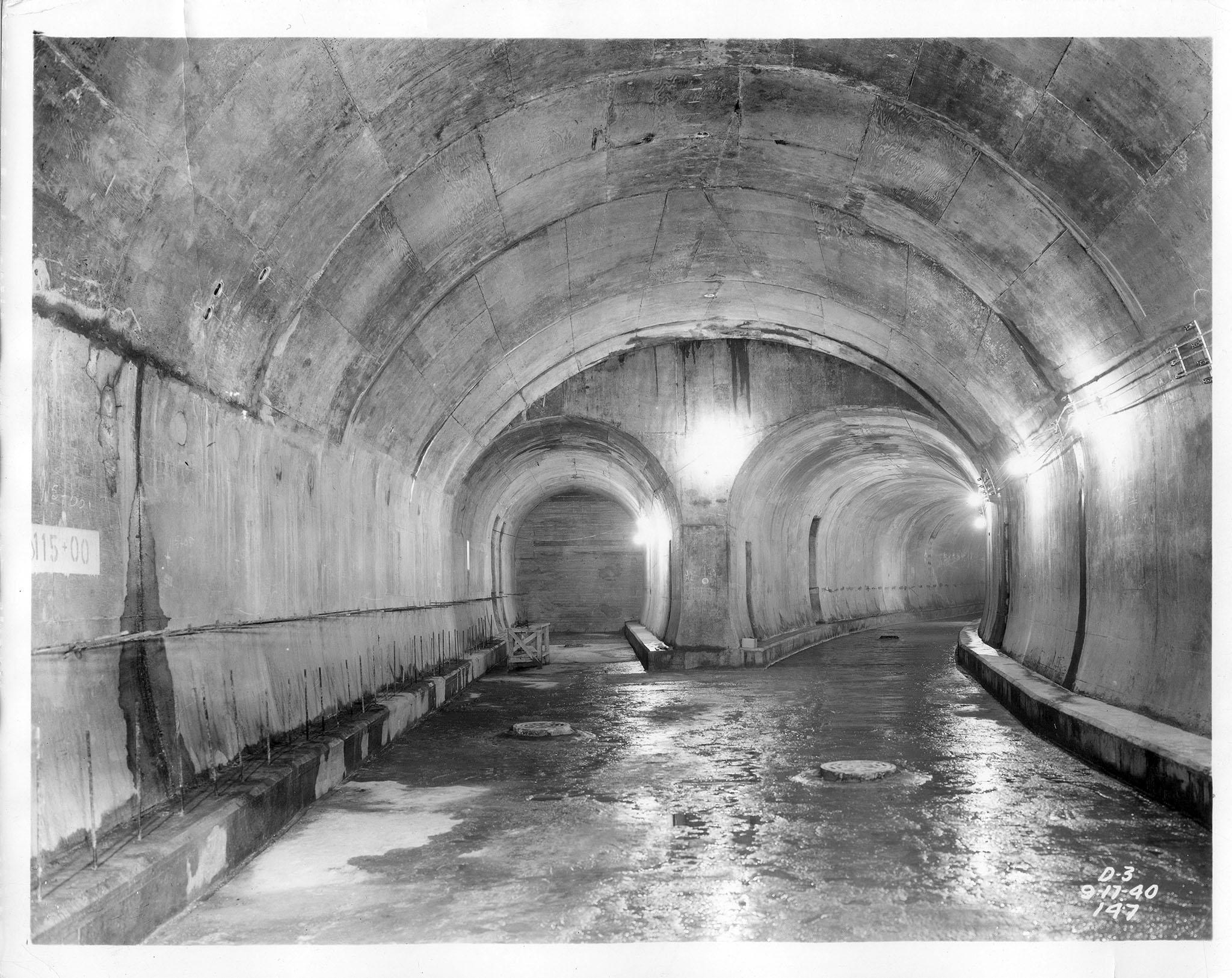 What our viewer is seeing is a short tunnel to nowhere that branches off of the Dearborn subway at about the point where it passes under the Chicago River north of the Loop, not far from the Merchandise Mart. It’s called a spur and there’s also a spur tunnel off the southbound track. They’re a glimpse into a kind of alternate history of the CTA rapid transit system. You can see the spur on the northbound side in the CTA’s Ride the Rails video of the Blue Line to O’Hare  – the spur makes its appearance about 30 seconds after leaving the Clark/Lake station. 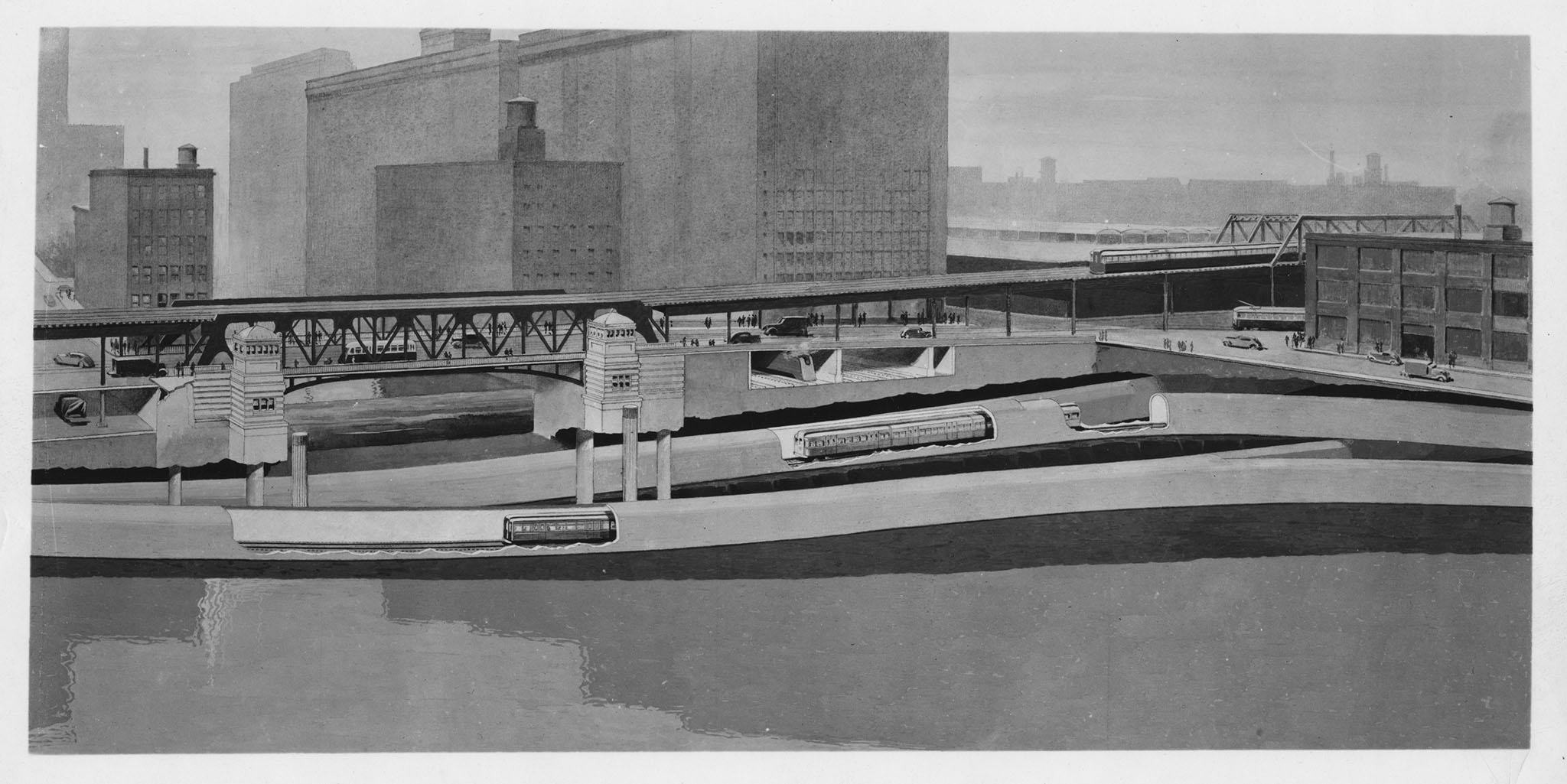 The spurs were put in place when the subway was built in the 1940s to allow for future subway extensions that have not yet come to pass. In a rather clever bit of foresight, the northbound and southbound subway tunnels are actually at different depths in that area with the southbound tube closer to the surface and the northbound tube deeper underground. They were configured this way so that when the future tunnels were connected up to the spurs trains would have been able to pass above or below each other in different tunnels without having to wait on other trains to pass – basically an underground flyover (a flyunder!).

Graham Garfield at the CTA described a number of different proposals from the 1930s through the 1960s that would have connected the spurs to tunnels under Lake Street, Western Avenue, Clinton Street and a new Loop subway under Franklin Street. Obviously none of those extensions was ever built, but as Graham Garfield points out, should a tunnel someday be built, those spurs created decades ago will save quite a bit of money and effort.