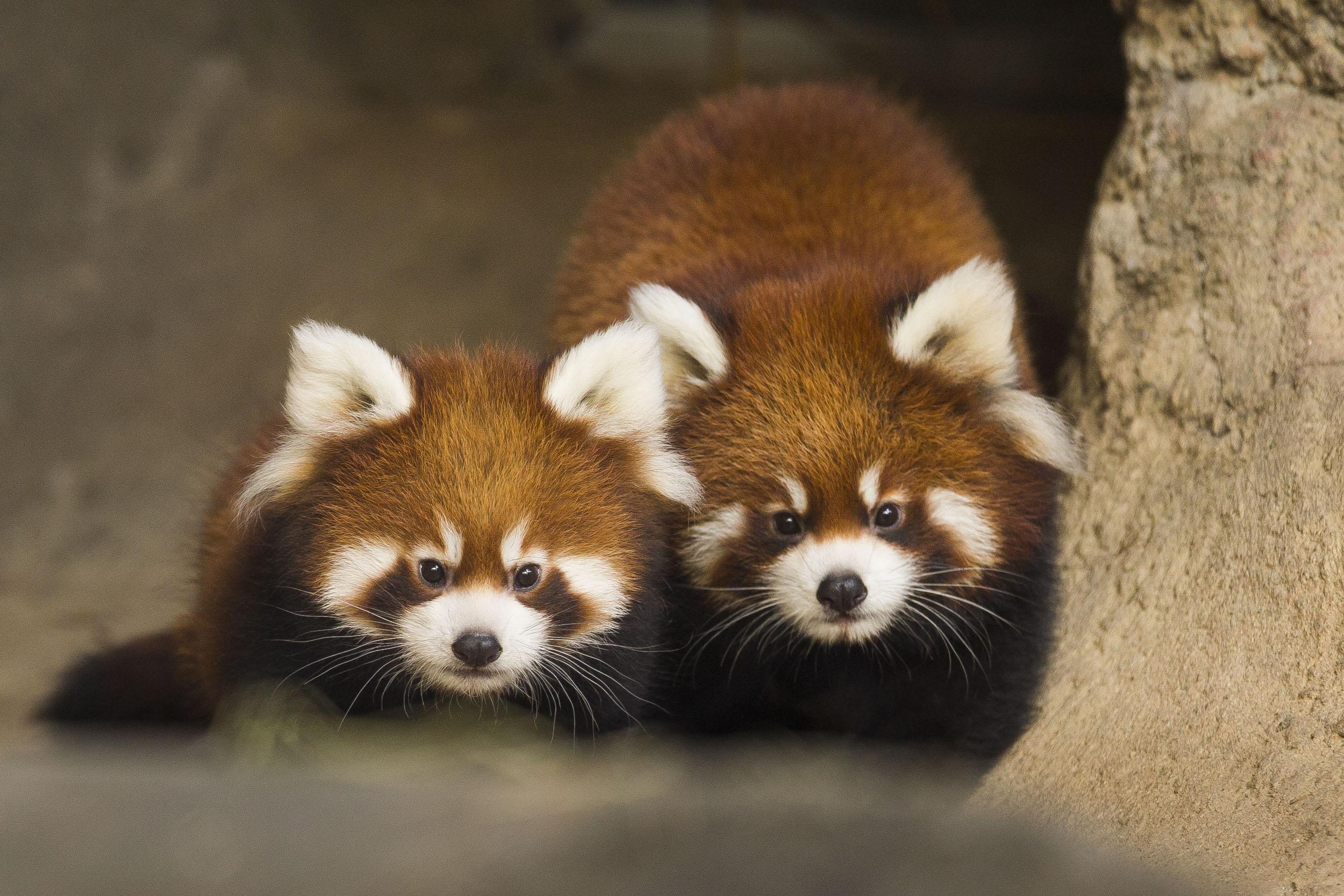 The Lincoln Park Zoo’s first-ever red panda cubs are on their way out of town after meeting the public less than four months ago.

Clark and Addison, the nearly 8-month-old cubs named in honor of Wrigley Field's cross streets, will be moved to other institutions as recommended by the Association of Zoos and Aquariums’ Red Panda Species Survival Plan (SSP). The nonprofit manages the animal populations of North America’s accredited zoos and aquariums.

Moving the cubs will spread out the species’ distribution and allow other facilities to take an active role in conservation. Since the cubs’ June 26, 2015 births, the red panda’s conservation status has moved from threatened to endangered.

“While we are sad to see them leave Chicago, these cubs have brought much needed attention to this species and its decreasing population," said general curator Dave Bernier in a press release issued by the zoo.

The cubs' departure from home isn’t wholly unnatural. In the wild, young red pandas typically leave their mother’s side by the start of next year’s mating season. Since their births last summer to resident red pandas Leafa and Phoenix, the cubs have become more independent, according to zoo officials.

Now that breeding season is upon us and Leafa and Phoenix are a proven match, the zoo is hoping the adult red pandas will produce more offspring later this year. 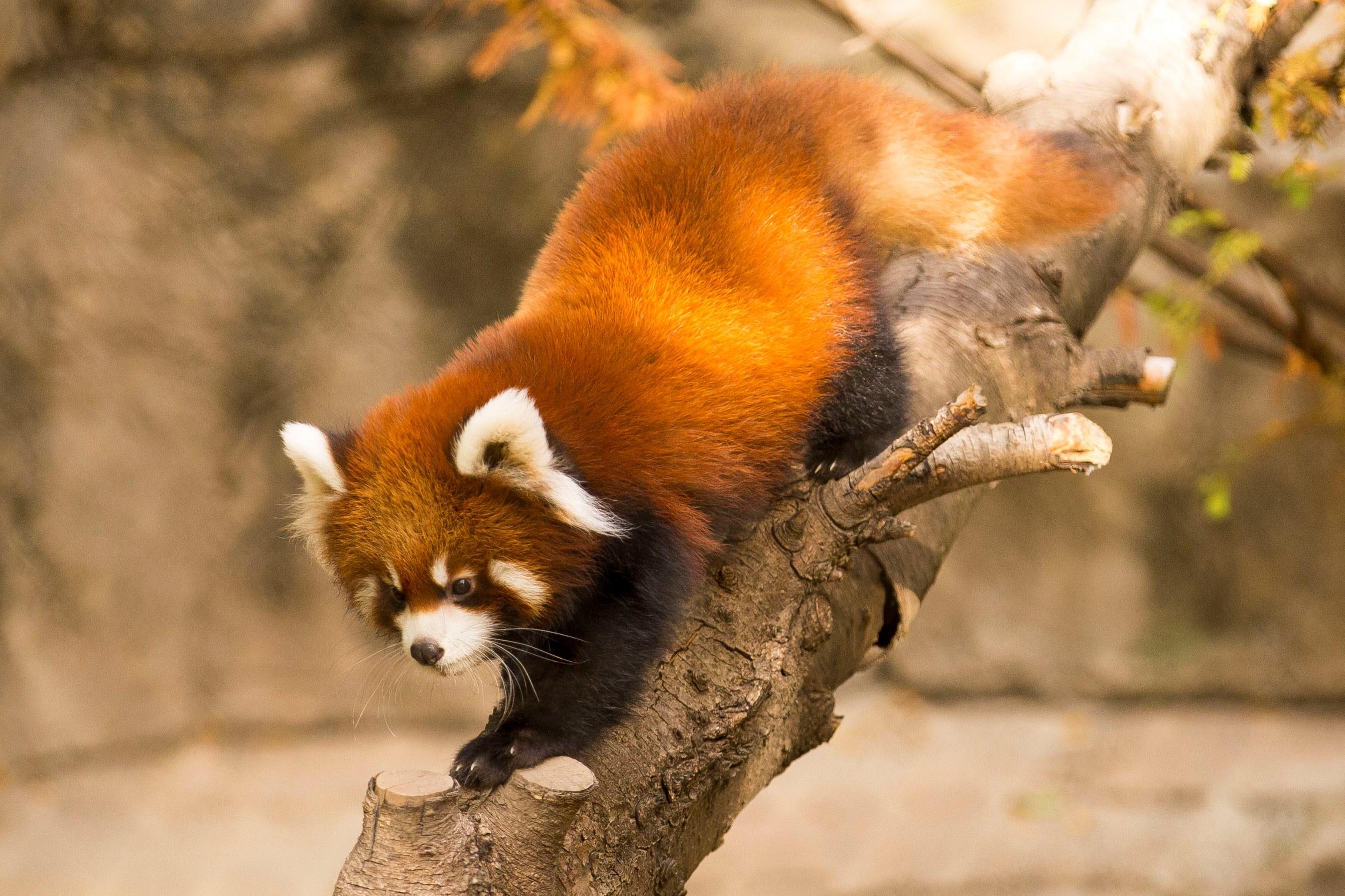 The average lifespan of red pandas in the wild is eight years, but they can live up to 15 years in captivity. (Todd Rosenberg / Lincoln Park Zoo)

Precisely when or where the cubs will go hasn't been indicated, although the zoo says the move will happen in the next couple weeks. Bernier said they’ll likely end up at two separate institutions.

Red pandas are native to the eastern Himalayan Mountains located in India, Nepal, Bhutan and southern China. They’re typically solitary animals, except during mating season, and spend most of their time in trees. Deforestation from logging and agriculture is having a harmful effect on their natural habitat and survival, according to National Geographic. 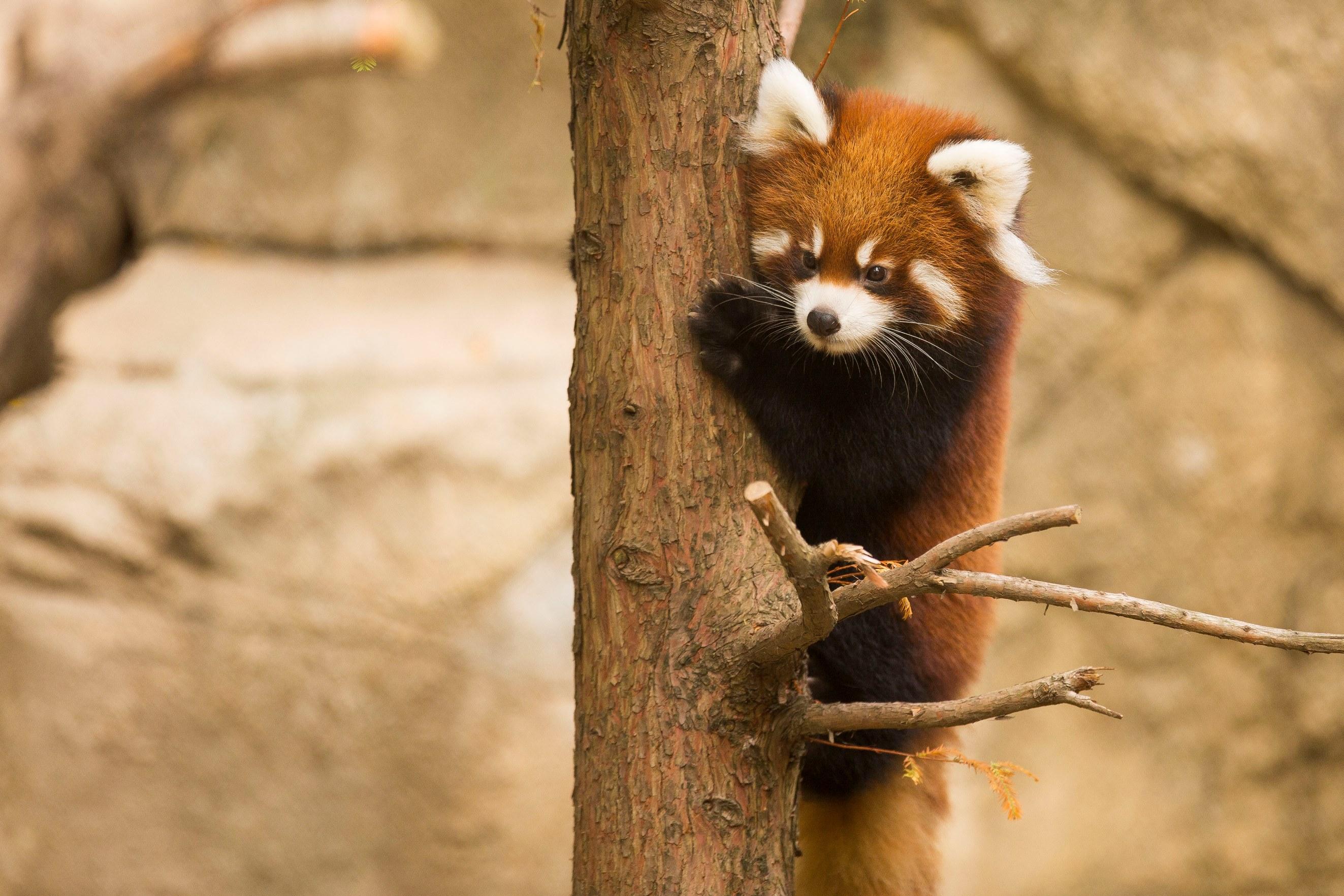 The red panda's average length from head to body is 20 to 26 inches. Its tail, which is used to keep it warm in cold weather, averages an additional 12 to 20 inches. (Todd Rosenberg / Lincoln Park Zoo)

The classification of red pandas has been a head-scratcher for zoologists since the species was discovered. They’re slightly larger than domestic cats and resemble raccoons. They also share characteristics with giant pandas, like having an extended wrist bone, or “false thumb,” used to strip bamboo, a staple of both species’ diet. But the red panda is neither a member of the Procyonidae (raccoon) nor the Ursidae (bear) biological families. Instead, the species is classified under its own distinctive family: the Ailuridae.

The word "panda" is inextricably linked to the giant panda in popular culture, but it was first used to describe the red panda by French zoologist Frederic Cuvier in 1825, 48 years before the first scientific recording of a giant panda.

The zoo recommends anyone hoping to catch a glimpse of the cubs visit soon and early in the day: the little guys are most active in the morning. 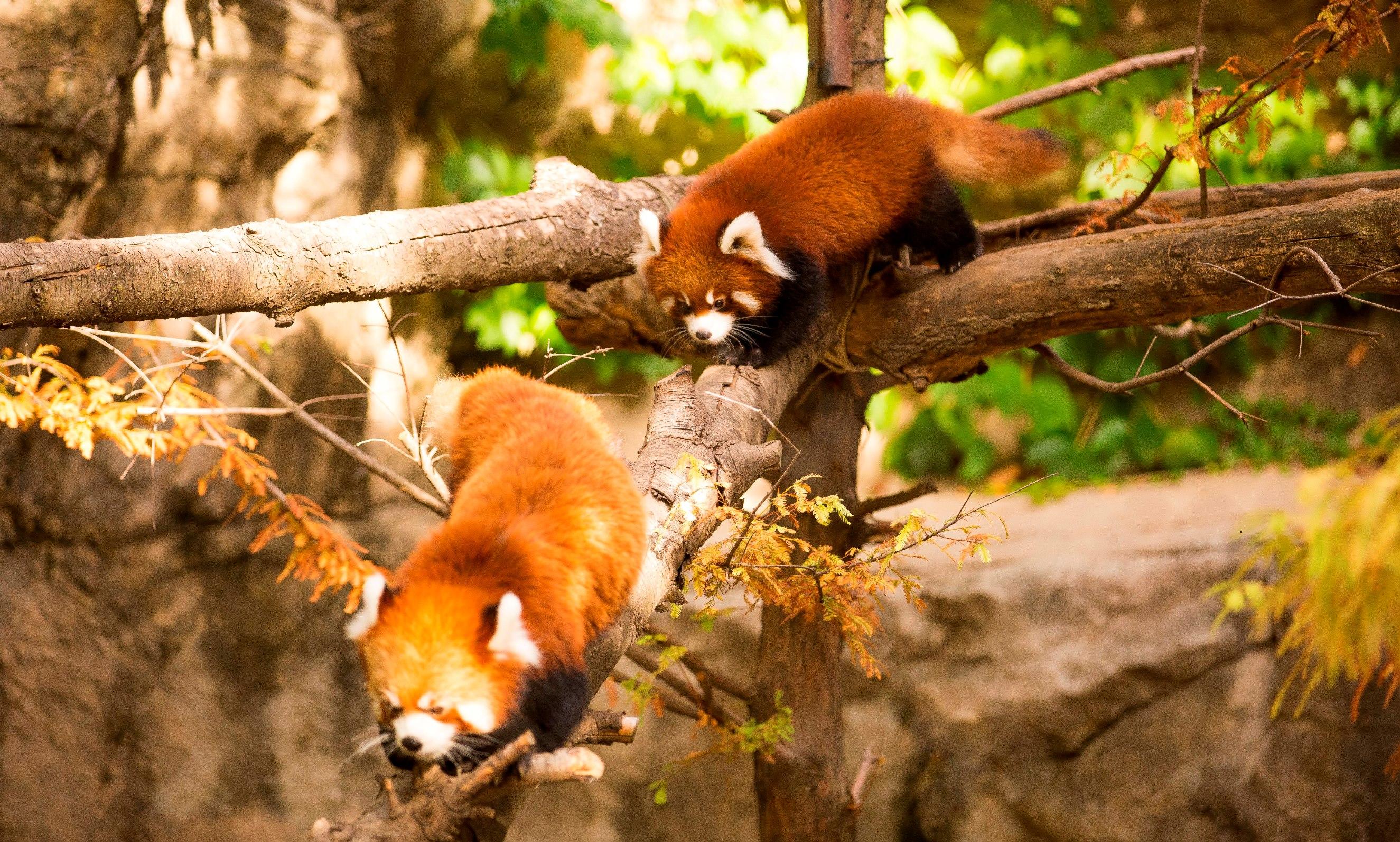