Eric Weiner likes to take on big ideas, and he loves to travel. He is the best-selling author of "The Geography of Bliss," in which he searched for the happiest places on Earth.

In his new book, "The Geography of Genius: A Search for the World's Most Creative Places from Ancient Athens to Silicon Valley," he explores what it is about certain places in time and space that foster genius.

“There are three ingredients that are necessary. I call it the three D’s: discernment, diversity and disorder,” Weiner said of the characteristics that make for genius hotspots. “I mean intellectual diversity—different ideas, openness to different ideas. Discernment: separating the good ideas from the bad ones. We often overlook this ingredient but it’s hugely important ...

“And the third ingredient is disorder. I mean these places are not Switzerland, they are not paradise. There’s upheaval. There’s a stirring of the pot. There might even be chaos," he added. “A lot of these genius clusters, as I call them, were preceded by some catastrophe—outbreak of the plague or whatever it was that mixed things up. That mixing that chaos is important.”

The key to creating these genius hubs is conversation.

“That’s really one of the keys to these genius places: it’s that there is conversation but kind of a freewheeling, intellectual discourse that we don’t always have today to be honest,” he said. “Everything was in-bounds. You could say anything. You could discuss anything, and it was out of this intellectual ferment that these brilliant ideas emerged.”

Read an excerpt from "The Geography of Genius," below.

THE LIGHT. MAYBE IT WAS THE LIGHT. 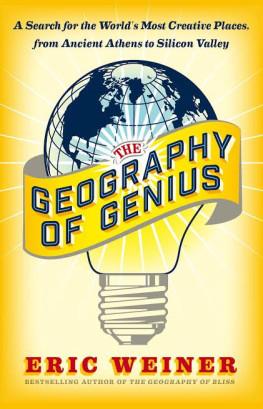 The thought shimmies into my sleep-starved brain, strutting with the awkward bravado of a tweedy classicist on crack. Yes, I think, blinking away the hours of stale Boeing air, the light.

Most light doesn’t do much for me. It’s nice, don’t get me wrong. Preferable to darkness, sure, but strictly utilitarian. Not the light in Greece. Greek light is dynamic, alive. It dances across the landscape, flickering here, glowing there, constantly and subtly shifting in intensity and quality. Greek light is sharp and angular. It’s the sort of light that makes you pay attention, and as I would soon learn, paying attention is the first step on the road to genius. As I glance out my taxi window, shielding my eyes from the painfully bright morning sun, I can’t help but wonder: Have I found a piece of the Greek puzzle?

I hope so, for it is a daunting puzzle, one that has stumped historians and archaeologists, not to mention the Greeks themselves, for centuries. The question that nags is this: Why? Or, more precisely, why here? Why did this well-lit but otherwise unremarkable land give rise to a people unlike any other the world had seen, a people, as the great classicist Humphrey Kitto put it, “not very numerous, not very powerful, not very organized, who had a totally new conception of what human life was for, and showed for the first time what the human mind was for”?

This incredible flourishing didn’t last long. Yes, “classical Greece” is officially considered a 186-year period, but the apex of that civilization, sandwiched between two wars, only lasted twenty-four years. In human history, that’s a lightning flash across the summer sky, the flicker of a votive candle, a tweet. Why so brief ?

Ancient Greece. As the taxi slows to a crawl (rush-hour traffic not being something the ancients had to contend with), I ponder those two words. They make me shrink, embarrassed by how much I don’t know, bored with the little I do. When I think of the Greeks—if I think of them at all—images of gray men joylessly pondering life’s imponderables spring to mind. What can they possibly do for me? I have bills to pay and e-mails to send and deadlines to meet. The ancient Greeks seem about as relevant to my life as the rings of Saturn, or trigonometry.

Not for the first or last time, I am wrong. The truth is, no ancient peoples are more alive, more relevant today, than the Greeks. We are all a little bit Greek, whether we know it or not. If you’ve ever voted or served on a jury or watched a movie or read a novel or sat around with a group of friends drinking wine and talking about anything from last night’s football game to the nature of truth, you can thank the Greeks. If you’ve ever had a rational thought or asked Why? or gazed at the night sky in silent wonder, then you have had a Greek moment. If you’ve ever spoken English, you can thank the Greeks. So many of our words sprang from their rich language that a Greek prime minister once gave an entire speech, in English, using only Greek-derived words. Yes, the Greeks brought us democracy, science, and philosophy, but we can also thank (or curse) them for written contracts, silver and bronze coins, taxes, writing, schools, commercial loans, technical handbooks, large sailing ships, shared-risk investment, absentee landlordism. Nearly every part of our lives is inspired by the Greeks, including the very notion of inspiration. “We think and feel differently because of the Greeks,” concludes historian Edith Hamilton. 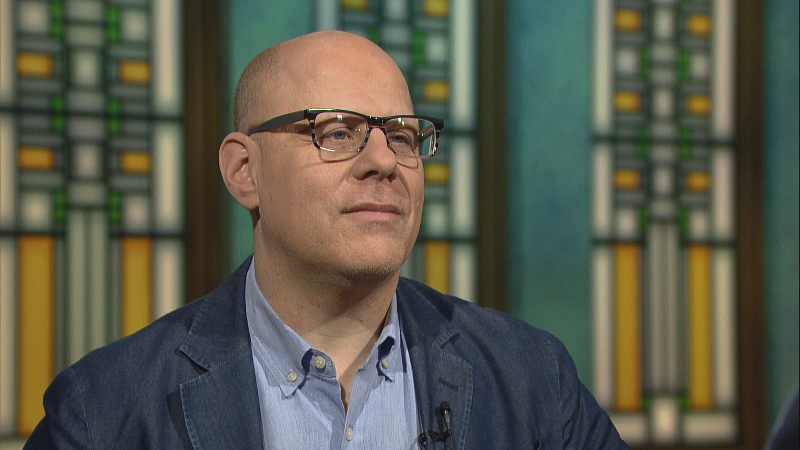 Eric Weiner My taxi stops in front of a tired three-story building that, except for a small sign that says TONY’S HOTEL, is indistinguishable from all the other tired three-story buildings. I step into the alleged lobby, a white-tiled room that looks more like someone’s basement, piled high with rickety chairs, broken coffee machines—possessions you no longer need but, out of sentimentality or inertia, can’t bear to part with. Like Greece itself, Tony’s Hotel has seen better days.

So has Tony. The Greek sun has etched deep lines on his face; the Greek cuisine has inflated his gut to monumental proportions. Tony is all rough edges and sweetness, a throwback to an older, drachma Greece. Less euro; more endearing. Like many Greeks, Tony is a natural performer. He speaks a little more loudly than necessary and swings his arms in large, theatrical motions, no matter how mundane the topic at hand. It’s as if he’s auditioning for Greek Idol. All the time.

I plop down on my bed and thumb through the small library of books I’ve packed, a whimsical collection curated from the vast ocean of ink that ancient Greece has spawned. My eyes are drawn to a quirky, little volume called Daily Life in Athens at the Time of Pericles. It’s a pleasing antidote to the usual history, which is written from a mountaintop and is as dry as a desert. Historians typically track wars and upheavals and sweeping ideological movements like so many weather systems. Most of us, though, don’t experience weather that way. We experience it down here, not as a massive low-pressure system but as sheets of rain that slicken our hair, a crack of thunder that rattles our insides, a Mediterranean sun that warms our face. And so it is with history. The story of the world is not the story of coups and revolutions. It is the story of lost keys and burnt coffee and a sleeping child in your arms. History is the untallied sum of a million everyday moments.

Within this quotidian stew genius quietly simmers. Sigmund Freud nibbling on his favorite sponge cake at Vienna’s Café Landtmann. Einstein staring out the window of the Swiss patent office in Berne. Leonardo da Vinci wiping the sweat from his forehead at a hot and dusty Florentine workshop. Yes, these geniuses thought big, world-changing thoughts, but they did so in small spaces. Down here. All genius, like all politics, is local. From this new, terrestrial vantage point, I learn much about the ancient Greeks. I learn that they loved to dance and wonder what exactly transpired during such numbers as “Stealing the Meat” and “The Itch.” I learn that, before exercising, young men would swathe their bodies with olive oil, and that “the manly smell of olive oil in the gymnasium was considered sweeter than perfume.” I learn that the Greeks wore no underwear, that a unibrow was considered a mark of beauty, that they enjoyed grasshoppers both as pets and as appetizers. I learn a lot, but besides these peccadilloes, I learn what the Greeks produced, not how they produced it, and it is the how that I am determined to nail down.

Excerpted from THE GEOGRAPHY OF GENIUS: A Search for the World’s Most Creative Places, from Ancient Athens to Silicon Valley by Eric Weiner.  Copyright © 2016 by Eric Weiner.   Reprinted by permission of Simon & Schuster, Inc.  All Rights Reserved.

The Geography of Genius - excerpt.pdf
Tags:
eric weiner
travel book
Locations
Watch and Listen Anywhere, Anytime
Like us Follow us