According to the Centers for Disease Control, an estimated one in 68 American children has Autism Spectrum Disorder, a diagnosis that can cause their family deep concern and confusion.

Though navigating the maze of therapies and resources remains a challenge, today’s families have more options than ever thanks to a generation of trailblazing parents who refused to let their autistic children be forgotten.

A new book tells the story of some of those parents as it takes a look back at autism’s dark history of institutionalization, questionable therapies and plain bad science.

Joining us to talk about the book, “In a Different Key: The Story of Autism,” are its authors John Donvan and Caren Zucker.

“In the broadest sense, we wanted to create a new level of awareness outside of the community – to generate tolerance and acceptance,” Caren Zucker said of the book. “The idea was that by being able to see the past we could move forward into the future.”

“We wanted to be truthful but also compelling so that the book would have universal appeal,” John Donvan said. “So people could [better] understand the role that the larger society has played in defining and shaping the experiences of the people with autism.”

The book is a collection of different families’ experiences with autism. Donvan, says Donald’s story affected him the most.

“He is the first diagnosed case [of autism],” Donvan said. “By talking with him, we get to see the full lifespan of a person with autism. The kids are kids, and of course there are adults with autism and many now recognized as autism, but Donald is a figure for history.”

“He’s the inspiration. We can tell you all these stories about different people, but Donald’s story is an inspiration because he had such an incredibly successful life,” Zucker added. “The fact that it was that time in the world, yet he was able to be so successful and have such a good life – we studied him the most.”

Read an excerpt, below. 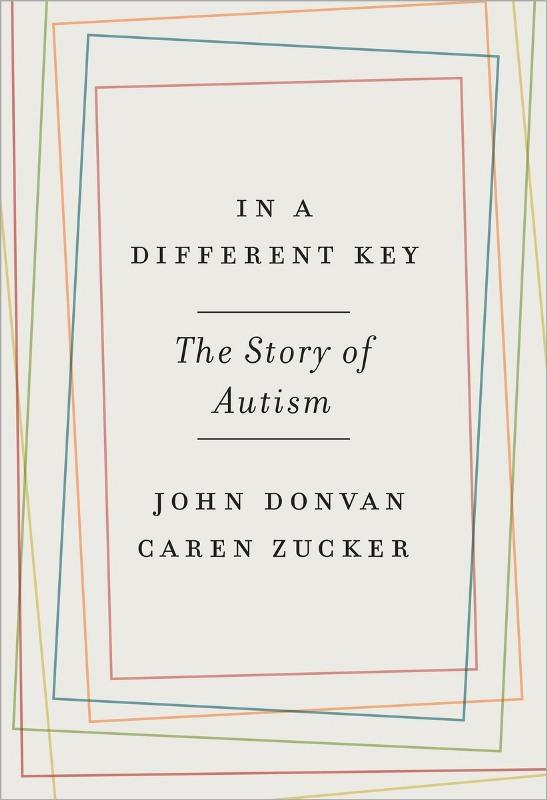 The last time the three of them had been together as a family had been just over a year earlier.  They had been driving south out of Forest, a journey of about an hour ahead of them—two at most.  But Donald, not quite four years old in that late summer of 1937, could not have been expected to understand what an hour feels like, much less guess that when the ride ended, his mother and father would disappear from his life altogether.

He was a boy who dreaded riding on or in moving objects. Tricycles provoked in him a mortal terror. He fled from swings. But ensconced between his parents in the front seat of the Buick, Donald could lean against his mother if he wanted to. True, he had never really cried for her, never fixed his gaze on her and shared a moment of tenderness. Not once during this ride would he look up at her and smile, and she knew that.

That was the hardest thing for Mary—Donald’s utter emotional indifference to her presence. The boy beside her did not seem to care in the slightest whether she caressed or kissed or hugged him. If she were to turn away and face the open window, lost in her own thoughts, he would never cling or whimper to win back her attention. One of the most basic pleasures a parent feels—that of being loved—seemed to elude her, even though the other young mothers in her circle took it for granted…

Physically, Donald was perfectly normal; he learned to sit up and walk according to the usual timetable, and even talked a little early. A weathered family album shows a small baby and then a toddler, who does, on occasion, look directly into the camera. In one shot, taken when he was probably not yet one, his gaze appears as intently focused forward as that of his grandfather, on whose right arm he perches. In another, in which he appears to be about two, Donald stands alone in the family garden, his body turned away from the camera, his hands occupied with some sort of toy vehicle. But his face and eyes are turned toward the camera, with a smile that seems aimed at the photographer, as though an instant earlier he had heard his name called, and was now glancing back over his shoulder to see who was there.

The album shows the moments of connection becoming less frequent as Donald gets older. He smiles less, and a discomfort creeps in—a discomfort in being held, or made to sit still, or compelled to look “natural” with the parents and aunts and grandparents who stand near him in billowing blouses, bow ties, straw hats, and suspenders. In nearly every frame, everyone grins big and focuses their attention on the camera—everyone but Donald, who peers off in random directions, his bare arms and legs limp.

Mary had to admit to herself that Donald was not “normal,” whatever normal meant. Neither, any longer, was Mary’s life as his mother. All her hours now belonged to Donald, even as he reached an age when children start to become more self-sufficient…

And so, as the three of them motored south that day on Mississippi 35, perhaps Mary let herself think that her presence next to Donald helped him relax. Perhaps, on a certain level, she was right. Inside the car, she represented the familiar. Everything outside would have hurtled at Donald in a raucous rush of unpredictability—the very thing that rattled him most. The passing sights and sounds that would go unremarked upon by most of us—the ugly belch of a tractor churning smoke in a field; a flapping mass of laundry on a clothesline; the unexpected sound of a car radio crackling from the window of an on- coming car; not to mention the rocking and rumble of the car he was in—would have unfolded in a startling, spontaneous riot, faster than Donald’s mind could make sense of it. It’s easy to imagine him leaning into his mother’s side in the face of this onslaught, not necessarily to get her attention, but because she served as a constant in his life. She was the same as always, exactly how he needed things to be.

Adapted from IN A DIFFERENT KEY: THE STORY OF AUTISM Copyright © 2016 by John Donvan and Caren Zucker. Published by Crown Publishers, an imprint of Penguin Random House LLC, on January 19, 2016. 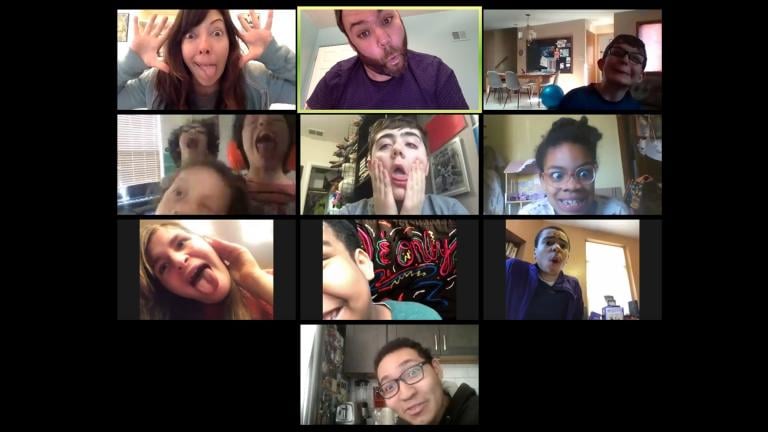 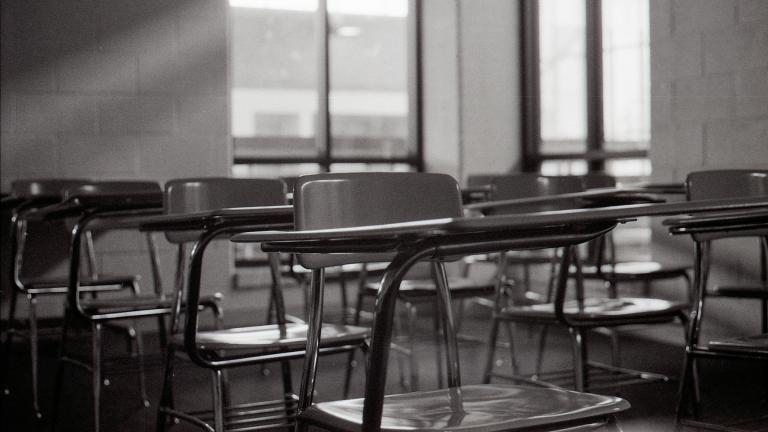 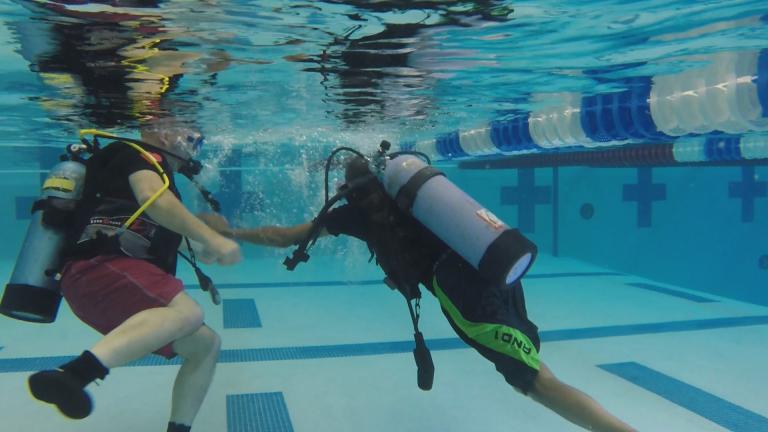 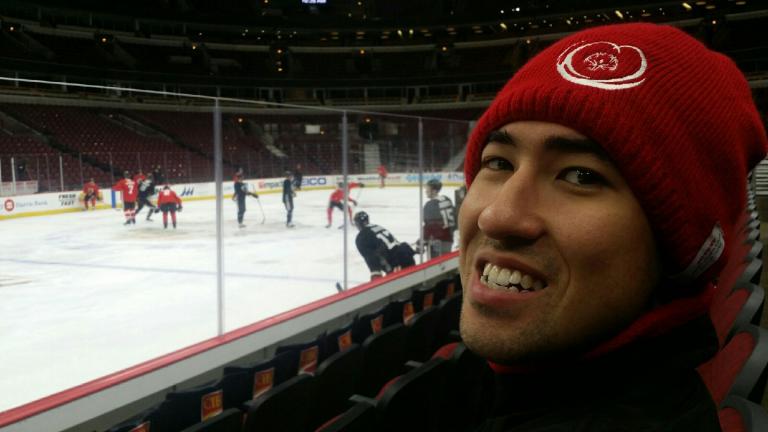