There's no such thing as a true free market: That's the bold proposition former Labor Secretary Robert Reich makes in his newly released book, "Saving Capitalism: For the Many, Not the Few."

Government doesn’t “intrude” on the “free market.” It creates the market.

Reich says stagnating wages and increased concentration of wealth at the top are the symptoms of a massive shift in the economic structure of the United States–and that the "government vs. free market" debate is a false dichotomy.

"You can't have a market without rules," said Reich. "I mean, we're not in a state of nature. We have rules about what property is, what contract is, fraud, bankruptcy–who can declare bankruptcy and under what conditions–all these rules, and they don't come from nowhere, they come from people. That is judges, and legislators and from administrative agencies.

But Reich's questions don't stop there.

"You go down the whole list of industries, and you see we are paying more ... in many respects, like bankruptcy–we can't use bankruptcy, most of us, but the big corporations can, and in fact the biggest banks get bailed out–the game is rigged. And if you look at the absolute detailed rules of the game, you see why it's rigged, and it's rigged because of money."

This is not Reich's first book. He's written extensively about the U.S. economy, and also a memoir about his tenure as secretary of labor under the Clinton administration.

"What I wanted to do [with] this book was really look at how money and power and wealth have interacted to keep a lot of Americans down and create a situation where more and more wealth and money goes to the top. Almost a vicious cycle, in which, as money goes up there, money can be used to get rules that create more wealth going to the top."

Watch the video to hear our full discussion with Reich on “Chicago Tonight."

In the video below, Reich illustrates what the free market is and how it works. 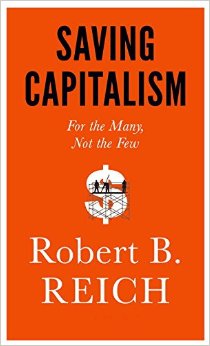 It usually occurs in a small theater or a lecture hall. Someone introduces me and then introduces a person who is there to debate me. My debate opponent and I then spend ﬁve or ten minutes sparring over the chosen topic— education, poverty, income inequality, taxes, executive pay, middle-class wages, climate change, drug trafﬁcking, whatever. It doesn’t matter. Because, with astounding regularity, the debate soon turns to whether the “free market” is better at doing something than government.

I do not invite this. In fact, as I’ve already said and will soon explain, I view it as a meaningless debate. Worse, it’s a distraction from what we should be debating. Intentional or not, it deﬂects the public’s attention from what’s really at issue.

Few ideas have more profoundly poisoned the minds of more people than the notion of a “free market” existing somewhere in the universe, into which government “intrudes.” In this view, whatever inequality or insecurity the market generates is assumed to be the natural and inevitable consequence of impersonal “market forces.” What you’re paid is simply a measure of what you’re worth in the market. If you aren’t paid enough to live on, so be it. If others rake in billions, they must be worth it. If millions of people are unemployed or their paychecks are shrinking or they have to work two or three jobs and have no idea what they’ll be earning next month or even next week, that’s unfortunate but it’s the outcome of “market forces.”

According to this view, whatever we might do to reduce inequality or economic insecurity— to make the economy work for most of us— runs the risk of distorting the market and causing it to be less efﬁcient, or of producing unintended consequences that may end up harming us. Although market imperfections such as pollution or unsafe workplaces, or the need for public goods such as basic research or even aid to the poor, may require the govern-ment to intervene on occasion, these instances are exceptions to the general rule that the market knows best. 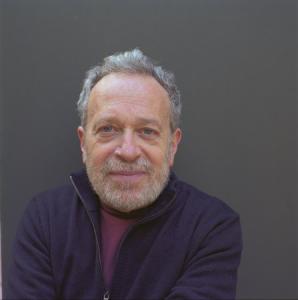 The prevailing view is so dominant that it is now almost taken for granted. It is taught in almost every course on introductory economics. It has found its way into everyday public discourse. One hears it expressed by politicians on both sides of the aisle.

The question typically left to debate is how much intervention is warranted. Conservatives want a smaller government and less intervention; liberals want a larger and more activist government. This has become the interminable debate, the bone of con-tention that splits left from right in America and in much of the rest of the capitalist world. One’s response to it typically depends on which you trust most (the least): the government or the “free market.”

But the prevailing view, as well as the debate it has spawned, is utterly false. There can be no “free market” without government. The “free market” does not exist in the wilds beyond the reach of civilization. Competition in the wild is a contest for survival in which the largest and strongest typically win. Civilization, by contrast, is deﬁned by rules; rules create markets, and governments generate the rules. As the seventeenth-century political philosopher Thomas Hobbes put it in his book Leviathan:

[in nature] there is no place for industry, because the fruit thereof is uncertain: and consequently no culture of the earth; no navigation, nor use of the commodities that may be imported by sea; no commodious building; no instruments of moving and removing such things as require much force; no knowledge of the face of the earth; no account of time; no arts; no letters; no society; and which is worst of all, continual fear, and danger of violent death; and the life of man, solitary, poor, nasty, brutish, and short.

A market— any market— requires that government make and enforce the rules of the game. In most modern democracies, such rules emanate from legislatures, administrative agencies, and courts. Government doesn’t “intrude” on the “free market.” It creates the market.

Excerpted from SAVING CAPITALISM by Robert Reich. Copyright © 2015 by Robert Reich. Excerpted by permission of Knopf, a division of Random House LLC. All rights reserved. No part of this excerpt may be reproduced or reprinted without permission in writing from the publisher.

Below, watch a trailer for “Inequality for All,” which features Reich and focuses on the widening income gap in America against the backdrop of Reich’s personal story to overcome adversity.