Along a busy stretch of Western Avenue on the North Side of the city is the newly opened West Ridge Nature Preserve. The 20-acre park includes woods, wetlands, walking paths and a 4.5-acre pond. Jay Shefsky goes for a tour.

Jay Shefsky: This stretch of Western Avenue south of Peterson seems like an unlikely place to find natural beauty. But beyond the traffic lies the new West Ridge Nature Preserve.

What was once an overgrown property owned by Rosehill Cemetery next door has gotten a $4.1 million facelift and is now an island of calm in a busy part of town.

Patrice Ceisel, the head of the park’s community advisory council has offered to show me around. She’s been sneaking into this piece of land for many years. 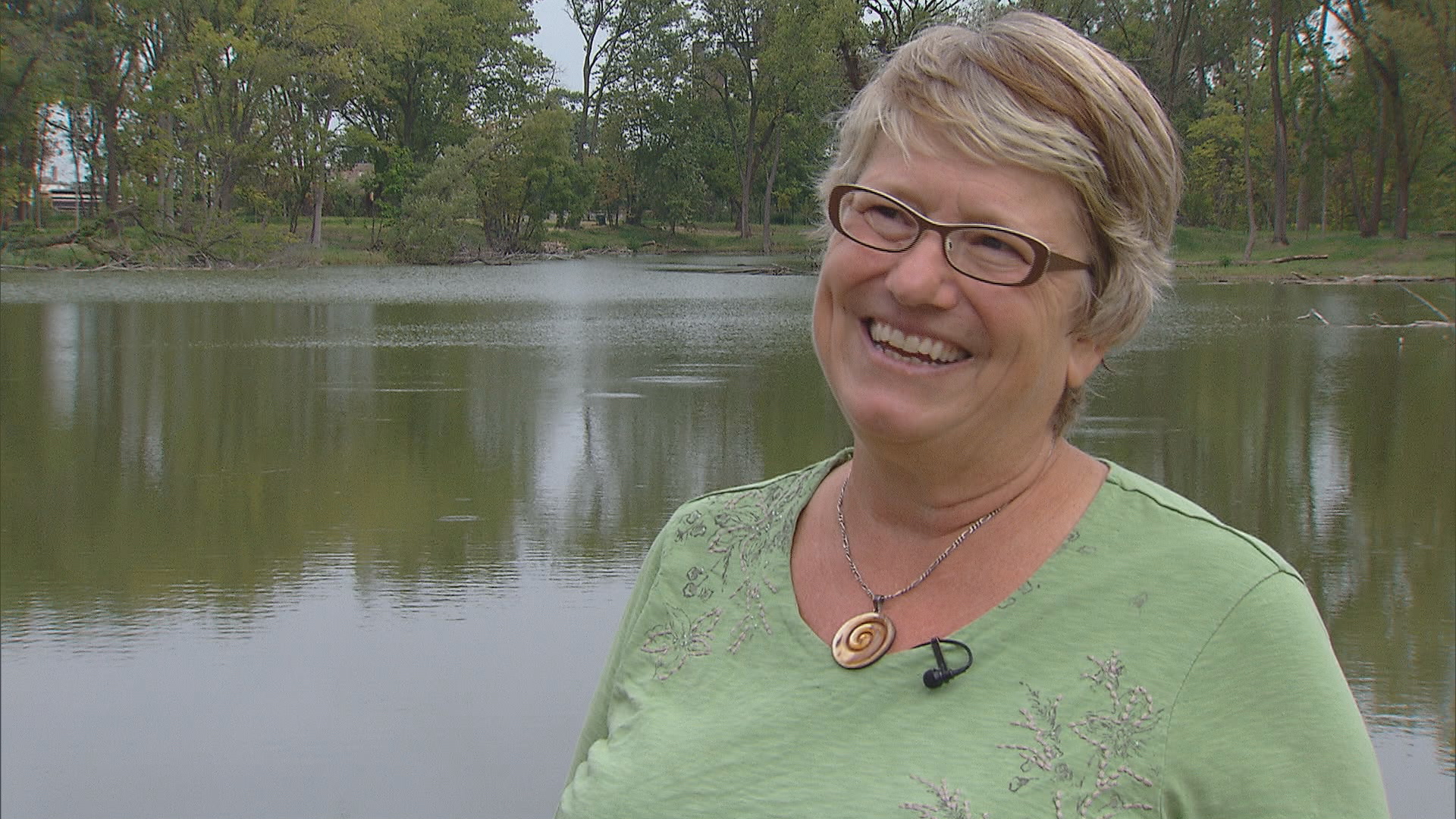 Patrice Ceisel Patrice Ceisel: It was a "no trespassing" area but everyone would come down the path and come and play in the woods here. So, I would come here with my daughter for 20 years. We'd fish in the pond, we'd climb the trees.

JS: Now, much of the underbrush has been removed, including many invasive plant species. The area has long been known as a haven for wildlife.

PC: On opening day there was a red tailed hawk. I saw a hawk catch a snake at one time, on one of my visits here.

Six hundred and eighty birds have been spotted in this area and there's 15 threatened endangered species, so for humans it’s a great way to connect with nature and for wildlife it's a critical habitat. It's just very exciting.

JS: There’s nearly a mile of paths in the park – all wheelchair accessible. Most are paved, and some are boardwalks over what’s known as an emergent wetland.

PC:  So you might not see water here year-round but water is close underneath the surface.

JS: Many new native plants have been added. Those areas still look pretty sparse, but are expected to fill in more in the years ahead.

Some might find the park a little noisy, but that’s to be expected. 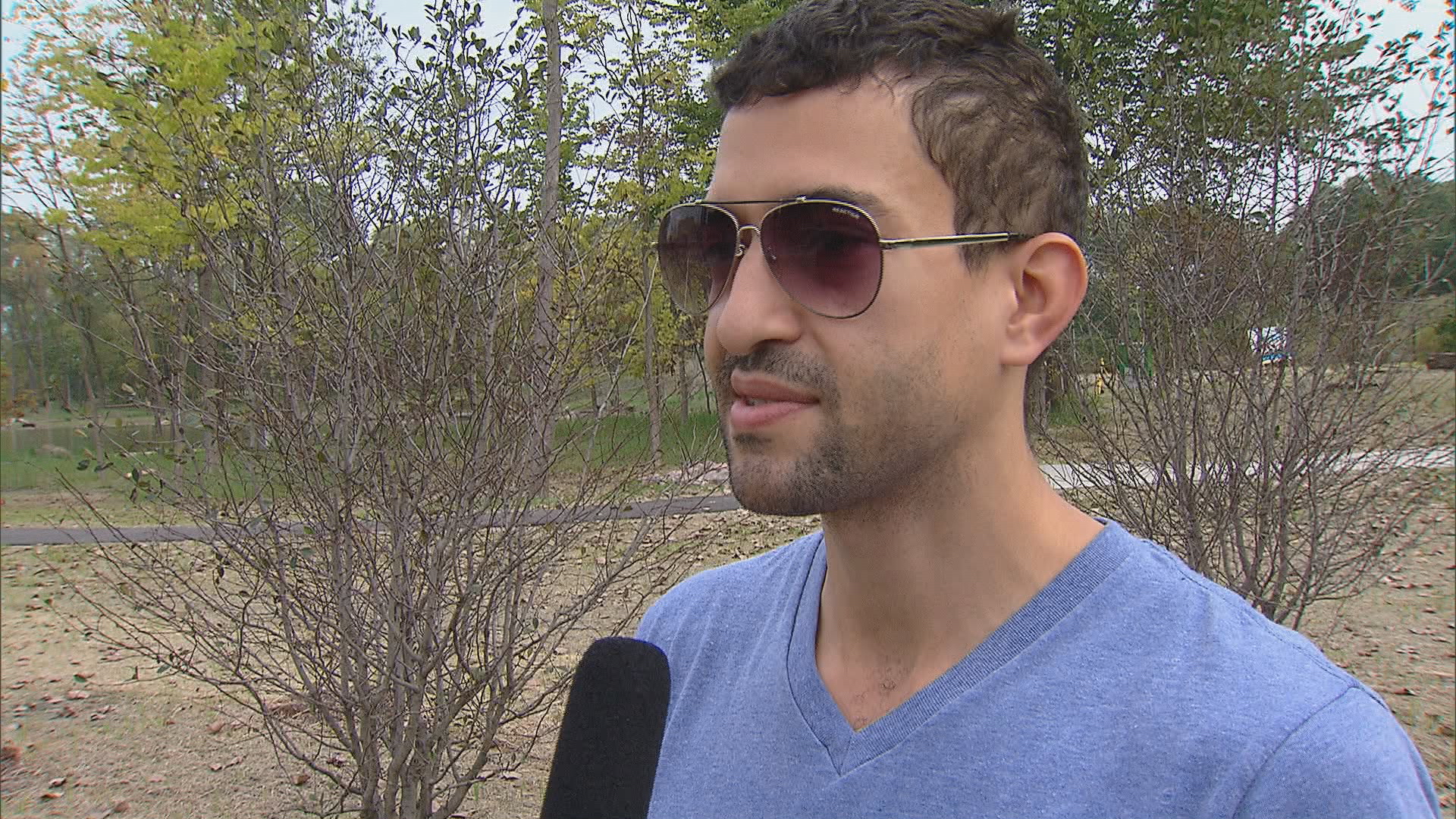 Karl Rammel Karl Rammel, park visitor:  When you build a nature center right on Western Avenue – busiest street in Chicago – you're gonna get a little noise, but once you get out in the middle there you don't hear anything.  Just enjoy the nature and it's not even a factor.

JS: And the shrubs along Western Avenue should fill in, they say, offering even more seclusion and quiet.

The 4.5-acre pond is the central feature of the park. By next year it will be stocked with bluegill and catfish.

I ask a local fisherman what he’s catching.

Kerman Frazier, Jr.: A lot of little small bullheads. They haven't stocked it yet so hopefully next year it will be better. It's right in the neighborhood, so that's good.

PC: On the south end of the preserve, there's a grove of trees that gives you that feeling of sanctuary. You just feel good being in it. It's also where the Miami Indian artifacts were found by the Illinois Archeological Survey. They found arrow heads and ceramics from about 1,700 years ago from the Miami people that left.

JS: At the highest point in the nature preserve is what they call a council ring, for education activities, meetings or just contemplation.

Patrice says the community advisory board especially wants to use the West Ridge Nature Preserve as a place to introduce nature to children.

I ask some visitors with children how the new park compares to a playground. 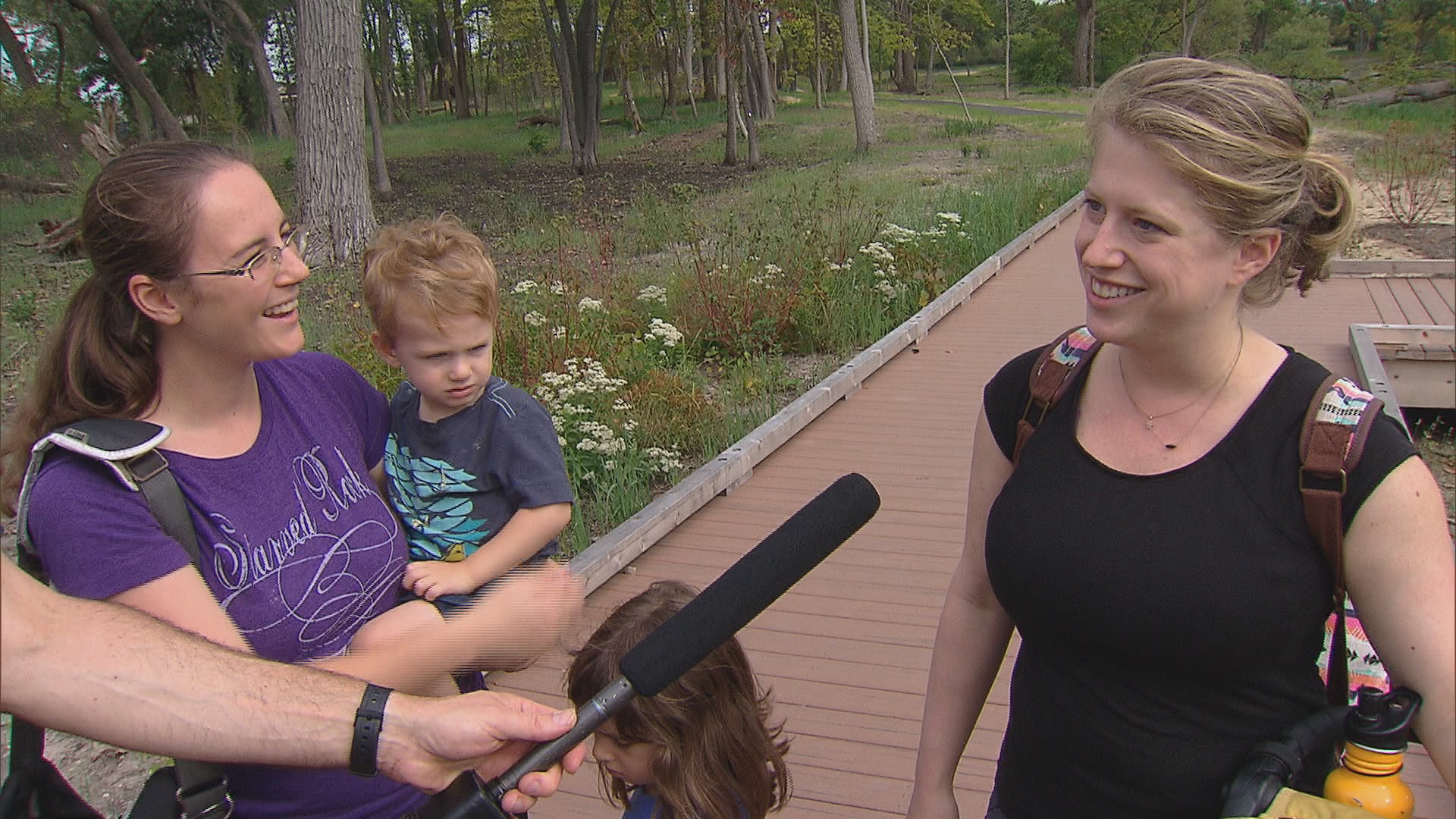 Jackie Rassner Jackie Rassner, park visitor:  There are lots of playgrounds in the city. Lots of places to get that sort of energy out.  So this is something a little different.  And if there was a playground here I don't think we would have spent as much time just exploring.

PC: This is a natural area and instead of having swing sets and money bars, they have logs.

JS: Removing so much vegetation seems to have made for less wildlife in the short run, but they say that as the more native ecosystem matures, the wildlife will return.

Jack MacRae is a longtime naturalist with DuPage County. 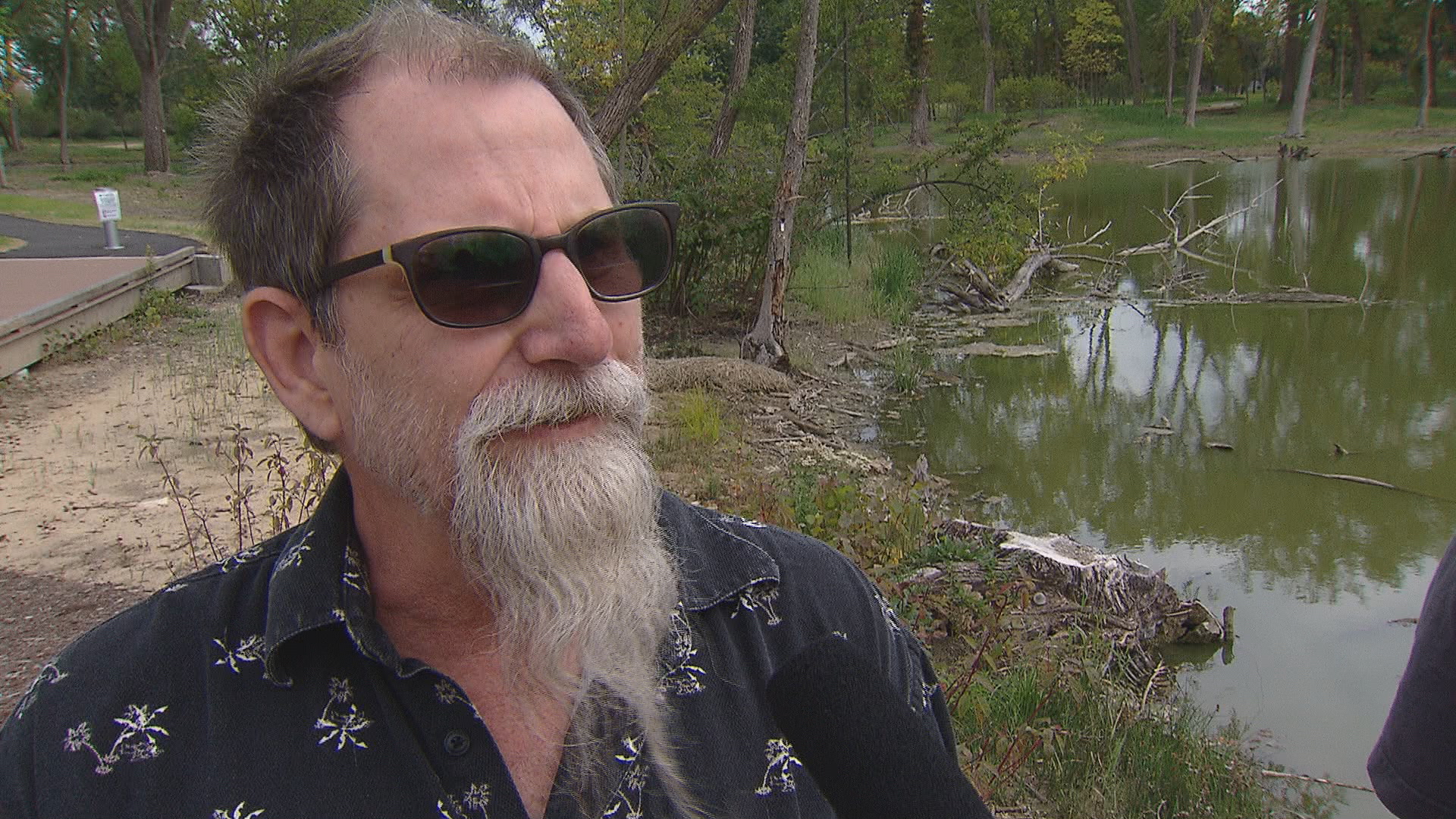 Jack MacRae Jack MacRae: You've got walnut trees, oak trees, all kinds of stuff in here. It's going to be great for wildlife.

PC:  We're hoping that the vegetation will fill in there more, so that the reclusive species who have always found their home here will be able to return and have the isolation that they require.

JS: And now the humans can visit, without trespassing. 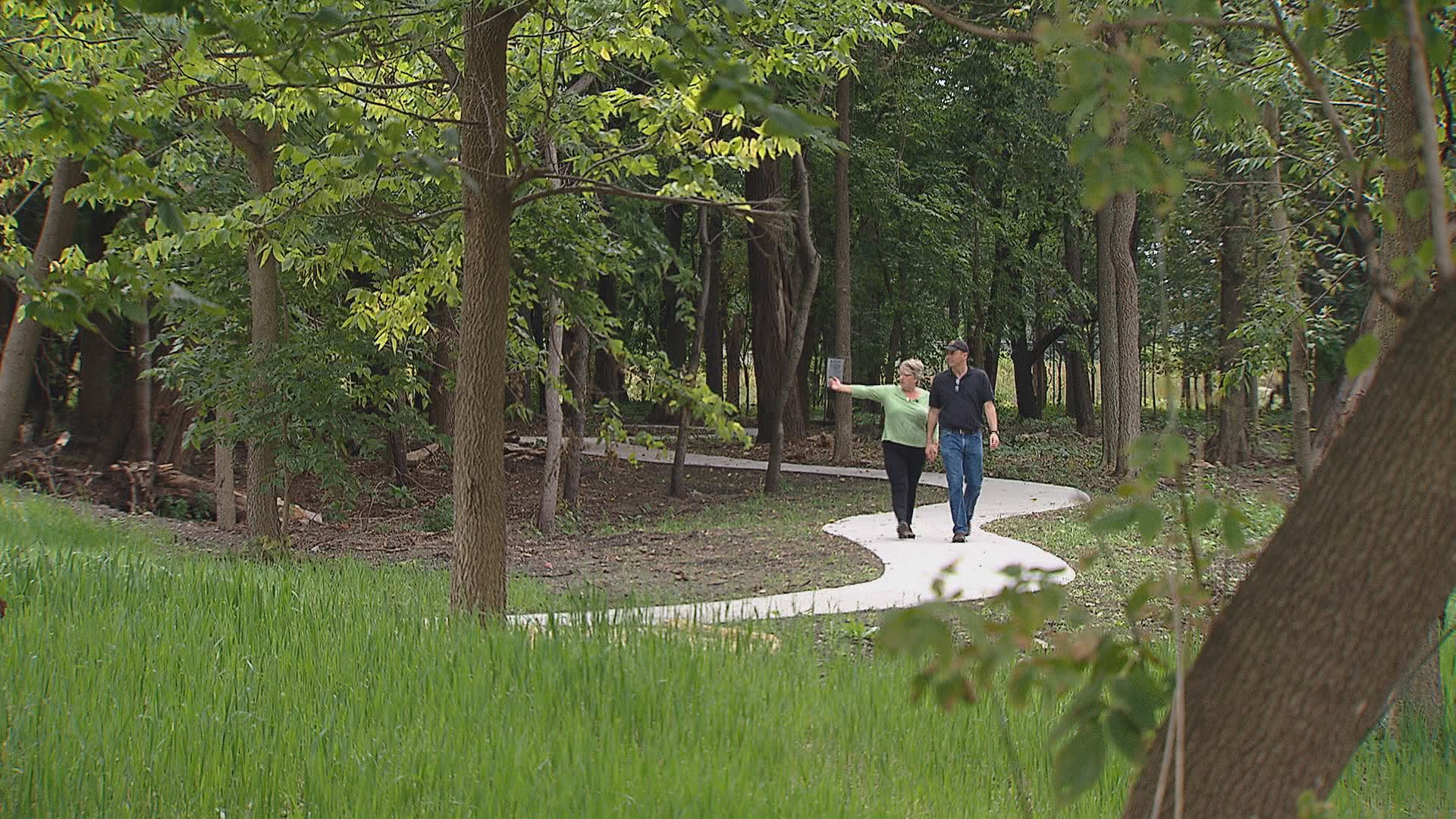 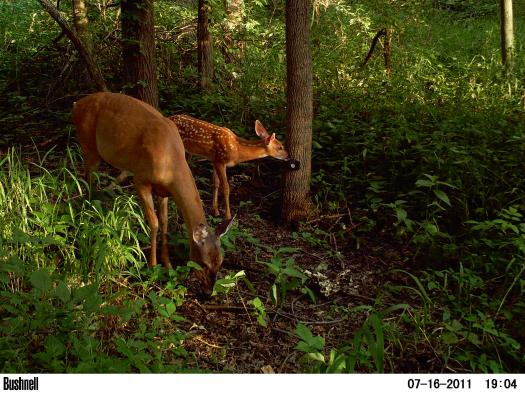 Read about another wildlife project going on in Chicago, and how you can participate. 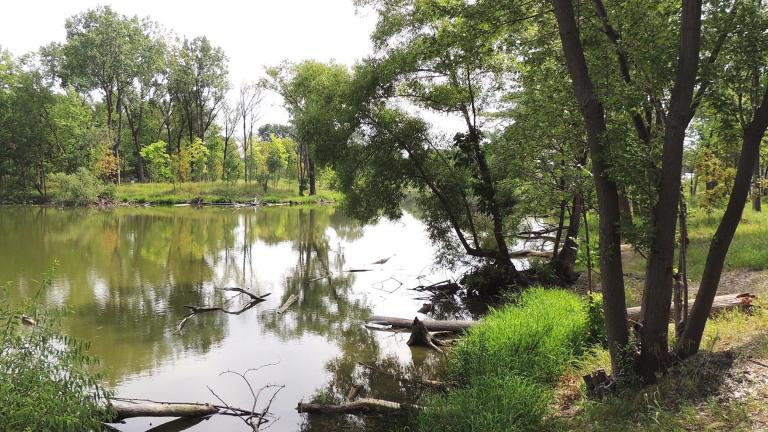 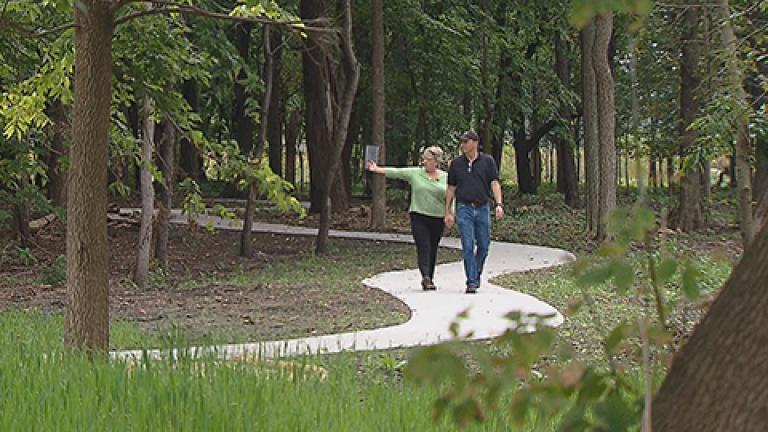