'Cook County ICU' on the Human Side of a Famous Hospital

Dr. Cory Franklin spent 25 years as director of intensive care at Cook County Hospital on Chicago's Near West Side.

The hospital in the grand old building on Harrison Street was one of the most famous public hospitals in the U.S., and a place where people of little or no means could go for treatment. It has since been renamed John H. Stroger Hospital and moved into a new facility nearby. But for doctors and nurses who spent their career at County, the legacy of the hospital and its patients is very much alive.

A new book by Franklin tells the stories of the people he met and how they shaped him as a doctor.

His stories range from the bizarre (one patient was convinced of his own radioactivity) to the deeply emotional (a hardened gang member with a family connection to the hospital). His writing shows a clear bond with his patients and a love of medicine.

"It's an iconic institution in American medicine in the 20th century, it's a landmark in Chicago," said Franklin. "So many doctors and nurses, staff have trained there, so many people have come from all over the world to be treated there, so many were born there, people like Harold Washington. There's just a wealth of human interest stories, and I wanted to capture some of those stories for the general public."

Below, an excerpt from chapter five of Cook County ICU. Read more of the chapter here.

THE TOUGHEST MAN IN THE HOSPITAL BECOMES THE MOST PITIABLE

“Without hesitation Dove chose the nowhere road. For that was the only place, in his heart of hearts, that he really wanted to go.”—Nelson Algren

AS FAR AS “handles” on the street went, the toughest characters were all invariably known by their full first names. In the world of the street gang, appellations evolved in the opposite direction from how they developed back in grade school: nicknames did not inspire fear, so Andy became Andrew and Rick went by Richard. In the ’hood, it was your full name that conferred gravitas and meant you were a serious dude on the street. 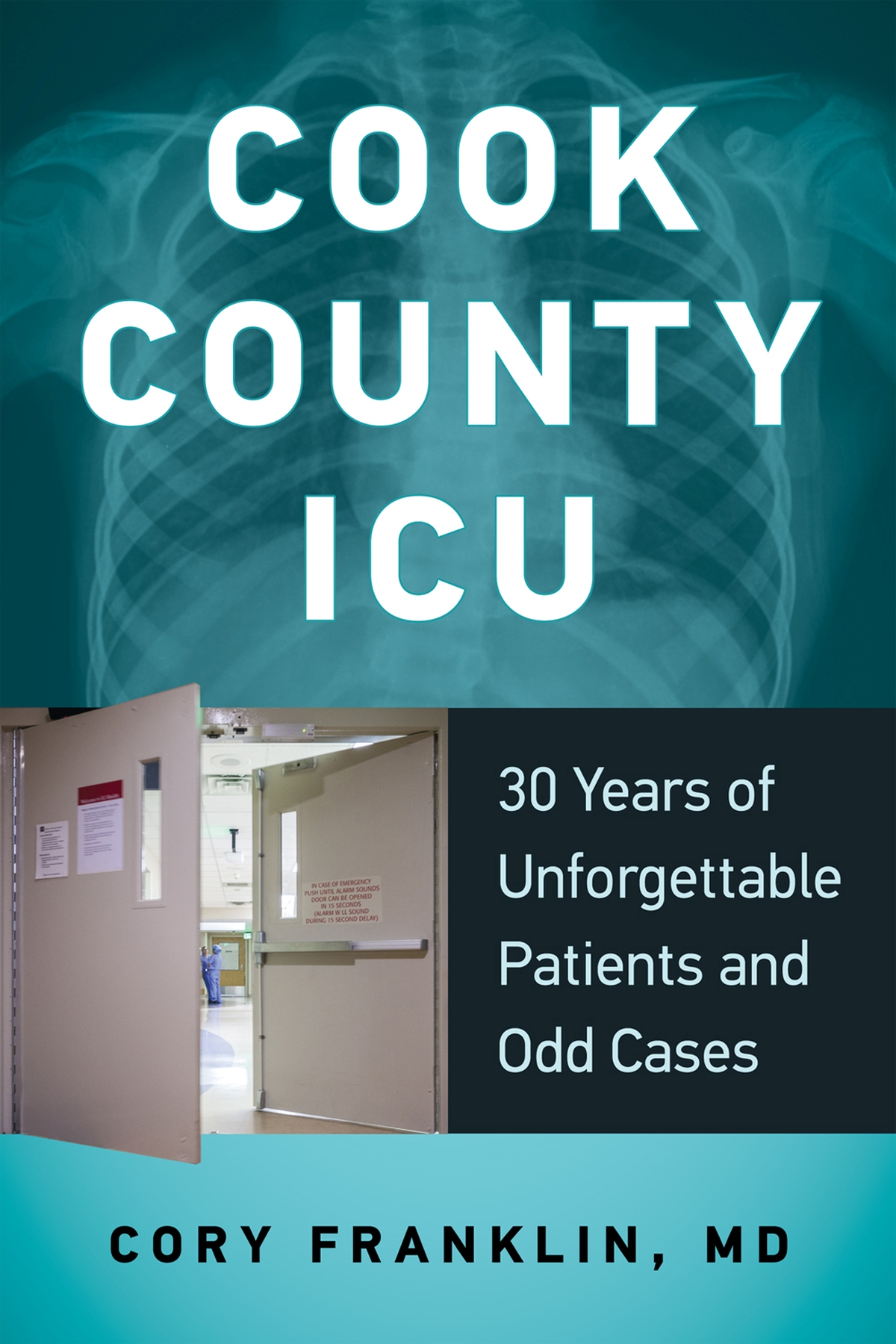 About 1982, one really serious guy happened to become my patient. He was logged into the hospital as Jeff, but his street name was, of course, Jeffrey. The first time he came to the hospital he was about twenty-three, with a huge Afro, piercing blue eyes, and a fierce visage projecting an air of menace to all who came near him. Don’t make eye contact and don’t come too close. Think Samuel L. Jackson in Pulp Fiction, but meaner – much meaner.

To Jeffrey, the hospital was merely an extension of the street. No matter if you were a doctor, a nurse, or another patient, his scowl, if directed at you, left no doubt that to mess with him was to do so at your own peril. Unless one had medical business with him – to draw his blood, take his vitals, or see him on rounds – you were best off avoiding him.

Jeffrey was a street gang member and a heroin addict, and nakedly unapologetic on both counts. He was in the hospital for abscesses on his legs from needle use. His skin had sloughed from drug injections, and he required intravenous antibiotics and evaluation for skin grafting.

Occasionally, he would receive visitors in the hospital. They were also a menacing bunch, most likely his associates in the street gang. There was no question he was the alpha, and perhaps they came to deliver drugs to him (a frequent transaction in the hospital), or maybe they were just there to confer on business affairs sinister. While Jeffrey waited for his skin grafts, I would see him every day on rounds as his attending physician. Like everyone else, I adhered to the unstated protocol of the street: no eye contact. But part of my job as a physician was to understand the patient, and I was used to treating drug addicts. I gradually earned a modicum of Jeffrey’s trust and he granted me the privilege of talking with him. Nevertheless, I still hesitated to make eye contact. The rules of the street could be enforced at any time.

In the hospital, no less than out of it, dealing with gang members and heroin addicts is invariably a precarious proposition. Physicians are authority figures, and gang members, by their very nature, distrust authority figures. It’s not on the level of their interactions with the police, but it’s a close second.