A rare survey of the painter Archibald Motley draws to a close later this month at the Cultural Center.

When the exhibition opened in March, Chicago Tonight spoke with the curators and focused on the brilliantly colorful canvases of this often-overlooked African-American painter. From dignified portraits of family members to rollicking views of Chicago nightlife in the '20s, '30s and '40s, Motley painted a variety of subjects and captured the Jazz Age like no one else.

We take another look at the exhibition, Archibald Motley: Jazz Age Modernist.

Below, an interview with Valerie Browne, Motley’s daughter-in-law.

They were from New Orleans, French Negro background. They moved the family to Chicago for his father to be a porter, which was a very good job for an African-American at the time. His mother was a schoolteacher. They were very supportive and that was quite amazing.  His mother especially was a very important figure in his life. 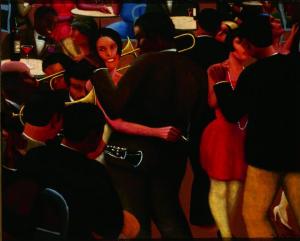 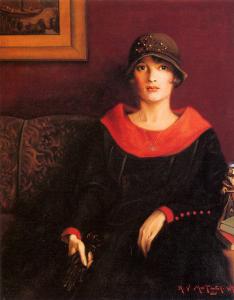