The Chicago Teachers Union says contract negotiations with the school board broke down today.  CTU President Karen Lewis says the district is threatening to lay off 3,000 teachers, increase class sizes and make $200 million in budget cuts.

Lewis also says the union is not asking for pay raises as Chicago Public Schools struggles to overcome its massive financial challenges.

Until now, Lewis had said the lines of communication were good, and she felt a one-year deal was close.

Read a statement by the CTU:

Today, the Chicago Teachers Union (CTU) said negotiations with the Board of Education has not produced a one-year agreement and that talks are at a standstill. CTU President Karen Lewis, speaking during a briefing with reporters said, “We have not reached an agreement with the Board of Education. Chicago Public Schools (CPS) refuses to budge on our contract proposals that will have no cost impact on the district. Initially, we thought we might be close to a deal, but today we have found out that their bargaining rhetoric is as empty as their bank accounts.

“What we’re asking for speaks to the very heart of our profession---which is being able to provide high-quality education for our districts’ 600,000-plus students. Instead of making a deal with us, they’ve made threats: Threats to terminate 3,000 educators; threats to increase our class sizes; threats to eliminate our pension pick up; and, threats to enforce another $200 million worth of cuts.

“We are insulted by these punitive proposals and corporate-driven directives from CPS. We are professional educators who have been asked to work 20 percent longer with 20 percent less resources. 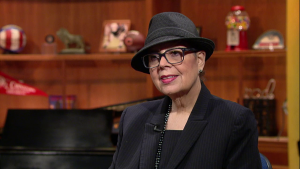 “We are clear that CPS is broke on purpose and their fiscal crisis, though of their own making, is real. That is why we are negotiating for meaningful solutions to the corporate-sponsored policies that make our jobs difficult. This isn’t about money, this is about standing up for what is right in pedagogy and for what is right for our students and their families.

“We want the autonomy to properly grade and an end to countless, unnecessary testing; more counselors, nurses, social workers and other clinicians in our school buildings to help students deal with environmental stresses (such as poverty, homelessness, violence and that hinder learning; and we want the cuts to special education to end. The Board even refuses to discuss progressive revenue options that are available to provide long-term solutions to their self-created fiscal crisis. Why? If they are cash-strapped then why won’t they look into these options at all?

While we are willing to remain at the bargaining table and our talks will eventually resume, right now these negotiations have broken. This is not about the money—this is about the working and learning conditions in our school buildings. We have said repeatedly that we are willing to compromise on raises if we can be assured we can have the tools necessary to provide a high-quality education for children.

“Our contract expires next Tuesday and if no agreement is in place we will remain under our old agreement.”

“We are encouraged that both sides finally acknowledge that CPS is in a fiscal crisis and lacks the resources to provide additional compensation, and that is a step in the right direction. We urge CTU leadership to come back to the bargaining table.  After years of our academic gains, now is not the time to shortchange our children by eliminating evaluations for tens of thousands of employees or lowering teachers’ performance standards.”