Chicago Man Gets Gored, Keeps Running with the Bulls

“Mozos: A Decade of Running with the Bulls” is a new memoir about one man's journey from Golden Gloves champ, to cocaine dealer, to an accepted member of the “Mozos,” the masters in the art of running with the bulls. Bill Hillmann joins Chicago Tonight to talk about how the centuries-old tradition transformed him.

The annual Running of the Bulls is a weeklong celebration that originated as a religious festival to honor St. Fermin, the patron saint of the small city of Pamplona, Spain. Today, the festival draws hundreds of thousands of visitors from around the world.

Below, an excerpt from “Mozos.” 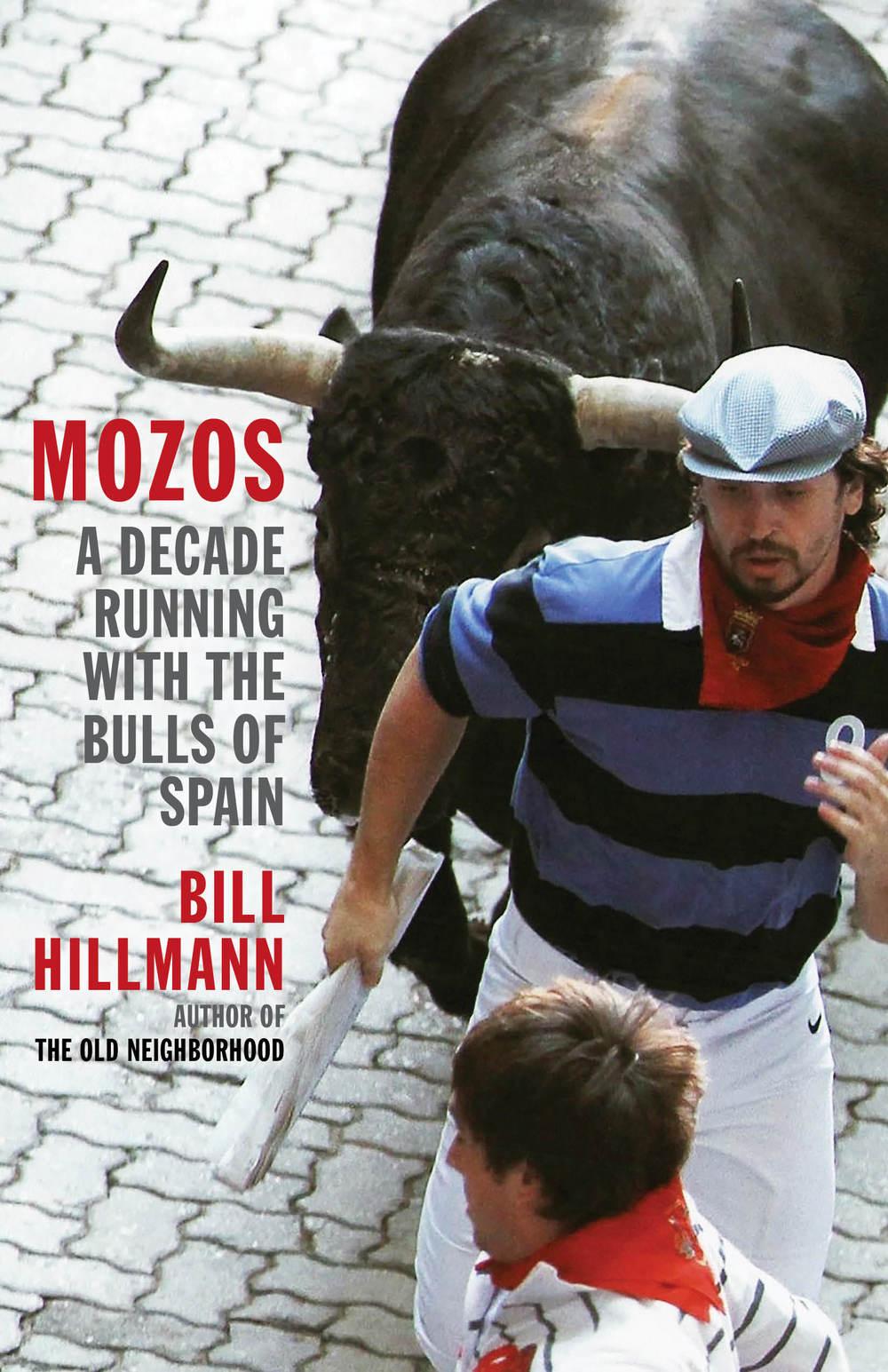 Got lucky on the sixth of July and I boarded the last seat on a Pamplona-bound bus. As we entered Navarra a police roadblock halted us. A cop with a black M16 hanging from his neck boarded the bus. Everybody had been singing before and now they fell silent. The cop walked slowly down the aisle in his blue uniform, eyeballing everybody behind his dark glasses. All the passengers looked down and away. He had the face of a sadist. I decided to stare him down. He walked right up to me and asked for my passport. I felt around for it and realized it was in my bag stored underneath the bus. Somebody asked him something and he turned. I went to tell him about my passport and a Spanish guy hushed me urgently. The officer walked off the bus. The ETA, an acronym roughly translated to Basque Homeland and Freedom, is still very active in Navarra. This Basque separatist militant movement believes Navarra is a sovereign nation. The ETA has a long history of terrorist activity and are firmly aligned with other separatist militants like the Irish Republican Army and the Zapatistas. The ETA historically uses the fiesta de San Fermin as a staging ground for small revolts, none more infamous than the riots in 1979 that put an end to fiesta that year. The singing kicked back up as the bus eased out of the roadblock. Everybody cheered as we rolled into the old Pamplona bus station.

The entire city was electric. It was a few hours after the Chupinazo, the fiesta’s raucous opening ceremony. I wandered the narrow cobblestone streets. Balconies rose up five and six stories on either side. I’d been to Mardi Gras in New Orleans a few times. Pamplona during fiesta is ten times wilder than Mardi Gras and the old section is five times bigger, older, and more beautiful than the French Quarter. There’s much less of the stale “been there done that” spring break vibe. There’s also a tenth of the violence. Fiesta is a peaceful insanity. There’s a sense that the culture of this ancient city is alive and intact. Impromptu Pena marching bands parade down busy streets. They don’t expect you to step aside and observe; they want to encompass you and swallow you into them. They will feast on you and you become one with them, marching and dancing through the garbage-strewn streets.

Searched the town for a place to stay, which is hopeless. Every room in the city is booked six months in advance, unless you know people. I didn’t know a soul in the entire country.

I found out about a college that would lock and store your bag for five euros. I chose to keep all my cash on me, figuring that the guys checking the bags might rob me. I took to the street and immersed. Bought a plastic jug of sangria and I wandered the avenues. The epically beautiful northern Spanish women dumbfounded me—their porcelain skin and dark eyes floated through the madness like crystalline ghosts. Pushed and squeezed my way through a tight-packed street that opened onto the immense courtyard called Plaza de Castillo. It was filled with thousands of revelers clad in sharp-red scarves and waist sashes. Hazy sangria-red clouds soaked into their bright white shirts and pants from the raucous Chupinazo.

I got lost—like you should in fiesta that first time. Sink into that dark circular maze of streets. Let the music carry you. Follow it and bright eyes and laughter. Enjoy the splash of sangria on your drunken head. Take drinks from anyone who’s giving. Kiss and dance with any girl who’s willing. Don’t fear loud booms and glass bursts; they are not sounds of violence. Here they are background noise pollution, punctuations on joyful sentences. The only foul you can commit at fiesta is to get angry for any reason, and the only repercussion is shameful ohhhhhs and being ignored and left behind. But it’s only momentary ’cause when you smile you are welcomed back into fiesta without hesitation. Over the years I’d learn that you must give and give and give to fiesta and that it will never take from you. But that would be later. Then, I drank for ten hours straight. I realized I should sleep for a while so I could run, but I was afraid of pickpockets so I tried to sleep up in a tree and was woken by a scuffle. I met an American who was going to school in Pamplona. He told me he’d help me get to the run. We walked across the city to the ayuntamiento (town hall). They were just setting up the barricades. I tried to help them. Hoisted up a plank but a cop ran me off. Then I waited on the street, wobbly and dreary. Someone said it was two hours until the run. I took a nap.

Fell asleep on the side of the building and I didn’t wake up for a very long time. I arose to an enormous cheer and three guys pissing on the wall way too close to me. It was morning and I ran toward the packed barricades, knifed through the people, and climbed them in time to see four sweeper steers thrust past. I remember saying “those are just cows” disgustedly as I tried to climb over the top plank. A female police officer reeled back and rapped her nightstick with all her might an inch from my where my hand gripped the plank.

I froze. The animals vanished and the run was over.

I’d failed to run and that misery is something I hope to never feel again.

Excerpted and reprinted with permission from Curbside Splendor.