It was a historic day at the U.S. Supreme Court. Justices spent hours sparring over whether gays and lesbians should have the constitutional right to marry. On one side, the justices argued about changing the institution of marriage, while other justices argued that marriage is a fundamental liberty. Both sides touched on the history of marriage, tradition, religion, biology, constitutional interpretation, and social change. 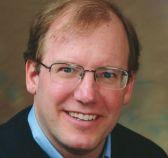 LaBarbera, president of Americans for Truth About Homosexuality, said the Supreme Court’s decision to hear oral arguments about same-sex marriage came as no surprise due to division in the courts on the issue.

“Our fear now is they’ll nationalize gay marriage, sort of like Roe v. Wade nationalized abortion,” he said. “Our best hope is that they’ll at least send it to the states and still allow states to have the final say on same-sex marriage.”

“[The Supreme Court] established in Windsor a constitutional right for the individual, that I as a gay [man] have the constitutional right to be married,” said Bennett, Lambda Legal Midwest Director. “Oral arguments [include] are the states obligated to marry same-sex couples, and second, if regardless of obligation to marry, do states have to recognize marriages in different states? … I believe we’ll prevail in both. We’re certainly optimistic.”

“I believe everyone has the right to marry who they love,” Bennett said. “[Legalizing same-sex marriage] gives gay and lesbian couples the opportunity to take care of and protect their family, and to really be a full-class citizen in the eyes of the law, and our opponents have never been able to articulate nor will they ever be able to articulate how opposite sex couples are harmed by same-sex couples having the right.”

“Marriage is between one man and one woman. You can’t change that. That’s how God designed it in nature,” he said. “What’s being asked by the plaintiffs is not just to change the law, but to sort of change our natural understanding of human relationships and family and a whole bunch of things.

“And you end up getting radical changes in society. You’re starting to see backlash now with people even saying I can’t use my small business to participate in a homosexual marriage because I don’t agree with you. You have some gay advocates saying you have to participate; they say it’s racism. [People] are starting to yield to that backlash, and [we] say, when did I lose my right to live by moral code, my religious code?”

In the states that have legalized same-sex marriage, Bennett said he’s seen acceptance, not controversy.

“As states come online, offering gay marriage you find that with a few exceptions, they’re not greeted with controversy but people have embraced the decision. Part of it is seeing the pictures of the couples as they get married,” Bennett said. “There’s no question of how important it is to individuals to marry the person they love and [we] watched every time the states begin [to legalize] same-sex marriage, acceptance is greeted in those states.” 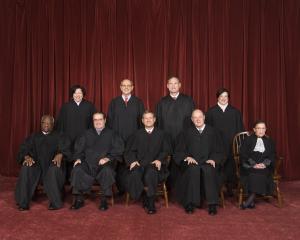 While Bennett and LaBarbera are divided on where they stand on same-sex marriage, they both agree that the decision will most likely come down to how Justice Anthony Kennedy votes.

“Most social conservatives are wary of Justice Kennedy. The way he’s talked about the issue in previous cases he raises issues of animus, alleged hate of people. Nobody hates anybody. It’s about strong religious beliefs,” LaBarbera said. “I think he tends to support legalizing same-sex marriage because he adopts the rhetoric of gay advocates.”

Kennedy’s decision in Windsor bodes well for same-sex marriage supporters, according to Bennett.

“Justice Kennedy in the Windsor decision two years ago established that gays and lesbians have the fundamental right to marry and that has moved the issue along to 37 states with the [legalization of] same-sex marriage,” he said. “I feel very optimistic with Justice Kennedy, because even though he did raise questions about what a state’s rights are, I believe he’ll side on fundamental rights of the individual.”

“He seems to be saying with that question we’ve made a mistake in Roe v. Wade by nationalizing abortion. It was not national before, there were debates in many states, like same-sex marriage. Then the Supreme Court nationalized abortion. I hope they won’t want to make the same mistake again,” he said. “No matter what the Supreme Court does, we will still believe marriage is between one man and one woman. Some people have asked if we lose, is the issue over? The issue is far from over just like [the issue of] abortion is far from over after Roe v. Wade.”