Chicago Festival of Music and Movies Grows Up Fast

The 7th annual Chicago International Movies and Music Festival, a four-day showcase, celebrates the inseparable connection between music and movies. The festival will include many U.S. and world premiere films, music performances, and live programs with bands performing scores live in front of a projected movie. Other films look at Muddy Waters, Joe Strummer, and the great Chicago drummer Sam Lay, soon to be inducted in the Rock and Roll Hall of Fame. CIMMfest's program director Adam Montgomery joins us.

Watch clips from some of the films showcased at CIMMfest.

View the full schedule of events in the festival.

Read an interview with Josh Chicoine, co-founder of CIMMfest.

You co-founded CIMMfest in 2008. Tell us its origin story.

In the spring of 2008, I was living in the Bloomingdale Arts Building, one of the first artist-owned condo communities in the nation. I was friends with the filmmakers, including Carmine Cervi, who’s an unrecognized co-founder of the festival, and we started to collaborate. Then Ilko [Davidov] approached me with this concept of a music-based film festival. Back then, I was playing in a band called the M’s and I thought that was going to be my life. After touring for the summer, I realized it wasn’t and I picked [the festival] back up. I started contacting my friends and reaching out to artists. We met with the city of Chicago and got the backing of the city. We walked out of there and had to create it. I literally have a PDF on my laptop, “How to Run a Festival.”

We had three months and we jumped into the deep end. We planned 40 to 50 events. It was super fun and we had all these people coming from out of town. It wasn’t very big then but we had a really great weekend – all those parties. When it ended, we thought, “That was really cool and entirely anxiety-ridden, but let’s see if we can improve it.”

So how do you run a festival?

You use the network you have to try to raise money and build something that’s worthwhile. You got to have a vision and ultimately you don’t get there, so you try to find the easiest route possible and have your long shots and hopes and dreams, and a deadline. The deadlines are the worst to deal with in terms of your health and well-being, but you go and get what you can get.

So how do you run a film festival? It takes a village, especially since we’ve added that live music element. It’s extremely fast and nuanced. Every major part of it – operations, programming, fundraising, marketing –each has an army under it. We lean really hard on people.

CIMMfest is now in its seventh year. How has it evolved or stayed the same since 2008? 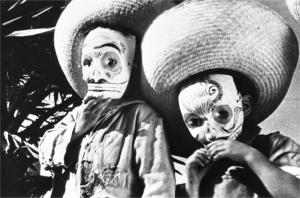 The film festival was the primary part for four years, with accompanying performances. When we moved into The Logan Theatre, with all the development happening on Milwaukee Avenue, we had a little South by Southwest with the connected infrastructure. The live music component has gotten bigger, though the film side has stayed roughly the same since the beginning. But now we’ve got 100 bands, which is way different than what we started with.

The biggest difference this year is the partnership with the city. What that had done is move us into neighborhoods that we wouldn’t have necessarily targeted producing events in, places like Hyde Park and the National Museum of Mexican Art. Really, we can be one of two things. Because Chicago is so crammed with great stuff and super saturated in terms of options, we can really focus on a Milwaukee Avenue-based festival. That’s at the core of what we do and we expand from that. Or, we can be everywhere, and this year, we are.

Since there’s so much going on in Chicago and it’s saturated with bands and art, how do you decide what to showcase at CIMMfest?

There’s quite a few examples of this but the one that’s a good story is with the Quebec [Government Office] in Chicago. We usually have 25-30 countries represented at CIMMfest. I called the office—my last name is French Canadian—and gave a little spiel to a guy named Marc Boucher, who was the Head of Post. He answered and goes, “Ah Chicoine, you guys came over on a boat with us. Did you settle in the Minnesota/North Dakota area?” He was like a genealogist! It was really cool to connect with him. One of the films we’re showcasing this year I got at the Montréal World Film Festival.

Also, we rely on our venue partners. It’s a year-long process. I bring in young people because I cannot claim to know all the bands. There’s so much of it, so the programmers help curate and weed through the offerings. The films give us the bedrock of diversity; that’s something that other festivals don’t do. We have a live score played by Sones de México to ¡Que viva México! That’s something I wouldn’t necessarily have thought of booking.

What are some of your favorite bands, films, and/or moments from past CIMMfests?

The live scores stick out to me. They’re special events and the audience is super engaged. We did a live score to Häxan at the Double Door. It’s this cult horror movie and it was perfect.

We also did a concert with Kids These Days, who were really hot. They did a 14-minute rendition with Rapper’s Delight. I was in the audience and Wilco was there. It was this old school, new school event that combined these two totally disparate styles and it totally killed. It was really the first event that put us on the map. 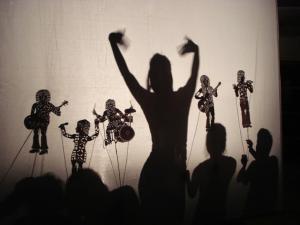 Out of all the offerings from this year, what do you recommend?

Tonight, there’s this Cambodian film, Don’t Think I’ve Forgotten. It’s a tremendous story about all this great, great music coming out of the ‘50s and ‘60s in Cambodia, before Pol Pot. Also tonight, Danny Says is about Danny Fields, who’s at the center of every pop movement. He made the Doors famous, he was at [Andy] Warhol’s factory, he worked and managed the Stooges. He’s a part of all these iconic bands. You see Nico and Jim Morrison, and there’s Danny in every picture. There’s also the 808 film. And on Saturday, you’ve got to go to the after party. Really, this year’s programming is super solid and diverse.

What’s in store for the future?

The idea has sort of caught on. Something like what we do is really unique so we can pull in some pretty good partners. I’m hopeful that continues to get better and better. We want to spread out and have Chicago be a hub that South by Southwest is for south Texas. Why shouldn’t there be something that connects people in our region?