To Kill a Mockingbird is among the most cherished of American novels. It was an instant classic when it was published in July 1960, followed two years later by the Oscar-winning film adaptation, and has only grown in stature ever since. The book's author Harper Lee has remained famously elusive.

Now, there is much controversy over the impending release of a sequel to the book. The new book is called Go Set a Watchman and it's due to come out this summer. But, for nearly 60 years, Lee vowed to never allow Watchman to be published. There are charges that Lee is being taken advantage of by her attorney and agent.

Meanwhile, last August, we spoke with Marja Mills, former Chicago Tribune reporter and the author of a memoir introducing us to Lee and her life in Monroeville, Ala. It's called The Mockingbird Next Door: Life with Harper Lee. That book has been the subject of controversy because the author moved next door to Lee for a time and because Lee has since renounced Mills' book. We revisit our conversation with Mills.

Read the Artbeat blog about the controversy surrounding the book.

Read an excerpt from the book and take a quiz.

THE MOCKINGBIRD NEXT DOOR 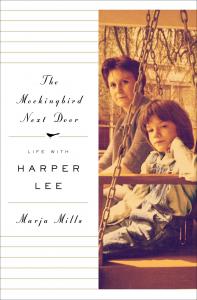 Back in Chicago, Terrence and I were surprised when photos of Nelle being inducted into the Alabama Academy of Honor went out on the wire. He had suggested staying on to photograph her at that Montgomery ceremony, since she did not want him to photograph her in Monroeville, as he had done with Alice and the other interviewees. It was no surprise she would not want to be photographed for my story; our meeting was off the record for newspaper purposes, after all. But now Terrence had missed his chance.

I mustered what gumption I could and faxed the author. The letter, addressed “Dear Ms. Lee,” said,

I’m writing with a request: Would you consider letting Terrence pay you a very brief visit in the next few days? He stayed away from Monday’s Montgomery ceremony at your request, but then was chagrined to see the Montgomery newspaper publish that photo of you that went out on the news wires. That happens; and we, of course, are most grateful for the help you and the others have been in our research . . .

I went on to tell her about the next steps in the One Book, One Chicago program, including a story I was writing about the staff of a children’s hospital reading the novel to their patients.

Lee’s sense of fairness, and her distinctive style, were abundantly clear in her reply. It arrived the same day. The one-page, handwritten letter began with high praise for Terence, whom she called “a latter- day Alfred Stieglitz” and whose portraits she and Alice thought were “unfailingly wonderful.” She was certain that they were taken through cheesecloth.

She signed the letter with her full name and in parentheses added, “And call me Nelle—for goodness’ sake.”

Terrence flew down soon after, and spent a day with her. “She was actually a lot of fun,” Terrence said. “She knew I had a job to do and we drove a number of places.” She teasingly gave him the nickname “Terrible T.”

For my part, it looked like the second week in September might work out for a return trip. Before then, Alice and Nelle Harper would be with their sister Louise. She lived in Eufaula, two hundred miles away. We agreed that a return flight on September 12 would work.

But on Tuesday, September 11, as the horrifying footage of the World Trade Center played nonstop on television, I faxed the Lees. It would be all hands on deck at the paper for a while. With planes grounded I wasn’t sure when I’d be able to reschedule the visit. 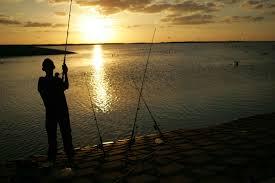 Nelle called Tom the following day, September 12, when she and Alice returned from Eufaula. Nelle wanted to seek her solace at the catfish ponds on the rural property of their mutual friends Ernie and Angie Hanks. The following day, the preacher and the writer cast their lines in those tranquil waters. Their bobbers left only small ripples in the surface. Neither could think about much except the horror in New York, but they did not discuss it at any length.

“She didn’t really want to talk about it,” Tom said. “She just wanted some peace. That’s how she deals with those things.”

The first week of October, I made the return trip to Alabama. I would interview Alice again and do more reporting in Monroeville. Tom suggested another form of research: fishing with Nelle. If she was up for it.

As research goes, I decided that fishing with Harper Lee would beat an afternoon in the library.

Tom invited me to join him at their usual spot. If Nelle wanted to join Tom and me, the three of us would go. If she preferred to do her fishing without the likes of me, understandably enough, I’d still see their favorite spot and she and Tom would go another time.

“Nelle is in her element there,” Tom had told me. “I’d like you to see that if it works out. And if not, you’ll still have a good afternoon.”

Excerpted from The Mockingbird Next Door by Marja Mills Reprinted with permission of publisher.

Tags:
To Kill a Mockingbird
Harper Lee
The Mockingbird Next Door
Marja Mills