More and more older couples are choosing to dissolve their marriages. But what does the reality look like when that happens? We'll take a closer look at what you need to know before marrying, moving in, or moving on with divorce attorney Gemma Allen and divorce Judge Michele Lowrance who penned a new book, The New Love Deal, with nationally syndicated finance columnist Terry Savage. 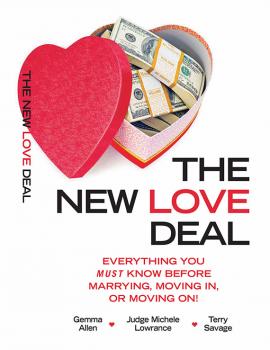 Order in the Court Could Result in Disorder in Your Life

“How did I get here?” you ask yourself. “I had no choice. I had no options,” you say. But it is not really as simple as that. When you ﬁnd yourself at the end of your marital journey, it is excruciating to witness the brutality in the spouse you once loved, and to have a glimpse of your own brutal nature. You have shocked yourself with how easily, and even candidly, you revealed your spouse’s personal secrets to your attorney and then published those private embarrassments in a public court record. There are rare exceptions, but in order to ﬁnd yourself in court, you have almost certainly had to align yourself with negative and often erroneous assumptions.

Ten Detrimental Misconceptions about What Really Happens in Court

So, lest you think that creating your Love Deal is too expensive, too potentially dangerous, and totally unnecessary, let me intrude with a judge’s view of reality. Here are ten of the most misguided and, therefore, harmful misconceptions about divorce, followed by some helpful truths.

1.      Destruction of your spouse is an acceptable means for getting what you need.

2.      Your goals can be accomplished and sure victory attained by putting on a good ﬁght. However, unlike traditional battle, where you can destroy and walk away, you might have to deal with your adversary for years to come.

3.      Once you ignite a match in the courtroom, you can control the direction and intensity of the ﬂames.

4.      Your attorney will understand and execute your goals and desires in a way that satisﬁes your sensitivities and needs.

5.      Your concept of fairness will approximate that of the judge’s. You believe there is a clear-cut, nondiscretionary standard of justice that is not dependent upon the judge’s personal values.

6.      Your habitual negative thought patterns, fueled by well-developed propaganda to “create the enemy,” will cease once the trial is over.

8.      The judge wields a wand, not a gavel, and can magically solve your problems, no matter how much damage has been done to the family.

9.      The court process will not hurt you, because you are invulnerable. In any case, whatever pain you feel will go away once the trial is over.

10.  Your attorney can be vicious to your spouse, because that is your attorney’s conduct, not yours. And people who are abusively cross- examined in court never hold it against their spouse. 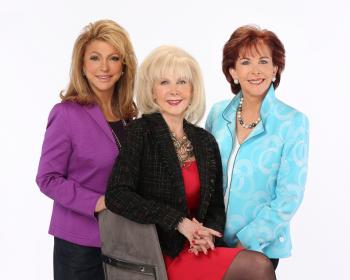 Ten Truths to Dilute Some of Your Misconceptions

1.      Winning is not necessarily a matter of being stronger or more effective, as it is in real battle, because the outcome is decided by a judge who will have only a snapshot of who you are or may not see your position the way you do.

2.      You can rehearse your testimony until you have achieved perfection, but you have no way of knowing how you will be perceived on the witness stand. How well do you know yourself? Can you know how you will react when you are in an unfamiliar, pressure- cooker-type situation without any experience to guide you? I have seen the tightest cases fall apart when a testiﬁer gets what I call “witness fever.” Witness fever happens when the testiﬁer has the irresistible urge to ad-lib testimony and discards the script.

3.      The judge might ask an unexpected question that puts a stiletto directly into the soft spot of your case. Unexpected truths that you had never contemplated rise to the surface.

4.      If you are going to trial on principle and are seeking to vindicate some moral standard that is crucial to you, you should know that moral standards and principles are not what courts are meant to address. Trials only address the law. For example, in a no-fault state, adultery is not relevant.

5.      In your struggle for dominance over your spouse or the dominance of your legal position, you relinquish all control over your own familial and ﬁnancial life. Ultimately you have no control over the outcome of your case. Unlike an architect, guided by a blueprint, a court battle is unpredictable. Court battles are laden with information that is not true and theories that do not hold up, while exhaustion and fear can color decisions you or your attorney must make in an instant.

6.      Even in no-fault states, the courts are sensitive to helping victims and are sometimes punitive toward perpetrators of harm to a spouse or children. Attorneys know this. Attorneys might upgrade the decibels of the negative behavior or put a twisted spin on innocent behavior. A father had thrown the bat down after he struck out at a father-son Little League game; by the time the parties went to trial, the story turned into the father tried to hit his son with the bat. The fruit of a hostile imagination about your spouse is at its ripest in court and takes the form of character assassination. Don’t forget that your children may someday be able to get transcripts of the hearing.

7.      Even under oath some people may lie. I have seen people lie about small things; one husband lied about throwing out his wife’s favorite shoes. The tiniest lie, once revealed, can completely ruin credibility. Many a well-rehearsed witness who is usually honest can be infected by the nervous dread of being caught in a small lie. The $500 you have in your sock drawer and didn’t disclose, if revealed at trial, could destroy your case.

8.      Ultimately you will have to take responsibility for your part of the hostilities you have set in motion in court. People love to come up to me at parties and tell me how the system ripped them off. By scapegoating we transfer some of our own responsibility onto the adversarial process. The court process is far from perfect, but not accepting your own responsibility will further entrench a victim mind-set.

9.      Moving forward with your life is critical to the process of healing. A court battle requires freezing at the stage of blame and fault. The debate escalates in court, focusing on who did what to whom. Character maligning becomes the focus rather than problem solving. This has an effect on you (and your relationship with your former spouse) that will last well beyond the end of the trial. Many people have told me years later that they wished they had never gone to trial because of how much it hurt them and their family.

10.  The majority of cases that go to trial are not about the ﬁnancial bottom line, but about an emotional attachment to a perceived righteous position. This attachment blocks the clarity that would allow a vision of the bigger picture. Too often, people end up in trial because they can’t tolerate any more negotiations. You think you are at the end of your collective ability to problem-solve. But that is not true. You may not really be at a stalemate; you may just have stale negotiations.

The three of us debated whether this chapter was necessary, or too much of a downer. After all, we’re trying to help you create a harmonious relationship in order to avoid just this kind of scenario. But if you haven’t been in divorce court—either as a participant or as a friend—it is hard to imagine how acrimonious a battle with no predetermined agreement can be.

If you think this chapter was painful to read, just imagine how painful it would be to live through the process of a divorce battle in court, or even a civil lawsuit at the end of a live-in relationship. This pain rings a bell, because we each know someone who has been through the process and, no matter what the financial settlement, came out the worse for the wear.

It is exactly this type of breakup that lovers hope to avoid by not thinking about it. But Scarlett O’Hara’s mantra of “I’ll think about it tomorrow” is not the solution for avoiding a bitter battle. Far better to plan ahead, when your relationship is strong, your motives are the best, and the lawyers are far more inclined to follow your directives to compromise to reach agreement.