Mike Leonard is Back

Mike Leonard enjoyed a 32-year career as the features correspondent for the TODAY show. His work focused on the stories of everyday people told with "incredible heart," as Matt Lauer once put it. Now, Leonard is working on a new series called inCommon. We discuss the project and what we can expect in the pilot episode.

Read an interview with Leonard. 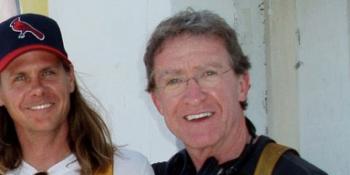 What is your new show inCommon about?

It’s about things we have in common as human beings and common things that we sometimes overlook that have great value but are hidden in plain sight. We don’t notice them as much until aberrations happen. It is the mortar that keeps communities and people together. The show has humor and sentiment but it’s about everyday life. Themes of time, acceptance, hope and providence.

Is it an extension of the work you did for the TODAY show?

For 32 years, I worked on the TODAY show and I was free to choose my own assignments. I usually did stories that others weren’t doing. It came to me that the human interest stories that were chosen were more obvious. The New York Times would have a feature story and then all the networks would do the same story.  There are so many stories out there that aren’t covered.

After I retired in 2012, I knew I had the possibility of doing long-form. For inCommon, I am doing what I used to do but with more time and we have each episode according to a theme. The first one is about the element of time. For the series, these topics and subjects are expressed through the voices of everyday people, not with experts. During my time on TODAY, and even before that, I was fascinated with the stories of life, and the funniest and more interesting stories were told by regular people I happened to be working with, and I always thought there was so much there.

Your work has always focused on real life?

I didn’t always want to do what everybody else was doing. It separates you from the crowd. I am not a hero. We don’t get chances to save someone from drowning or getting them off the ledge. We don’t think of having a heroic life, but sometimes it’s just interest or a kind word that can change someone’s life. A friend of mine said to me I should go into television, and had he not said that, I would not have the life I do now. So I can attest. I didn’t look like a TV guy and didn’t go to school for journalism. I was in my 30s, had kids, and no money.  I started working for $40 a week and represented journalistically who I was. I knew there were people out there like me that had stories to tell and that was how I started this.

The first episode deals with the theme of time and a Phoenix basketball coach?

Yes, I met Dan in Phoenix when we were both following what we wanted to do in life. I was looking for a TV job and he was a driver’s education instructor and wanted to be a basketball coach. We met through family connections and then I left, and we corresponded back and forth for a few years. I got a phone call a year or two ago from him. He told me they were naming the gym after him. We started talking about life. He has four kids and one was lost to drugs. It’s a tragedy.

With all that he accomplished as a teacher and coach, and the kids he has mentored and guided, he could not save his own son. No one has the perfect life. He has won state champions and is a hall of fame coach who could not coach his son even though he tried. Who are these people across the country in these small towns? He is one of those people. He has lived in a small house for more than 30 years and had a story to tell. It represents so many people who go about their life and suffer hardship, tragedy or sickness.

At one point, he says – “My mom always used to say if you want to be rich, count your blessings.” He is a great and funny guy from Brooklyn and living in Phoenix; still has the accent.

You interview former classmates from your college days?

There is one episode – the last one on fate, destiny and providence. For that story, I reunite with a teammate of mine who flunked freshman English. At that time, when you flunked out, you were no longer a full-time student and you could get drafted and suddenly find yourself in Southeast Asia getting shot at. Murphy was one of those characters. His fate and destiny was to go fight. He was in a very harrowing battle. He didn’t get it which is a miracle but he came back changed. He ended up going back to school and became a teacher. He affected the lives of a lot of people and the students he taught -- kids who were wild and needed help. It’s an episode on hope and acceptance.

You worked as a correspondent for the TODAY show for more than 30 years. How did you manage to maintain your life in the Chicago suburbs?

I tricked them. It was really interesting because where I got the first TV job, it was a sports job because I was a hockey player. I didn’t like the fact I had to work and be a sports anchor working the 6:00 pm and 10:00 pm news because we had three kids at the time. Because we had no money, all we did was hang out with the kids and I couldn’t have dinner with them five days a week anymore. I decided that had to change. In Phoenix, I would do live shots near home, then put my kids to bed, and then went back to work. I tricked the studio in that sense so I could get home.

So with NBC it was similar. They said I could still live in Chicago. I was getting assignments for gas prices, prison riots, and I said that’s not what they hired me for. They hired me for different reasons, then made me do the same stories. I went out and did a story and sent it to New York, and they liked it. I did another and my boss said – “this is good, just do your own thing.” I had to fight all the way but managed to make it work.

Nightly news wanted me to do a story for them once, an assignment I missed, and they didn’t call back for a year. That’s the risk you run. I told myself I need to stop that from happening so I just did more stories on my own. I started suggesting stories to them and that stopped them calling me on a Tuesday for a story on Thursday. It was to preserve my regular life.

You prefer to use a home video camera?

It’s interesting because I have been through all the cameras. Working with a crew, we want the stories to be as real as possible. But especially with a big camera and big microphone, the people who have never been on TV are nervous. So I tried to shoot a lot with a small camera, no light, and get close to them with the mic or a stand near them but not clip the mic on them. They get more nervous. I would just have a little camera and be looking at them and occasionally glance through the viewfinder but mostly just talk. People very quickly get extremely comfortable and just forget about it. I was in a truck with a farmer with the small camera, and I found it a better vehicle to tell the story. And the technology keeps getting better and better. Now, it’s very good and that’s what led me to do it. Plus, I have been making home movies since I was a senior in college. I knew these moments you capture with a camera, the little moments, are the best moments and a little camera is the best way to capture them. 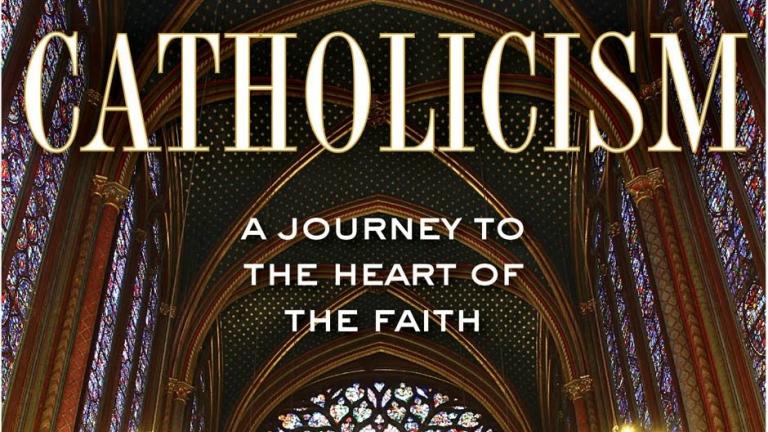