Vape? Bae? Lumbersexual? What do you think the Word of the Year for 2014 should be? Share your nominations in the comments section below. University of Chicago linguist Jason Riggle tells us what words were on everybody's lips this year and why.

View a slideshow of some of 2014’s most popular words.

We drew our list of words of the year from Oxford Dictionaries, Merriam-Webster, lexicographer Grant Barrett, Dictionary.com, Chambers Dictionary, as well as suggestions from our audience, and our guest Jason Riggle. 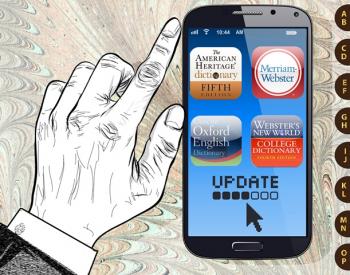 Read an interview with Bruce Joshua Miller, an editor, writer, and publishing industry expert who’s written extensively about how dictionaries have adapted to the digital age.

Do people understand the importance of dictionaries?

Probably not. A lot of younger people don’t even know what a dictionary is. A person I know who works in publishing told me she asked her younger sister, who I think is in college and writing papers, to look something up in the dictionary and she didn’t know how to do it. She’s used to looking things up quickly online and just looking at definitions. She didn’t understand etymology and parts of speech. I think the way people are taught has changed -- that’s one reason dictionaries are a mystery and something for people to avoid.

How have dictionaries adapted (or failed to adapt) to the digital age?

They’re in the process of adapting now. The first way is by licensing material to websites. The other way is by allowing people to look things up for free online. But I think it’s been a struggle for some. Every company is kind of feeling its way, because the way technology has developed is not always predictable.

How does picking up a physical copy of a dictionary differ from using a digital version?

At first glance, it seems like a very simple difference, but it’s actually a bit complicated. When you actually hold a dictionary, my guess is you are actually spending more time with the definition. I can’t prove that, but that’s my subjective sense of it. People who enjoy dictionaries often say they find things out they didn’t know or words they didn’t expect to learn about when they look something up. Online definitions now often have more information than a printed dictionary because there aren’t space limitations. But, it’s my contention that even though that’s the case, people aren’t taking in that information. They’re taking it in really fast. And of course, looking a word up on your phone, you don’t even get that extra information, you just get a few words defining the term. 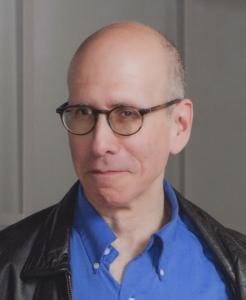 What’s important about printed dictionaries is that you get a sense of breadth and scope of the language, and that’s not something you get when you look online. Even if you’re looking at an app where you can jump easily from thesaurus to dictionary, you don’t get that same breadth and scope. A dictionary is a work of art. It’s something that’s authored, like a novel or poetry. People sat down and wrote those definitions and really thought about it.

Why is learning about the breadth and scope of English important?

If people are going to appreciate language and literature, and the arts, it’s important for them to have a sense of the history of our language and the words we use every day in speech to express ourselves. Maybe it sounds like an extreme position, but you could argue that the obscurity the print dictionary has fallen into could be the canary in the coal mine in terms of our education system. In much of our education system, people don’t learn the parts of speech, handwriting, lots of things that have been deemed “old world” because of technology. I don’t think that’s OK. It’s not OK if we want to make full use of faculties and talents as human beings.

Peter Sokolowski at Merriam-Webster says he thinks the future will be the future of “also.” In other words, people will use online, digital resources and also print resources. We all look up things online, I do constantly. But to have the printed reference and to be able to sit back and get a sense of language, and in some cases compare definitions from other dictionaries, is invaluable. I’d like to see people have an understanding of all the compact information that’s in a dictionary entry.