Controversial author and activist Naomi Klein discusses This Changes Everything, her new book about climate change and the culprit she blames for it: capitalism. 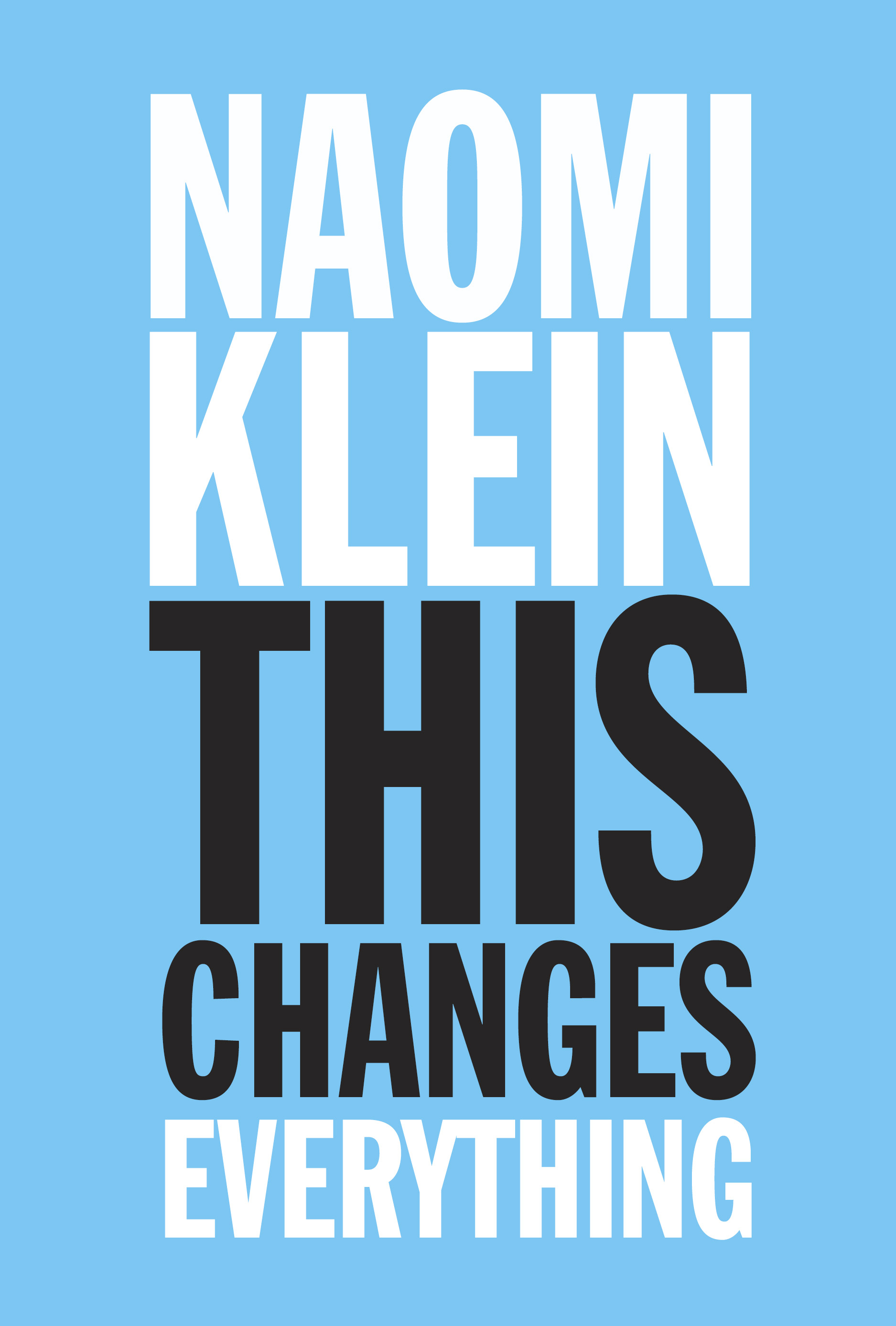 ONE WAY OR ANOTHER, EVERYTHING CHANGES

“Most projections of climate change presume that future changes—greenhouse gas emissions, temperature increases and effects such as sea level rise—will happen incrementally. A given amount of emission will lead to a given amount of temperature increase that will lead to a given amount of smooth incremental sea level rise. However, the geological record for the climate reflects instances where a relatively small change in one element of climate led to abrupt changes in the system as a whole. In other words, pushing global temperatures past certain thresholds could trigger abrupt, unpredictable and potentially irreversible changes that have massively disruptive and large-scale impacts. At that point, even if we do not add any additional CO2 to the atmosphere, potentially unstoppable processes are set in motion. We can think of this as sudden climate brake and steering failure where the problem and its consequences are no longer something we can control.”

—Report by the American Association for the Advancement of Science, the world’s largest general scientific society, 20141

“I love that smell of the emissions.”

A voice came over the intercom: would the passengers of Flight 3935, scheduled to depart Washington, D.C., for Charleston, South Carolina, kindly collect their carry-on luggage and get off the plane.

They went down the stairs and gathered on the hot tarmac. There they saw something unusual: the wheels of the US Airways jet had sunk into the black pavement as if it were wet cement. The wheels were lodged so deep, in fact, that the truck that came to tow the plane away couldn’t pry it loose. The airline had hoped that without the added weight of the flight’s thirty-five passengers, the aircraft would be light enough to pull. It wasn’t. Someone posted a picture: “Why is my flight cancelled? Because DC is so damn hot that our plane sank 4" into the pavement.” 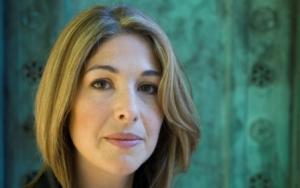 Eventually, a larger, more powerful vehicle was brought in to tow the plane and this time it worked; the plane finally took off, three hours behind schedule. A spokesperson for the airline blamed the incident on “very unusual temperatures.”

The temperatures in the summer of 2012 were indeed unusually hot. (As they were the year before and the year after.) And it’s no mystery why this has been happening: the profligate burning of fossil fuels, the very thing that US Airways was bound and determined to do despite the inconvenience presented by a melting tarmac. This irony—the fact that the burning of fossil fuels is so radically changing our climate that it is getting in the way of our capacity to burn fossil fuels—did not stop the passengers of Flight 3935 from reembarking and continuing their journeys. Nor was climate change mentioned in any of the major news coverage of the incident.

I am in no position to judge these passengers. All of us who live high consumer lifestyles, wherever we happen to reside, are, metaphorically, passengers on Flight 3935. Faced with a crisis that threatens our survival as a species, our entire culture is continuing to do the very thing that caused the crisis, only with an extra dose of elbow grease behind it. Like the airline bringing in a truck with a more powerful engine to tow that plane, the global economy is upping the ante from conventional sources of fossil fuels to even dirtier and more dangerous versions—bitumen from the Alberta tar sands, oil from deepwater drilling, gas from hydraulic fracturing (fracking), coal from detonated mountains, and so on.

Meanwhile, each supercharged natural disaster produces new ironyladen snapshots of a climate increasingly inhospitable to the very industries most responsible for its warming. Like the 2013 historic floods in Calgary that forced the head offices of the oil companies mining the Alberta tar sands to go dark and send their employees home, while a train carrying flammable petroleum products teetered on the edge of a disintegrating rail bridge. Or the drought that hit the Mississippi River one year earlier, pushing water levels so low that barges loaded with oil and coal were unable to move for days, while they waited for the Army Corps of Engineers to dredge a channel (they had to appropriate funds allocated to rebuild from the previous year’s historic flooding along the same waterway). Or the coal-fired power plants in other parts of the country that were temporarily shut down because the waterways that they draw on to cool their machinery were either too hot or too dry (or, in some cases, both).

Read more of the Introduction.