Could Prominent Latino Get in Race For Mayor? 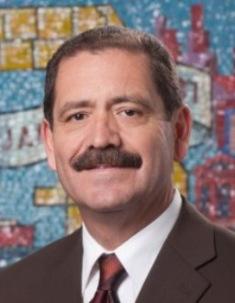 Cook County Commissioner Jesus “Chuy” Garcia is mulling whether or not to take on Rahm Emanuel and run for mayor, according to sources within the Democratic party, and within Chicago’s Latino and progressive communities.

“He’s certainly getting a lot of calls on it,” said one Latino elected official.

Garcia, considered a progressive, has served in City Council, the Illinois General Assembly, and most recently, as Commissioner of Cook County’s 7th District, encompassing largely Latino neighborhoods on the city’s southwest side and parts of Cicero. He was elected to City Council in 1986 as alderman of the 22nd ward and was a top ally of then-Mayor Harold Washington. In 1992, he was elected to the Illinois State Senate and touts himself as the first Mexican-American to hold that office.

He is also the chairman and founder of the Woods Foundation, which lists as its mission “to increase opportunities for less advantaged people and communities.”

One top Democratic party official said Garcia could quickly build name recognition if he got the support of Latinos, progressives, and labor unions – a coalition that the mayor is struggling with.

Candidates have until November 24th to file petitions to get in the race for mayor. The primary is held on February 24th, with a runoff held on April 7th if no candidate gets more than 50 percent.

Challengers to Mayor Emanuel include 2nd Ward Alderman Bob Fioretti, South Side community activist Amara Enya, former Ald. Robert Shaw, and conservative businessman William Kelly. Chicago Teachers Union President Karen Lewis, who had been polling ahead of Emanuel, had started an exploratory committee before falling ill and having an emergency operation at Northwestern Memorial Hospital. Lewis has decided not to run for mayor, citing her health concerns. She is said to be battling a brain tumor and will likely be undergoing chemotherapy over the next several months.

Garcia did not immediately return phone calls for comment on this story.