The Sacred Power of Vodou

A curator who is also a vodou priestess gives Chicago Tonight a tour of the symbols, rituals, and spiritual beliefs presented in Vodou: Sacred Powers of Haiti, a new exhibition at The Field Museum. We find out the significance of ritual objects made with human bones and rites that are a profound expression of Haitian culture. The exhibit opens at The Field Museum on Oct. 24, 2014 and runs through April 26, 2015. 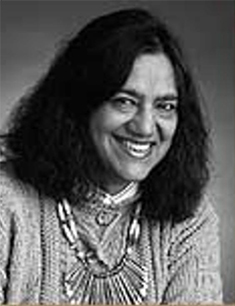 Q: What should visitors expect from the Vodou: Sacred Powers of Haiti exhibit?

They should expect a perspective on Vodou that they’ve not had before if they’re used to the Hollywood portrayal of the practice. It’s a much more nuanced and compelling perspective. The system of beliefs and practices are different.

Q: I noticed you pronounced it differently. What’s the difference between Voodoo and Vodou?

There has been a lot of confusion over the years because there [are] distinct forms of the practice. Vodou, as they use in Haiti, is a form of religion, and that’s what we highlight in the exhibit. According to the two co-curators, after the 1804 revolution, the French and French Creoles were shoved out of Haiti and different strands went to different parts of America. This was an important time in the Americas because this was the first successful revolution by slaves to overthrow the masters and French elite. The ones that went to New Orleans practiced voodoo, and that has its own practices that are related but not the same.

Q: Can you explain some of the common misconceptions about the practice of Vodou?

Most people, because of the Hollywood versions of it, associate it with witchcraft or sorcery where you can harness the power of spirits to curse people. That’s the whole thing about sticking pins in dolls. That doesn’t happen in Haiti, not at all. There’s this popular thing going on about zombies and there’s a depiction of zombies in Vodou, but it’s nothing like the ones in the movies and shows like The Walking Dead.

Q: Why is Haiti significant to the practice Vodou?

Well, Vodou in Haiti is unique there. The forms, practice and spirits, you’ll see in the exhibit, [are] unique to Haiti. There are other forms of this religion in other places. In Vodou, you have mixing of African religious practices brought over by slaves and indigenous practices. These kinds of syncretic religions emerged out of that also to some degree absorbing Catholicism. The themes come from the African presence in the Americas.

Q: Where did these pieces come from?

These are all authentic from the collection of a Swiss woman named Marianne Lehmann. She married a Haitian and has lived in Haiti for over 40 years. She was trusted by various secret societies with these objects. They were forced to sell their objects, and Ms. Lehmann established a foundation to protect and care for the objects. The two curators of this exhibit,  Rachel Beauvoir-Dominique and Didier Dominique, work with the foundation. Out of thousands of pieces, they used about 300 to display in our exhibit, so we’re very privileged to have them. They’ve been all around the world, but The Field Museum is the first venue in the United States.

-- Interview has been condensed and edited.