Is There an Ideal Age to Die?

Last month, Dr. Ezekiel Emanuel penned an op-ed, “Why I Hope to Die at 75,” which ran in The Atlantic. By 75, Emanuel argues that he will have “lived a complete life.” Chicago Tonight discusses the controversial article and growing older. What makes this especially provocative is that Dr. Emanuel is an oncologist and heads the Department of Medical Ethics & Health Policy at the University of Pennsylvania. Previously, he was the director of the Clinical Bioethics Department at the U.S. National Institutes of Health and played a key advisory role in the design of President Barack Obama's Affordable Care Act.

Dr. Emanuel, who is 57, says in his opinion piece:

“Americans seem to be obsessed with exercising, doing mental puzzles, consuming various juice and protein concoctions, sticking to strict diets, and popping vitamins and supplements, all in a valiant effort to cheat death and prolong life as long as possible. This has become so pervasive that it now defines a cultural type: what I call the American immortal.  I reject this aspiration. I think this manic desperation to endlessly extend life is misguided and potentially destructive. For many reasons, 75 is a pretty good age to aim to stop."

Hemlock of Illinois is an organization dedicated to establishing the human right to die with dignity in the state of Illinois. Organization president Ed Gogol shares his reaction to Ezekiel Emanuel’s article with us.

"Certainly one’s faculties decline as one ages. As we get older, we may choose to focus less on preserving health. There comes a point where medical screening procedures and tests – for example, colonoscopies – become less relevant or contraindicated. There often comes a time where medical interventions are only prolonging suffering. Life is not infinite, and a wise aging person focuses especially on quality of life. Certainly – and this is where I feel particularly strongly – there sometimes comes a point where a rational adult may decide that their constellation of frailties and infirmities makes life so unpleasant that they would rather not go on.

But that is all beside the point here. 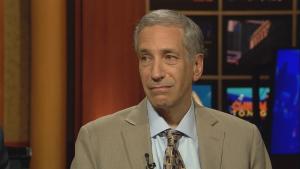 As people get sicker and suffering increases, they often find reserves of strength they didn’t know they had – and they find an ability to tolerate suffering they didn’t think they could because, as I said, life is precious. I am a genuine pro-life person who believes that the living have a basic human right to control their own bodies. This means that mentally competent adults who are dying and suffering intolerably have the right to choose to hasten their death.

I am particularly concerned that arguments such as Emanuel’s will be interpreted as imposing or encouraging a “duty to die.” No one should ever be put in such a position. As an advocate for the right to hasten one’s death, I feel very strongly that the appropriate reasons for doing so are intolerable and irremediable suffering – not the mere fact of age or disability, and not any concern that one is a burden to one’s loved ones or to society. A humane society takes care of all its members – young, old and in between. We are civilized human beings, and that means we have compassion for all members of our society.

It is particularly concerning to me that such a prejudiced and thoughtless argument should be made by someone who heads the clinical bioethics department at the National Institutes of Health and the department of medical ethics at the University of Pennsylvania.

I would summarize my argument as follows: Yes, let’s focus on improving quality, not mere quantity of life. But no, there never comes a point where anyone has a duty or a moral obligation to die, and the mere fact of age or disability does not render life any less precious."

Tags:
Ezekiel Emanuel
Why I Hope to Die at 75
Aging
growing older