Should universities pay their student athletes? Should college athletes be allowed to unionize? Is the NCAA failing to protect football players from serious injuries? These questions are just some of the issues concerning modern college athletics. But are these new scandals ruining the purity of the sport or were the seeds of big money, scandal corruption, and greed planted in the infancy of the sport? In his new book "The Opening Kickoff: the Tumultuous Birth of a Football Nation" author Dave Revsine tracks the early years of college football, drawing parallels between the dawn of the sport and present day.

Read an exceprt of his book and view a graphic of opening weekend for Big Ten schools.

Dave is also the lead studio host of the Big Ten Network. Hear Dave’s thoughts on his Big Ten tour this year, a preview of Northwestern and University of Illinois' seasons, and his thoughts on concussions and football in this web extra interview.

View a schedule for the Big Ten's opening weekend. 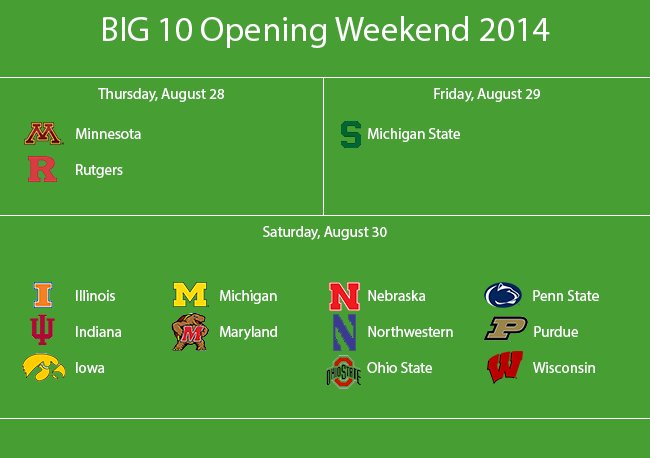 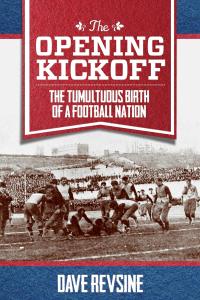 The Opening Kickoff: the Tumultuous Birth of a Football Nation

As Thanksgiving Eve, 1893, turned to Thanksgiving Day, Billy Edwards prepared to leave his post and head home. He made one last pass through his palatial workplace, the elegant bar at New York’s exclusive Hoffman House hotel, briefly reflecting on what had been one of the busier and more remarkable nights of his career as the famous establishment’s bouncer.

He walked past the gorgeous carved mahogany bar, momentarily pondering his reflection in the massive mirrors that lined the walls, mirrors that were said to be the largest in the nation. Standing less than 5'5", the forty-eight-year-old Edwards was an impeccably dressed and strikingly handsome man. He fit in perfectly with the Hoffman House’s high-end clientele. Despite his advancing age, he had a perfect physique. An Englishman by birth, he had once been the lightweight boxing champion of America—an indefatigable fighter, who, twenty-two years earlier, had gone a remarkable ninety-five rounds in a championship match.

On his way out the door, Edwards paused beside an out-of-towner transfixed in front of the bar’s most famous attraction. It was a massive painting, the scandalous “Nymphs and Satyr,” the work of celebrated Frenchman William-Adolphe Bouguereau. The man stood before the twelve-foot-high canvas, mouth slightly agape, staring longingly at the four frolicking naked women at the centerpiece of the work. As the tourist absentmindedly attempted to light a cigarette, Edwards quipped, “Say, young fellow, don’t light your nose,” and walked out onto Broadway. 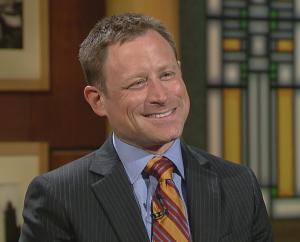 Edwards was immediately struck by the almost overwhelming din, standing in stark contrast to the more dignified scene inside the Hoffman House. Even at this late hour, the streets were jammed with people—many of them collegians, wearing huge overcoats and fashionable yellow shoes and carrying canes wrapped in either blue or orange ribbons. College cheers rang through the air, the “rah, rah” of Yale answered by the “sis boom bah” of Princeton.

Edwards quickly got lost in the crowd. It was probably for the best. Though he was certainly more than capable of defending himself, the former boxer felt a little trepidation in the early hours of this Thursday morning. At a time when the average American made less than ten dollars per week, he was carrying roughly fifty thousand. It was the day of the biggest sporting event of the year, the annual championship football game, and Edwards was New York City’s best-known bookie.

Intercollegiate football was still in its infancy, less than a quarter of a century removed from its humble beginnings—an 1869 match between Princeton and Rutgers. The early games were sparsely attended and had a collegial feel. A visiting team might roll into town on game day, stroll around with its hosts—perhaps play some billiards—and then head off to the field for the contest, the result of which was a veritable afterthought. When the game ended, the two teams often dined together, sharing toasts and laughter.

Within a decade, though, the games became a more serious matter. Princeton, Yale, Harvard, and Columbia formed a football association in the mid-1870s and began crowning an annual champion. The tenor changed. The emphasis on camaraderie was replaced by an emphasis on winning. Students rallied around the team as an expression of loyalty to their school. Its fortunes helped determine the university’s reputation.

Read more of Chapter One.

Excerpted from The Opening Kickoff: the Tumultuous Birth of a Football Nation by Dave Revsine. Reprinted with permission of publisher.