The Art of Spin

Does it help or hurt candidates when they're too polished? Are voters savvy and tired of the kinder, gentler version of candidates’ personalities? Is it good for the voters or dishonest? And what about all those politicians who dodge questions with non-answer answers? We talk to three of Chicago's best media trainers who give us a peek behind the sound bites. 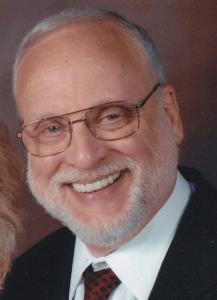 Read an interview with Dick Stone, president of Dick Stone Communications. Before he began working in media consulting, Stone worked as a reporter and news director for 26 years.

Q: Has your experience as a former reporter shaped the advice you give clients?

It certainly sharpens your idea of what news is, the type of judgment used by reporters, what makes a good sound bite, [and] what makes an interesting story. When you’re coming from the consumer’s end, that’s the reporter’s side, it kind of awakens people to what is really required of them to determine what is it that I need to say. Always start out with who am I talking to, who is my real audience here, what do I want them to know? It isn’t good enough to give a message; you got to be able to prove it.

Q: What do you mean by that?

You have to go out and prove why you say that. What makes you say that? What proof do you offer that you’re going to do it and succeed? It’s the question you really need to be able to answer. Say you’re running for governor. You’re talking about solving the state’s problems; how do you propose to do it? How does that work?

I’ve run into situations. A political candidate had to deal with the first question at [his/her] first news conference, and the question was “why are you running?” And the answer was “gee that’s a good question.” They never thought about that and never prepared themselves. I certainly tell the candidate, the client to be prepared. Know who you’re talking to and [you] need to know what you want them to know and how you will prove that to them.

Political candidates, people in corporate America. I’ve dealt with a number of Fortune 500 companies, executives, people who work in their media departments and teach them how to prepare their people when they go out and meet in the world.

There’s a situation I had with a very well-known food service company that ran into some real social problems with the media, and I talked to the founder and CEO of the company. I put the CEO through tough, tough interviews. When it was then determined by both of us that this is something [the CEO] shouldn’t do, he got emotional with it. He appreciated what I was showing him, and [said] that you better find someone on staff to do it because you can’t do it. At some point I thought that he was going to hit me. I told the person running the camera to stop, to leave us alone so I could talk to him. I said, “Obviously you’re having trouble with what I’m asking you.” He said, “I don’t like your questions.” I said, “No, you don’t like your answers. You’re not comfortable with your answers. We have to find an answer you’re comfortable with, so let’s start with the truth and see where that takes us.” 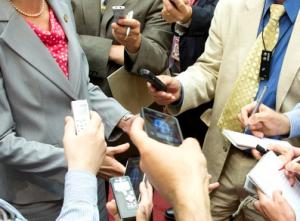 Q: What are some of the tips you give to clients?

First, you got to be prepared. You need to practice. Start with preparing; know who you’re talking to. Who is the real audience? It’s never the reporter. That’s the conduit to the real audience. In the case of a political candidate, [the audience] is the voters, taxpayers. For corporations, who are the people you’re trying to reach with a message, what is that message, and how do you prove it? And then practice, practice. If it’s the right answer the first time, it’s the right answer every time. Everything is a lot easier if it’s done once, twice, three times.

Q: Do you think voters are savvy to pick up on those who have received media training?

It’s disgustingly, blatantly clear if people have gone through it, especially if it’s not done right. I think we all recognize the dreaded talking points. Everyone says the same things, the same three to four talking points, and they hammer them over and over again. It’s certainly the nucleus of dealing with the media. The thing that’s missing from the talking points is the evidence, and I tell clients they can’t get away with that. You can’t throw out talking points. It’s like sock puppets arguing with each other and bopping each other on the heads. They’re just words; you got to make those words reality.

Q: Do you have anything else you’d like to add?

If you talk to a reporter, have a purpose. I tell all my clients that. Also, be aware there is no such thing as a casual conversation with a reporter. And the reason I say that is a reporter is watching. They are a conduit to your audience—taxpayers, consumers, customers. And if the reporter senses duplicity, you say one thing to them and say another on the record, what does that say? What is that telling them? And then you’ve lost your credibility. Above all else, you have to be credible. I believe clients, regardless of the walks of life they’re dealing with, that they expect honesty. Because without it, you’ve lost your credibility, and who’s going to listen to what you have say then?