Michael Waldman on 'The Second Amendment'

Author Michael Waldman says in his new book, “The Second Amendment: A Biography” that for more than two centuries gun rights and gun control went hand in hand, and that regulation of guns in private hands was routinely upheld by the courts.

But in the 1970s, a change in leadership at the National Rifle Association led to a new campaign to expand gun ownership rights.

They argued from an absolutist position. The Second Amendment was clear, they said, the gun rights of Americans should not be infringed. In 2008, the Supreme Court upheld that view in a 5-4 decision. Waldman joins us to tell us that story. Read an excerpt from his book.

"The Second Amendment: A Biography" 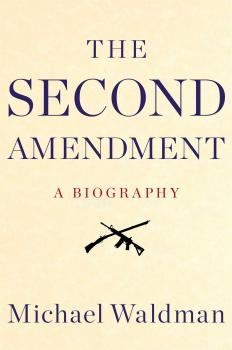 The NRA bills itself as “the nation’s longest standing civil rights organization.” That’s not exactly how it started.

During the Civil War, Union officers had grown perturbed at the poor marksmanship of their troops. Previously, guns were inaccurate, and target practice a waste of time. Now new technology—breech-loading guns and metal cartridge ammunition—made shooting a prized skill. In 1871, militia and army veterans created a new organization to train American men to shoot safely and accurately: the National Rifle Association. General Ambrose Burnside—yes, the same gent whose name lives to describe his distinctive whiskers—served as ceremonial president for a year. Government helped: New York State bought the NRA a rifle range to hold contests. The organization nearly collapsed when the state withdrew its support. “There will be no war in my time or in the time of my children,” New York’s governor assured the group’s leader. “The only need for a National Guard is to show itself in parades and ceremonies.” So federal officials stepped in, creating the National Board for the Promotion of Rifle Practice in 1901. It gave away surplus guns to clubs sponsored by the NRA. Between the world wars, the federal government provided 200,000 rifles to NRA members at cost. After the defeat of Japan, with its membership swelled, the NRA began to shift its focus. Its publications dwelled on hunting and sports shooting, not paramilitary activity. The group lobbied, and was based in Washington, D.C., but its principal focus was bagging deer, not blocking laws. In the late 1950s, it opened a new headquarters building to house its hundreds of employees. Metal letters spelled out its purpose in 1958: firearms safety education, marksmanship training, shooting for recreation. 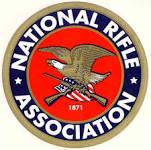 The NRA expressed unease with gun laws. But even as its ranks grew, it did not object to the first federal gun control measure, Franklin Roosevelt’s 1934 National Firearms Act, which banned machine guns and sawed-off shotguns. Its chief lobbyist testified before Congress. “I have never believed in the general practice of carrying weapons,” he told a House committee. “. . . I do not believe in the general promiscuous toting of guns. I think it should be sharply restricted and only under licenses.” A lawmaker asked him whether the proposed law violated any part of the Constitution. The witness responded, “I have not given it any study from that point of view.”

Crime remained low, and political violence minimal, in the years of consensus during World War II and the early Cold War. The tumult of the 1960s fractured that calm. Gun violence began to assume the status of a public controversy.

In March 1963, an advertisement appeared in the NRA’s American Rifleman magazine: 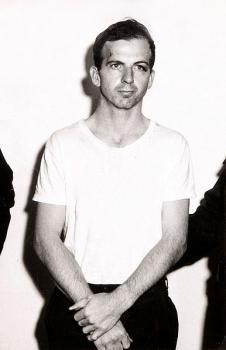 A man calling himself “A. Hidell” clipped the coupon and sent $21.45 to a Chicago-based mail order house to buy the military rifle. Hidell was Lee Harvey Oswald. After the assassination in Dallas, investigations angrily focused on the fact that it was possible to buy a rifle and ammunition sight unseen through the mail. Congress considered new gun laws. An NRA official testified, “We do not think that any sane American, who calls himself an American, can object to placing into this bill the instrument which killed the president of the United States.” Gun owners, however, contacted Congress to bury the bill. Lawmakers vowed an investigation of the gun lobby itself.

As the decade unfolded, political divisions took on deep cultural dimensions, pitting rural and suburban culturally conservative white voters against younger, more diverse city dwellers. Race invariably intruded. American Rifleman started a new column, “The Armed Citizen,” which profiled vigilantes. Guns & Ammo magazine said supporters of tighter gun rules were “criminal-coddling do-gooders, borderline psychotics, as well as Communists and leftists who want to lead us into the one-world welfare state.” As Newark, Watts, and Washington, D.C., burned in urban rioting, and leading American public figures were assassinated, Americans began to worry we were distinctly violent. Historian Richard Hofstadter ruminated on America’s gun culture in a widely read article in the otherwise apolitical American Heritage. Gun politics deepened cultural divides, he noted. “The most gun-addicted sections of the United States are the South and the Southwest. In 1968, when the House voted for a mild bill to restrict the mail-order sale of rifles, shotguns, and ammunition, all but a few of the 118 votes against it came from these regions. This no doubt has something to do with the rural character of these regions, but it also stems from another consideration: in the historic system of the South, having a gun was a white prerogative.”

In a time of backlash, the NRA grew increasingly vocal. When lawmakers trifled with it, the gun lobby showed it could retaliate at the ballot box. For years after, politicians would whisper about the intense passion of gun owners, and how they “took out” a pro–gun control senator from Maryland, Joseph Tydings, whose pelt might as well have been mounted in the NRA’s waiting room.

Read more of the book.