Last week, state lawmakers passed Mayor Rahm Emanuel’s plan to cut retirement benefits for some city workers. Even though the bill left out a controversial property tax hike provision, Gov. Pat Quinn has yet to sign the legislation. We discuss the effect Chicago’s reform could have statewide, and other topics, with our panel of Illinois lawmakers. Joining Carol Marin are Sen. Kwame Raoul, Sen. Matt Murphy, Rep. Ann Williams, and Rep. David McSweeney.

The bill, which is awaiting action by Gov. Pat Quinn, was stripped of a proposed property tax increase that would help fund the municipal and laborers’ pension funds.

The Chicago City Council will be responsible for voting on the mayor’s proposed $50 million increase in property taxes each year for the next five years. 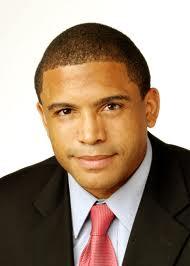 As Ald. Ameya Pawar (47th) and Ald. Will Burns (4th) were discussing the proposed property tax increase needed to fund these two pension funds, they realized an unexpected consequence of raising property taxes.

“One of the consequences of the property tax increase is more property tax revenue in TIF [Tax Increment Financing] districts,” Burns said.

There are 153 TIF districts in the city, and typically, any additional increment generated would go into the TIF districts, according to Emanuel spokeswoman Kelley Quinn.

"Aldermen Burns and Pawar came to the administration with the idea that any additional funds generated in TIFs would immediately be declared a surplus. It was a good, creative idea that the mayor fully supported,” Quinn said in a statement. “This means that CPS will get 50 percent of the surplus, while the City will receive 20 percent, of which will go towards pension payments."

“It makes sense that any property tax increase is not seen as a boondoggle for TIFs,” Burns said. “[We should] put that money back in the classrooms, in the community to provide services.” 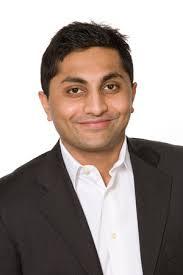 Dividing additional TIF funds among the local taxing bodies in the same proportion of the total tax bill that they levy would mean, by 2020, the city would get about $4.6 million of the $20 million surplus, and Chicago Public Schools would receive about $10 million, Quinn said.

While neither Burns nor Pawar are “excited” about the possibility of raising property taxes, they said this is just the beginning of the discussion, and they are both looking at other ways to generate revenue, in addition to, as well as in lieu of a proposed property tax increase.

“When I ran for office, I realized [this year] would be about pensions. At some point, I knew I was going to have to take some tough votes,” Pawar said. “It’s something everybody knew. We can have a policy debate about TIFs and how they’re used. That’s totally appropriate, but we’re not going to be able to get rid of them to fund pensions. TIF is used as a prop to avoid making tough decisions…I think every alderman must make a decision on how to vote. I would rather not have to vote for a property tax increase. I’m not excited about it. I also realized, I signed up for this. I’m not going to run away from making decisions.”

~ Rhyan Kronzer contributed to this report.