Is social media fueling Chicago gang wars? We take a closer look at the phenomena with Ben Austen, a journalist who took an in-depth look at how Facebook, YouTube, Twitter and Instagram -- among many others on the world wide web --- have contributed to escalating tensions and street violence in Chicago. 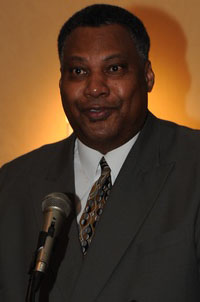 What are the major differences in gangs from your time and now?

There’s no accountability. Back in my time, we had morals, principles and “community law”—things you can’t do, like attacking elders. There’s no guidance and accountability now. If gang members do something in their own community, there won’t be any consequences. I think the problem was the introductions of drugs in these communities. They destroyed black families, and now we see the byproduct of this. Some gang members don’t have parents or might have mental issues.

Another major difference from now and then mentioned in Austen’s article is transparency. Gangs are now posting their criminal activity online. Why do you think that is?

Well, when you know better, you do better. Oftentimes, kids think, “If I do something, I want people to know about it.” That’s not smart and these gang wars are fueled by that. With most young people not being able to understand fact from fiction, they see no difference in their actions from popular rappers. Social media drives them and their sense of importance. They think it’ll provide them the opportunity to show their talents without even understanding what their talents are. The problem is it’s not real. If you disadvantage the community, you lose the ability to understand what’s real and not real.

Why do you think these gangs emulate the few rappers who make it?

Delusion. There is a small amount of people who make it from this lifestyle. What happens too often is record companies every now and then will look for fresh material. Young people will provide it for them because they’re out there living it. So the industry will hire one guy from that community and others will glorify it. Misery sells.

You mentioned there is no accountability in today’s gangs. Do you believe they’ve lost the sense of leadership and hierarchy?

Most gangs now are self-governing. They don’t have a higher influence. There are no super-gangs or gang leaders anymore, so these myths and legends that these kids worship are lies. There are just cliques on different blocks but no true, organized gangs. The economic engine of most blocks is narcotics so that’s what’s driving the gang mentality. There are no leaders.

You’ve gone from a gang leader to community activist. How are you giving back?

When I was growing up, I lost focus and fell into gangs. I grew tired of that lifestyle after a while and wanted to turn my life around and my community. I know if young men and women don’t have alternative outlets to go to, they’ll turn to aggression. That’s why we decided to open up the P.E.A.C.E Center. We opened our doors up and they started pouring in, so we gave them something to do. We started taking more field trips, offering games and dances and more creative things to do. The reality of it is, the violence slowed down because they had places to go. Right this minute, we have after-school programs that we offer kids. We still put out anti-violence and conflict resolution messages, and work with schools on mentoring. We’ve been around a while and still going strong. We teach them to respect themselves, so in turn they’ll respect their community as a whole.