Berkeley-based artist and former Chicago reporter Diane Abt shares her calligraphy-inspired artwork that will be featured in the 12th Annual Art in Motion fundraiser at Northwestern Memorial Hospital to raise money for the rehabilitation center. 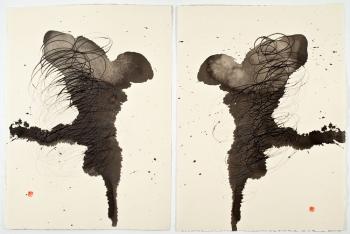 Read an interview with Abt and view a slideshow of her artwork.

You are in town for an art show?

Yes, the show is called Art in Motion or Art Futura 2014 at Northwestern Memorial’s Lurie Center in the Ryan Family Atrium. The show runs Feb 7- 13 and opening night is Feb. 6. The event will raise money through selling the art featured. The show’s juror, who selected the participants and will award outstanding work, is James Rondeau, curator of modern and contemporary art at The Art Institute.

Is it an honor to be involved?

Oh yes, a lot of people submit from all over the country so it’s competitive. I entered three years ago, and some good pieces I thought, but they didn’t make it. So I’m very happy to be included this year.

The show benefits the Rehabilitation Institute of Chicago?

Yes, and art therapy also. My father, after a terrible car accident, spent weeks at the rehab center so I have a personal connection with it. They do great work.

Tell me about your artwork.

I like to use common objects to make marks. For me, art making is very much about bringing a fresh perspective. I often make marks with things you find in everyday life, like an old potato masher or something I pick up on my morning walks in the woods, like a leaf. But I don’t want it to look like itself. I take something we see all the time but don’t actually see until it’s viewed in a new context. Then you can notice many details that you might have been blind to before. 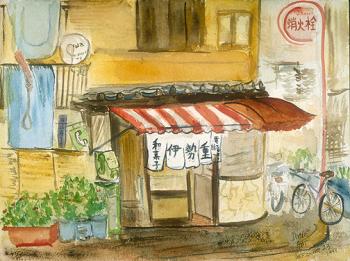 Your website features a Paul Klee quote: “Art renders visible the invisible.” Do you feel that quote embodied your work as a journalist and now as an artist?

I never thought of the quote in terms of my work in journalism, but yes, I think you are right. Yes, I think so. In the last two years, my journalism background began to emerge in my art, thanks to someone I met in a workshop. At first, I was overwhelmed by what I didn’t know in terms of the art world, so I was constantly looking things up that had to do with art history and things that were important to know.

Art is work – you are constantly asking, “What am I trying to say and how can I say it better through my craft?” Then this person in my workshop said – that’s still important to you [journalism and politics]. Put it in your work. Part of being an artist means being completely authentic and putting all of you into your work. So a lot of my work has that political edge that I didn’t include earlier.

Do most of your pieces now have a political message?

For instance, I did a series called "Abyss Passed in Silence," which explores the huge and growing gap between the very rich and very poor, wealth disparity. I also did screen prints about the war in Syria and a series of monotypes based on specific people I read about who had come to  protest in  Tahrir Square during the 2011 Arab Spring.

It’s challenging to make art that is politically thoughtful or edgy without making a political poster. I want it to be visually enticing, but also thought provoking for the viewer. Working as an artist, part of my challenge is melding both the head and the heart. While I was working as a journalist, I tried to include certain human details that would make a story really come alive for the listener.

Can you describe your pieces featured in the show?

There are three ink paintings. They aren’t exactly politically edgy but they have nice energy. I studied calligraphy in Japan and I still study. When I was in Japan, I studied with a woman who had never had a non-Japanese student. However, my Japanese calligraphy teacher in California is not as traditional. After my first workshop with him, he told me to, “Get a big brush and have fun in your studio.” That’s when I began doing gestural, as well as traditional calligraphy. All pieces in the show are examples of using the tools of calligraphy in a new way that I never would have done in Japan. Though I couldn’t have done them had I not studied traditionally in Japan.

You first began your career as a journalist in Chicago?

Yes. I began working at WBBM in 1968 when WBBM first became a news station. It was the year of the very memorable Democratic Convention in Chicago. I began as a producer, later became a reporter and left in 1984. I first moved to Seattle, chasing a guy, a New Yorker who was at the Sun-Times. I worked for NPR in Seattle covering various stories and the NBC television station with a former Chicago guy as director.

What about the education beat you covered in Chicago?

I am delighted to be working in art. Broadcast was great but I’m glad I’m not doing it anymore. [laughs]

I covered education among other things. I helped cover the Democratic Convention even though I was not out in the street. I covered public education in Chicago when it was a pivotal issue - when the Federal government was trying to desegregate the Chicago public schools. I also wrote about Chicago schools about to go belly-up when they had missed a bond payment. It was a time when teachers were being paid with IOUs. I also covered political stories – during the old Mayor Daley, then the second Mayor Daley, Jane Byrne and Harold Washington. I was there for it all.

Is there a particular story that stands out for you?

I remember covering a story on a house fire where a little girl had died. In the fire wreckage, there was a doll, a lone doll among the debris. And I remember putting that in the story. It’s interesting that this pops into my head. I remember talking to Charles Osgood and he said – reporters go out to do a story and come to start writing and they leave all the details out when writing to get to the point– but it’s the details that touch you and really make the story come alive. And that was what I wanted to do keeping that detail in my story, to touch people in a special way.
And that is what I struggle to do in my art, if that makes any sense.

After Chicago, you moved West?

I first moved to Seattle, it’s a wonderful place. I remember working on a story about the school system. I asked someone who would think this one issue isn’t a good idea. And they said, “well, there aren’t any.” In Chicago, at least you know where people stand and there is debate. That wasn’t the case in Seattle.

Chicago is even more endearing in retrospect.

Tell me about your time in Japan.

Eventually, we spent seven years in Tokyo, Japan when my husband Michael Zielenziger was working for Knight-Ridder Newspapers. I worked for NHK as a broadcaster. It was an interesting and bizarre experience at the same time.

My experience with CBS and NPR taught me to present stories in clear, simple language. In Japan, it’s a very different approach. There if there was a lead in the story, you bury it. The most important person you are writing for is the editor upstairs. The most memorable example of that was when my editor told asked, “Can you make that a little less clear?” The idea in Japanese culture is to be polite and ambiguous. The idea of clarity and performing a public service by writing stories of value is not of importance. 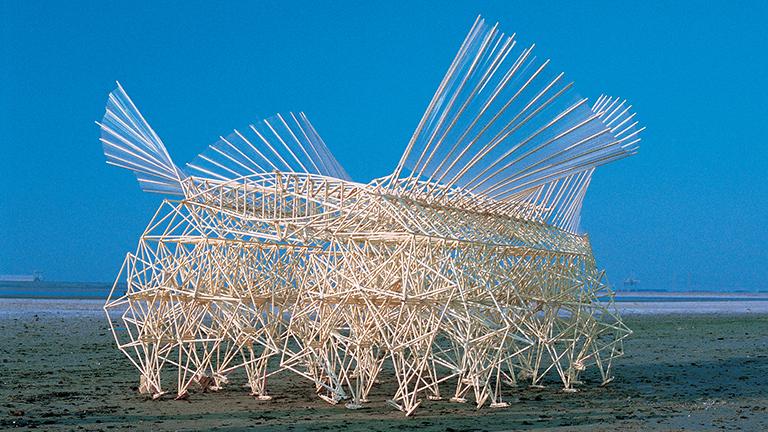 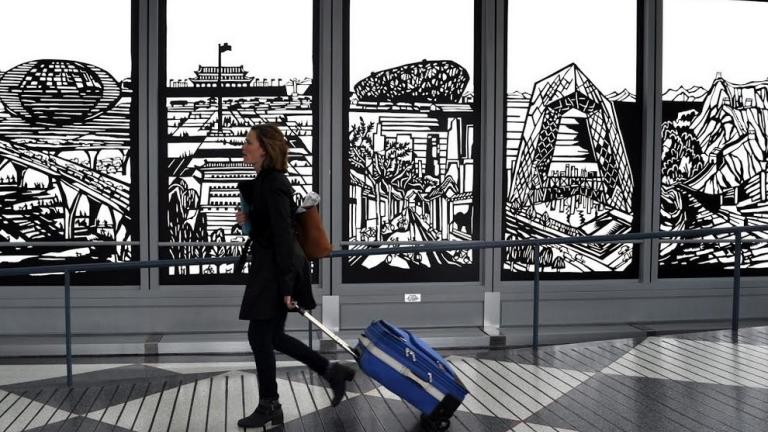 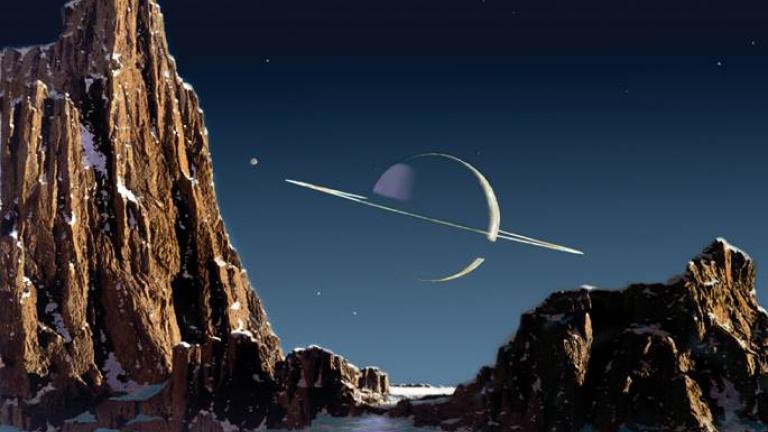 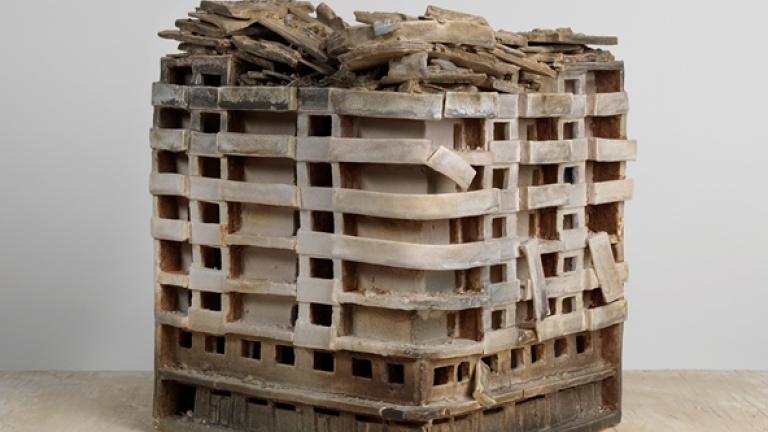 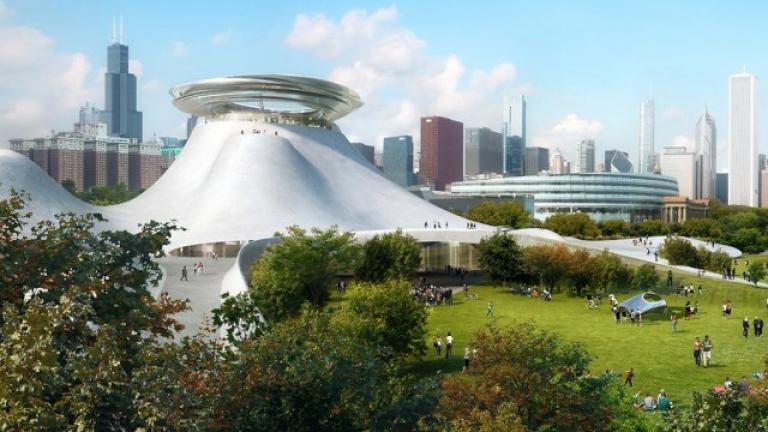 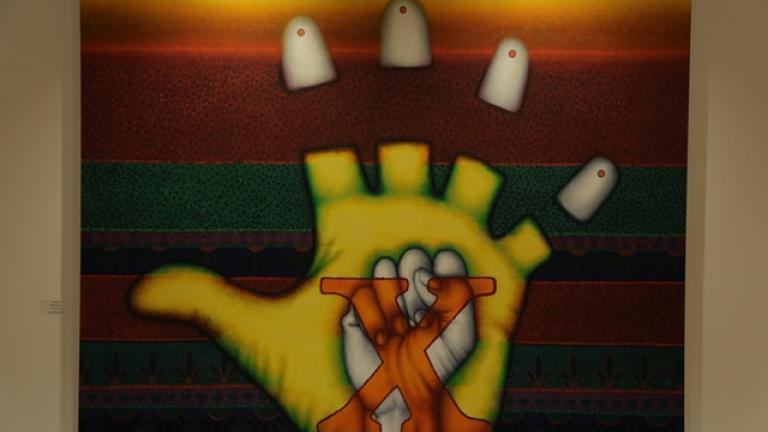