Geoffrey Baer answers your questions about disappearances, reappearances and sudden appearances across Chicago, like the giant Buddha heads emerging from the earth in Rogers Park and North Lawndale, the "Cold Water Girl" and the South Water Produce Market – in this edition of Ask Geoffrey.

What’s with all the half-buried Buddha heads around the Chicago area? 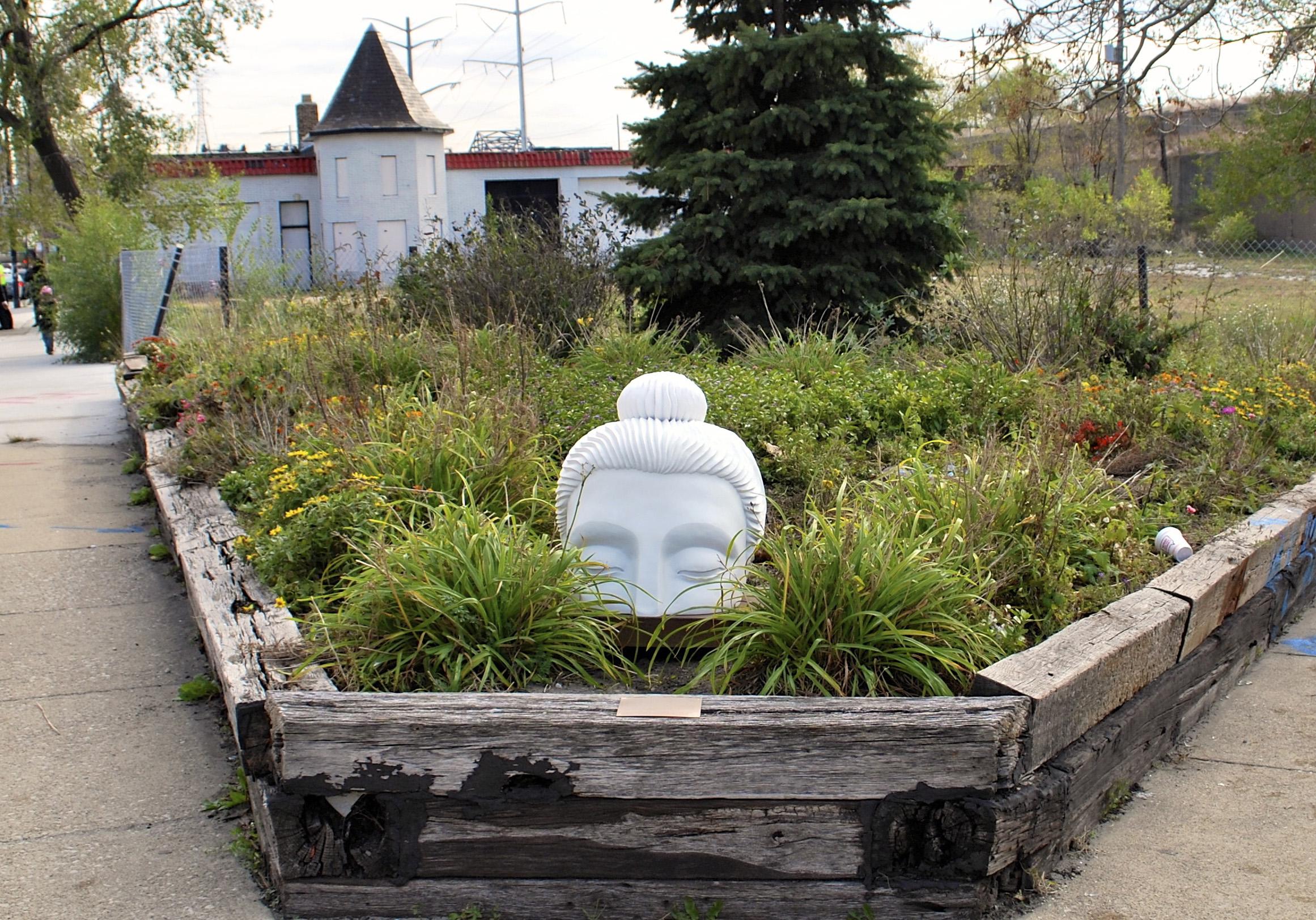 A Buddha sculpture in South Chicago

The figures are not half-buried. They are meant to be emerging from the ground in unexpected and public places all over the city.

They were created by Indian-born Chicago artist, peace activist, and educator Indira Freitas Johnson. She says the emerging Buddha is a powerful symbol of peace.

The sculptures are just the tip of the iceberg, so to speak, of a much larger community art project.

As part of the project people in the communities were brought together to help determine the locations of the Buddhas, to talk about solutions to violence in their neighborhoods and other social issues, and to create their own artworks inspired by the project. 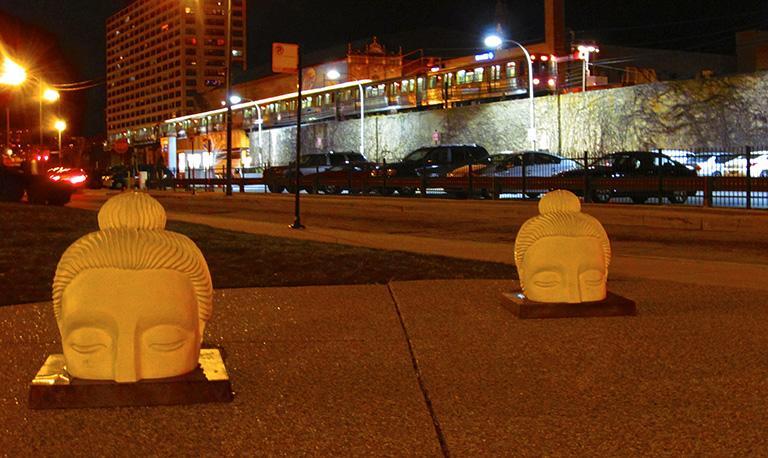 Of course the Buddha is a religious image. The organizers say that it is not their goal to advance spiritual or religious beliefs, but in some of the communities spiritual leaders are using the project to teach about Buddhism and other religions.

The project is a collaborative effort between the artist and an organization called Changing Worlds, which is a consortium of community groups involved in the arts, social causes, and education.

50 of the Buddhas will remain in the communities even after the project concludes in November 2013.

An article in Chicago History magazine references a fountain called "Cold Water Girl” in Lincoln Park. I've never seen it. Can you find out what happened to it? 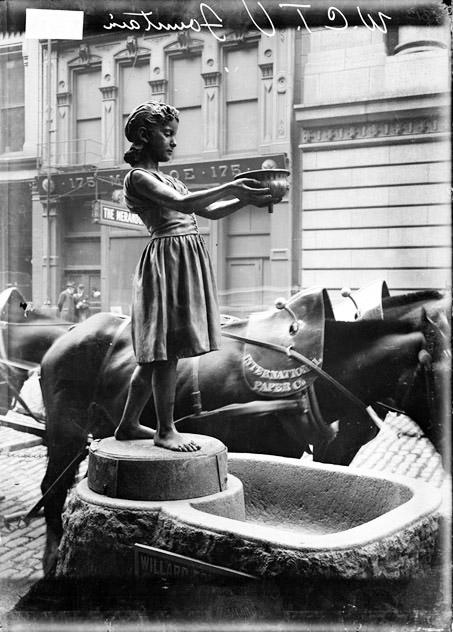 You never saw her because she was stolen off her stone base in the late 1950s, but she’s back, and she has quite a story! This past spring the park district installed a replica of the sculpture on the original stone base.

The Women’s Christian Temperance Union commissioned her for the World’s Fair of 1893. She was created by English artist George Wade and paid for with $3000 in pennies and nickels collected by school children. The project was part of the WCTU’s worldwide movement to create water fountains as an alternative to alcohol.

After the Fair, she was moved to LaSalle Street and Monroe in front of WCTU’s headquarters, and later moved to Lincoln Park, where she was stolen.

It turns out that three copies of the fountain were made for London, Detroit, and Portland, Maine. The Chicago Park District arranged to re-cast the sculpture from the one in Portland, and this year she found her way back to Chicago.

My father worked at the South Water Produce Market at 16th and Racine. The buildings look like condos now.  Is there a new location for the Market?

These beautiful old buildings housed the city’s main wholesale produce market from 1926 until 2001.

More than a million square feet and featuring beautiful decorative terra cotta ornament, this was once the largest wholesale produce market in the country.

The first South Water Street Market (downtown) was “picturesque pandemonium” according to a Chicago Tribune writer. It grew with absolutely no planning, and it became crowded, noisy, smelly and chaotic, creating huge traffic jams.

The wholesalers fought to stay put, but eventually they were relocated to 16th and Racine, and Wacker Drive was built.

Today the market has moved again. It’s now along the South Branch of the Chicago River at Damen, and it’s called the Chicago International Produce Market.

You can learn more about this story and others in our program Chicago Time Machine.