Americans consume roughly 52.2 billion pounds of meat annually, amounting to more than 270 pounds of meat per person per year. That level of consumption has been a contentious issue amongst foodies, health experts, and environmentalists. But, for Gene Baur, founder of the farm animal rescue organization Farm Sanctuary, the meat of the matter is the source itself: factory farms and the plight of the animals living and slaughtered in them. See before-and-after photos and read stories of Farm Sanctuary’s successful rescues below. 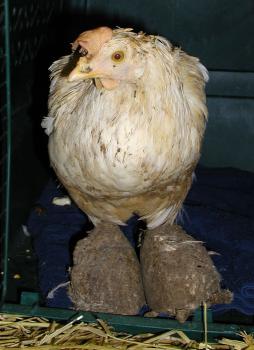 When Angie was rescued, she had more than half a pound of feces and feathers caked to each of her legs. Like hundreds of millions of egg-laying chickens across the U.S., she spent her life in a dark, foul-smelling warehouse, confined with seven other hens in a wire cage so small that none of them could so much as stretch a wing. Rescuers found Angie in more than a foot of liquid manure in the waste pits below the cages, where she probably fell when she was being moved from her cage. She was left to die in the filth with nothing to eat. Thankfully, her rescuers scooped her up and brought her to Farm Sanctuary. 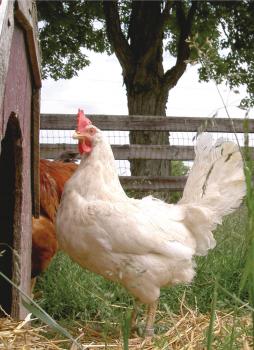 Caregivers at Farm Sanctuary’s New York Shelter carefully cleaned Angie’s legs and nursed the underweight hen back to health. Once she was well, Angie joined the shelter’s other hens, who are able to stay healthy by satisfying their instincts to eat nutritious food, live in a clean environment, scratch for grit, dust bathe, and bask in the sun. 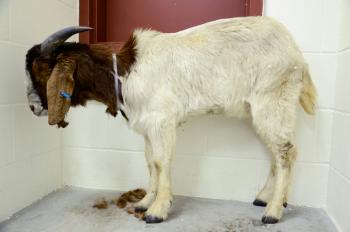 The tag in his ear read “MEAT.” When Elliott was found wandering the streets of Brooklyn, he had recently escaped from one of New York City’s many “live markets,” where customers select animals to be slaughtered on-site. Clearly a victim of neglect, the one-year-old goat was emaciated, dehydrated, breathing heavily, and afflicted with “orf,” or sore mouth. An infection had caused one of his eyes to swell shut. Tilting his head, he squinted through the other eye, also swollen, as he tried to make out the caregivers who had come to transport him to Farm Sanctuary. 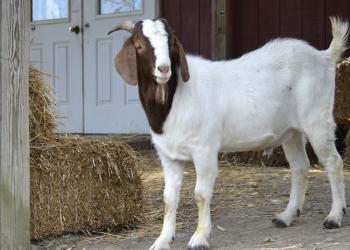 While Elliott received intensive treatment at Cornell University Hospital for Animals, Farm Sanctuary National Shelter Director Susie Coston repeatedly made the one-hour trip from the shelter in Watkins Glen, New York, to monitor his progress. Although his first days were touch-and-go, Elliott pulled through. He has since gained almost 50 pounds and is growing strong enough to romp and play. Even as he continues to receive treatment for a lung abscess, Elliott impresses caregivers with his high spirits. 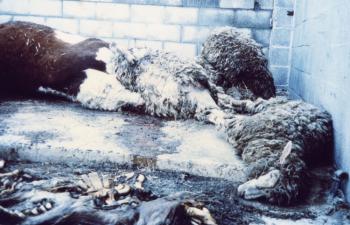 When he first laid eyes on Hilda, who had been discarded on a pile of animal carcasses at Lancaster Stockyards in Pennsylvania, Farm Sanctuary president and co-founder Gene Baur thought she was dead. Sensing his approach, however, the young sheep managed to raise her head. Gene rushed Hilda to a nearby vet’s office where, as she was examined, she began to revive and was soon standing and eating on her own. Hilda had simply collapsed, not from injury or disease, but from the brutal transport conditions commonly experienced by animals on their way to stockyards and slaughterhouses. 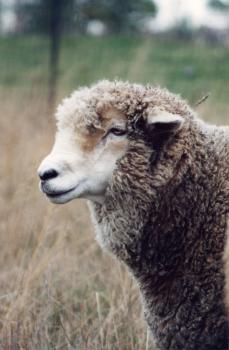 Hilda was the first animal rescued by Farm Sanctuary. Grown into a beautiful, healthy sheep, she lived at Farm Sanctuary for 11 years, touching countless people who met her or heard her story. 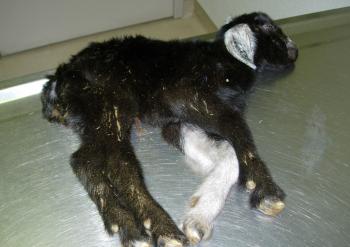 Jack was born at a livestock auction with the winter temperatures in the twenties. His mother was taken away to be sold, and he was left to die alone in a pen. A few hours later, however, a humane investigator discovered Jack, confiscated him, and rushed him to Farm Sanctuary. The tiny goat arrived suffering from hypothermia, pneumonia, and navel ill caused by the filthy conditions in which he was born and exacerbated by being deprived of the vital antibodies his mother’s milk would have provided. 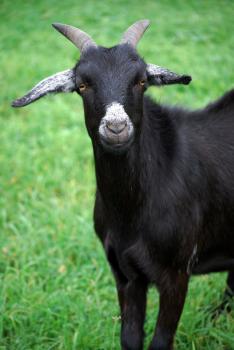 Jack faced a hard fight to live. He spent 22 days at the Cornell University Hospital for Animals as vets tube-fed him and administered oxygen and medications through a nebulizer and IV. He stabilized at last, however, and was able to continue his rehabilitation at Farm Sanctuary’s New York Shelter. This incredibly loving kid inspired his caregivers at the shelter with his determination and zest for life, traits he retains as a healthy, grown-up goat. 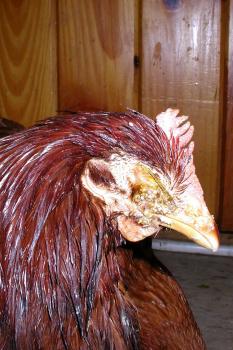 Johnny Damon and 56 other neglected animals were seized from an upstate New York property where they were kept outdoors without shelter in the dead of winter. When Johnny arrived at Farm Sanctuary’s New York Shelter with a severe respiratory infection and acute frostbite on both his feet, his prognosis was grim. 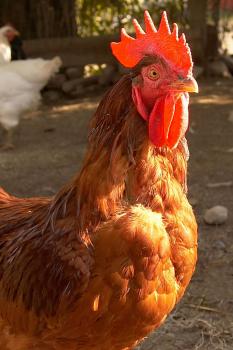 With intensive treatment at the shelter, Johnny made a full recovery. Although the frostbite cost him portions of several toes, this brave rooster remained in good spirits throughout his convalescence. Once he had completely healed, he was thrilled to join a flock of hens at a loving adoptive home. 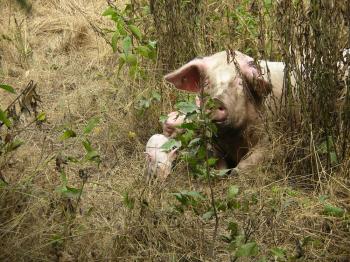 When floods ravaged the Midwest in 2008, thousands of pigs were abandoned in factory farms. Among them was Nikki, a pregnant sow who had been used to breed piglets for pork. Having saved herself from the floodwaters, Nikki gave birth on a levee. Even though she had spent her whole life indoors, confined in a 2-foot-wide metal crate, Nikki managed to care for her piglets as her wild ancestors would have done, building nests for them and teaching them to hide from strangers. She kept them safe until rescuers arrived. 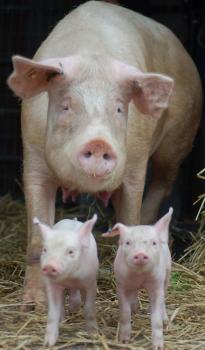 Nikki and the other 69 pigs rescued from the floods by Farm Sanctuary were emaciated, dehydrated, and severely sunburned when we found them. Many also suffered from foot infections and lung damage from inhaling dirty water as they swam to safety. The pigs received antibiotics and other treatments at a holding facility in Iowa before being transported to Farm Sanctuary’s New York Shelter for continued rehabilitative care. As they healed, Nikki and her babies remained inseparable — and they are to this day, even now that the youngsters are all grown up and bigger than their mom. 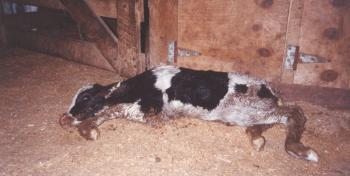 Discarded by a dairy producer, as male calves commonly are, newborn Opie lay dying in a stockyard alleyway. When Farm Sanctuary President and Co-Founder Gene Baur found him and brought him to the organization’s shelter, a fledgling operation at the time, the calf’s temperature was too low even to register on a thermometer, and he required an IV, colostrum, and round-the-clock bottle feedings. 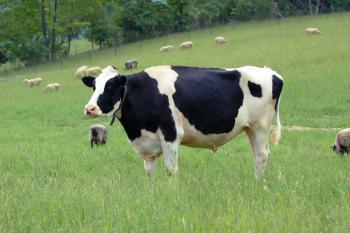 Under the diligent attentions of caregivers, Opie survived his brush with death and grew into a robust and majestic steer, eventually becoming the leader of the shelter’s cattle herd. Despite his imposing stature, Opie was a gentle and affectionate ambassador for his kind, endearing himself to the many visitors who met him over the years. 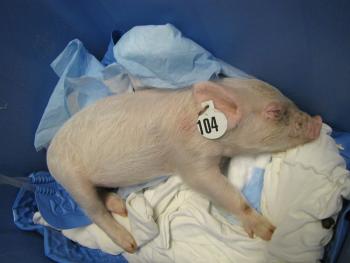 When Farm Sanctuary’s Emergency Rescue Team found Riley in a pen at an upstate New York livestock auction, the tiny piglet was too sick even to stand. His head tilted to one side, and one eye was swollen shut by a severe infection. In critical condition, Riley was rushed to the Cornell University Hospital for Animals, where he underwent immediate surgery to relieve the pressure in his ear. 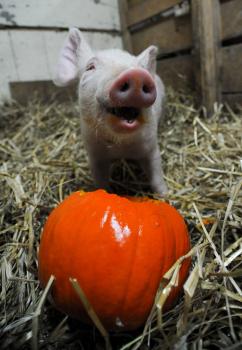 When he was well enough, Riley came to Farm Sanctuary’s New York Shelter, where he continued to receive treatment for his infections and a special diet to help him grow stronger. His early trauma has left him with a slight head tilt and blindness in one eye, but this joyful and indomitable pig can now root, wallow, and play like a champ. 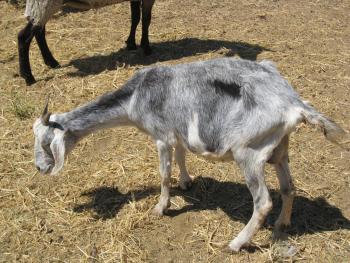 Suffering from egregious neglect, Swoosie and the 12 other goats on a Watsonville, California, ranch were so emaciated, injured, and critically ill that the humane officer who found and seized them feared for their lives. A veterinary examination at Farm Sanctuary’s Northern California Shelter revealed that several of the animals were also ailing with severe respiratory infections and parasite infestations. 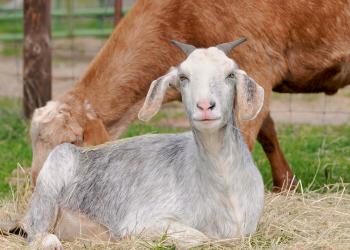 Treated for her illnesses and carefully brought back to a healthy weight with nutritious food, Swoosie now holds her own in the shelter’s goat herd. Whether roaming the pastures, playing on the goats’ jungle gym, or lounging in the sun with her friends, she’s the picture of contentment. 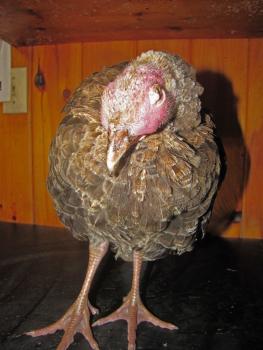 Velma was brought to Farm Sanctuary’s New York Shelter by a motorist who found her in the middle of a country road. Severe mycroplasma pneumonia had swollen the baby turkey’s eyes shut, and her nose and lungs were so full of infection that she could barely breathe. Caregivers weren’t sure Velma would make it through the night, but they set out to do everything they could to save her life. 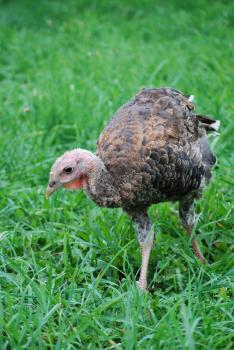 With antibiotics and fluids, Velma did survive the first night after her rescue and, through continued care, she healed completely and thrived. Brimming with curiosity and energy, this beautiful bird touched the lives of all who met her.