Could patients complaining of early signs of dementia be right -- even if tests say they're perfectly normal? Some of the latest Alzheimer's research includes "subjective cognitive decline," when people sense that their memory is failing, even when no one else can notice a difference.

"Subjective cognitive decline" is a relatively new concept, says Dean Hartley, director of science initiatives at the Alzheimer's Association. People may feel their memory or other cognitive features are declining, but would score in the normal range on a memory test. "But they feel something is changing over," he says.

Having this decline doesn't mean you will definitely have Alzheimer's, but people who self-report this decline are more likely to have some of the physiological conditions that are linked to Alzheimer's.

"I think the data is starting to support the idea that this self-reflection could potentially be an indicator of the very early parts of the disease," Hartley says.

One study followed patients with subjective cognitive decline for years and found they had higher levels of beta amyloid--a protein linked to Alzheimer's--in their brain. There are still no treatments to cure Alzheimer's, even if it is detected early, but researchers say subjective cognitive decline is useful for medical trials by identifying who has a higher risk for the disease.

Hartley joins us on Chicago Tonight at 7:00 pm with more on this new research.

And the Alzheimer's Association says there are 10 early warning signs for Alzheimer's. Read them below:

1. Memory loss that disrupts daily life. One of the most common signs of Alzheimer’s, especially in the early stages, is forgetting recently learned information. Others include forgetting important dates or events; asking for the same information over and over; relying on memory aides (e.g., reminder notes or electronic devices) or family members for things they used to handle on their own. What's typical? Sometimes forgetting names or appointments, but remembering them later.

2. Challenges in planning or solving problems. Some people may experience changes in their ability to develop and follow a plan or work with numbers. They may have trouble following a familiar recipe or keeping track of monthly bills. They may have difﬁculty concentrating and take much longer to do things than they did before. What's typical? Making occasional errors when balancing a checkbook.

3. Difficulty completing familiar tasks at home, at work or at leisure. People with Alzheimer’s often ﬁnd it hard to complete daily tasks. Sometimes, people may have trouble driving to a familiar location, managing a budget at work or remembering the rules of a favorite game. What’s typical? Occasionally needing help to use the settings on a microwave or to record a television show.

4. Confusion with time or place. People with Alzheimer’s can lose track of dates, seasons and the passage of time. They may have trouble understanding something if it is not happening immediately. Sometimes they may forget where they are or how they got there. What's typical? Getting confused about the day of the week but ﬁguring it out later.

5. Trouble understanding visual images and spatial relationships. For some people, having vision problems is a sign of Alzheimer’s. They may have difﬁculty reading, judging distance and determining color or contrast. In terms of perception, they may pass a mirror and think someone else is in the room. They may not recognize their own reﬂection. What's typical? Vision changes related to cataracts.

6. New problems with words in speaking or writing. People with Alzheimer’s may have trouble following or joining a conversation. They may stop in the middle of a conversation and have no idea how to continue or they may repeat themselves. They may struggle with vocabulary, have problems ﬁnding the right word or call things by the wrong name (e.g., calling a watch a "hand clock"). What's typical? Sometimes having trouble ﬁnding the right word.

7. Misplacing things and losing the ability to retrace steps. A person with Alzheimer’s disease may put things in unusual places. They may lose things and be unable to go back over their steps to ﬁnd them again. Sometimes, they may accuse others of stealing. This may occur more frequently overtime. What's typical? Misplacing things from time to time, such as a pair of glasses or the remote control.

8. Decreased or poor judgment. People with Alzheimer’s may experience changes in judgment or decision making. For example, they may use poor judgment when dealing with money, giving large amounts to telemarketers. They may pay less attention to grooming or keeping themselves clean. What's typical? Making a bad decision once in a while.

9. Withdrawal from work or social activities. A person with Alzheimer’s may start to remove themselves from hobbies, social activities, work projects or sports. They may have trouble keeping up with a favorite sports team or remembering how to complete a favorite hobby. They may also avoid being social because of the changes they have experienced. What's typical? Sometimes feeling weary of work, family and social obligations.

10. Changes in mood and personality. The mood and personalities of people with Alzheimer's can change. They can become confused, suspicious, depressed, fearful or anxious. They may be easily upset at home, at work, with friends or in places where they are out of their comfort zone. What's typical? Developing very speciﬁc ways of doing things and becoming irritable when a routine is disrupted. 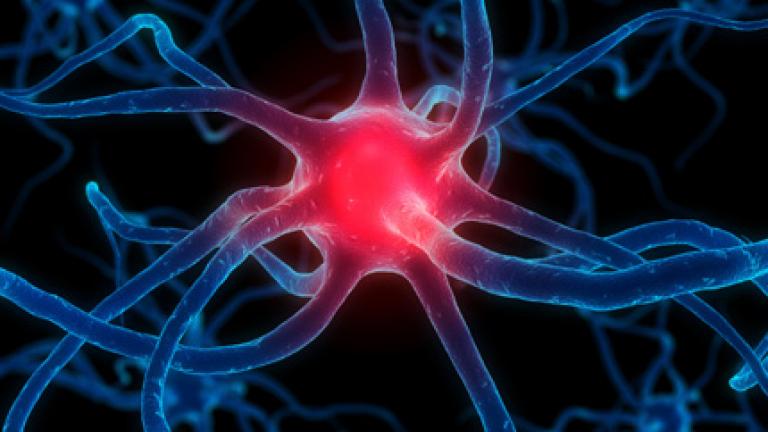