The country's largest comedy festival, food from the city's top purveyors, and butterflies at the Botanic Garden; Chicago Tonight knows what's going on this weekend. 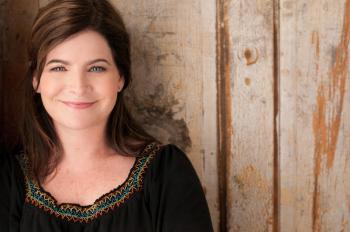 Over the years, Chicago has laid claim to the title of funniest city in America. From Farley and Belushi to Fey and Colbert, the list of performers who made a name for themselves at Chicago’s comedy clubs is astonishing to read, so it only makes sense for the country’s largest comedy festival to call Chicago home. The fifth-annual TBS Just For Laughs Chicago is back in town through this Sunday, and with it, a who’s-who of some of the biggest stars in comedy. Tickets are still available to see Saturday Night Live star Seth Meyers Friday at 7:30 pm at the Chicago Theatre, or fellow headliner Bill Maher on Sunday at 7:30 pm. But the festival isn’t just about the big names; tons of local talent and comics from around the nation will be on stage at venues like Stage 773, Park West and the Vic all weekend long. Ticket prices and show times vary, so click here to view a full festival schedule and purchase advance tickets.

Home to some of the city’s most revered eateries, the Randolph Street Corridor has made a name for itself as THE go-to spot for Chicago foodies seeking culinary adventures. To show off the fare offered by the row’s talented chefs, the Taste of Randolph Street returns to the West Loop for a weekend of good eats, libations and tunes. Among the Randolph Street staples participating in the festival are Publican Quality Meats, Vivo, bellyQ, De Cero, The Tasting Room and many more. But the festival is hardly just about the grub: while you chow down, top-notch musical acts like The Joy Formidable, the New Mastersounds, and a slate of talented DJs will provide the laid-back jams. Merchants selling artisan jewelry, clothing and artwork will also be on hand. A $10 donation to benefit the West Loop Community Organization is suggested for admission to the festival. Friday night, the festivities begin at 6:00 pm and last until 10:00 pm; Saturday and Sunday, festival hours are from noon until 10:00 pm. To view a full music line-up and to learn more about participating restaurants, click here. 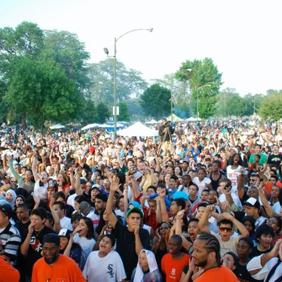 Takin’ It To The Streets

Aiming to bridge divides between Chicago’s varied racial, ethnic and religious communities through artistic and musical expression, the Takin’ It to the Streets festival takes place this Saturday in the Chicago Lawn neighborhood. This Muslim-led festival brings together an incredible mix of dynamic speakers, performers and artists to inspire social unity and change. Among the performers hitting the stage Saturday are Black Star, the hip-hop duo comprised of Yasiin Bey (aka Mos Def) and Talib Kweli, and renowned DJ Ali Shaheed Muhammad. In addition to the music, the festival-goers can browse the “International Bazaar,” offering exotic cultural artifacts, multi-ethnic fares and more. Festival hours are from 11:00 am to 9:00 pm and admission is FREE. To learn more about the festival and to view a schedule of events, click here. 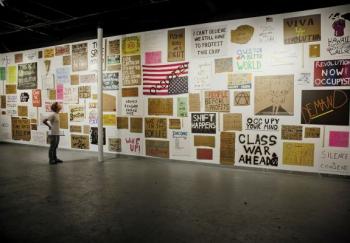 This weekend is your last chance to catch the artwork of Chicago-based artist Jason Lazarus at Chicago’s Museum of Contemporary Art. Lazarus himself has described the exhibit as a “public parable of learning,” inspired by his work as an artist and educator. The exhibit is divided into three sections: the first features weekly performances by classical piano students who will learn and perform Frédéric Chopin’s Nocturne in F minor, op. 55, no. 1 during the exhibit. The second is an interactive gallery featuring recreated signs and posters gathered from the Occupy Wall Street movement, which visitors are encouraged to carry as they please through the museum. The last portion is the most traditional and explores the intersection of public and private places through Lazarus’s photography. The exhibit is on display through Sunday at the MCA and an admission fee of $12 is suggested ($7 for students and seniors, free for MCA Members and the military. Museum hours this weekend are from 10:00 am to 5:00 pm. To learn more about the exhibit, click here.

It’s that time of year, when butterflies native to Illinois as well as migrating visitors are flitting about in Chicago’s parks. But for a truly immersive butterfly experience, head to the Chicago Botanic Garden’s “Butterflies and Blooms” exhibit this weekend. Located on the lawn of the Botanic Garden’s Learning Campus, the exhibit features a 2,800 square foot mesh enclosure containing hundreds of exotic butterfly species from South America, Asia, North America, Africa, as well as several species that call Illinois home. Visitors can expect to see over 500 butterflies during their visit. The “Blooms” section of the exhibit contains a variety of brightly colored nectar plants, favorites among the hungry butterfly population. The exhibit is open daily from 10:00 am to 5:00 pm through September 2. Admission prices are as follows: $6 for adults, $5 for seniors, $3 for children ages 3 to 12, and free for children under age 3. To learn more about the exhibit, click here.