John Malkovich Journeys into the Dark with "The Infernal Comedy"

Actor John Malkovich stars in an unsettling stage show  filled with music and murder. He joins us on Chicago Tonight at 7:00 pm to discuss his dark role in in the upcoming play, The Infernal Comedy: Confessions of a Serial Killer.

Watch a web-exclusive interview where Malkovich discusses his operatic performances and his fledgling fashion line:

Chicago Tonight spoke with the writer and director of the play, Michael Sturminger. Read our Q&A below.

What about Jack Unterweger compelled you enough to write a play about him?

John Malkovich read a book about Jack Unterweger called Entering Hades: The Double Life of a Serial Killer by John Leake. It was John’s [Malkovich] idea to make a play of it. We decided to do it with two opera singers. We decided that there would be parts of the play where John, playing Unterweger, would talk and then there would be musical transitions with the two opera singers.

Why did you choose to write the play using this style of storytelling?

We wanted two layers of information to be presented. One, the author, Unterweger, presenting us his autobiography, explaining his thoughts, which may or may not be honest.

The music tells the truth. It is the voice of the victims, the answer from the broken hearts of the women. The two singers, as Unterweger says in the play, make what would have been a man reading from his autobiography for a few hours into a much more interesting evening.

I wanted to put together these old arias of women singing about men together with a serial killer from the 1990s. There are a lot of connections between the two. The music allows us to explore different musical feelings, to show different sets of emotions at their most extreme.

As the play goes on, the audience comes to realize that the music and the spoken word are connected, and not just random. They start to become characters in each other’s stories. We didn’t even need to change the lines of some of the arias. The lyrics fit the Unterweger story perfectly.

Does John Malkovich’s character ever sing?

This is John’s first time working with a live orchestra. He told me, “If you want to go against the music, it’s like hitting the wall of house.” So, he has to find a window to go into. In this play, he’s really a mute opera singer. He has to play to the people singing and interact with them, without doing so himself. It’s wonderful to watch.

In your 2004 film, A Whore’s Son, you deal with a very similar character: a young boy dealing with a difficult childhood because of his mother being a sex worker. What interests you about these subjects?

I had never thought of those two being similar, but now that you say it, I can see how they are similar.

But for Unterweger, his mother was not a prostitute. He made all of that up. Also, the Unterweger story chose me. The Whore’s Son was a novel, and I was captured by its coming of age storyline, although apparently there might be more to it than that.

After he was released from prison having served his 15-year sentence for murder and receiving the support of Nobel Prize-winners and politicians, Unterweger began killing again. Can there be true rehabilitation?

Of course, you look at things on a case-by-case basis and everyone should have a second chance, as long as it’s safe and it isn’t dangerous to other people. Societies should be more careful, though. Austria in the 70s and 80s was hoping to prove a theory in regards to rehabilitation. And it failed miserably.

Unterweger was very talented in being able to see what people wanted from him. He was more than willing to play a role for people if it meant him being free. He would play whatever figure was necessary.

In prison, he started learning and writing, and he soon understood that this culture could be a key to his freedom. He would travel and read his works while he was in prison, though it did not lessen his sentence, which was still 15 years.

When he got out, he started killing again. He had no reason to kill. People thought he was rehabilitated. I think there was some hubris there. I see him as acting insanely in a sane way. Women were still convinced, even near the end, that he wasn’t a killer.

Did you want the audience to experience the manipulation he practiced on so many others?

We don’t want the audience to have too pleasant of an experience. We want them to say, “Can I laugh at this? Is this terrible? Why am I entertained?” And the breaks with the music are a way of giving the audience more time to think, to digest their reactions to Unterweger’s words.

Unterweger hanged himself using the same knot he used to strangle many of his victims. What do you make of the way he died?

Tell us about John Malkovich’s performance.

In every line, John is trying to be him. Always to be him. He isn’t even thinking about it, he is only following the material. We weren’t interested in mimicking Unterweger’s looks in the play. We don’t care. There is no mimicry here. Every time we do this play, we try to do it as a new production. So, because we haven’t done this play since the summer, I am looking forward to what the play will look like.

Anything can happen. That’s the great art of Malkovich. He can be anything at any moment.

What should the audience know about this play?

We should not miss that this piece is a musical piece, it is opera. What hit John was the power of music in this piece. This project is very special for us. We need people who not only want to come and see John’s performance, but also to come and hear the music. We have had people telling us that they started to like classical music after seeing the piece. I hope that every aspect of the play is enjoyed and contemplated by the audience. 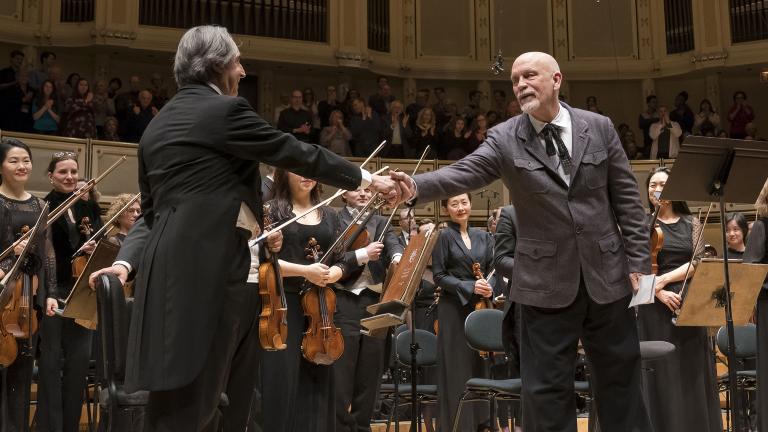 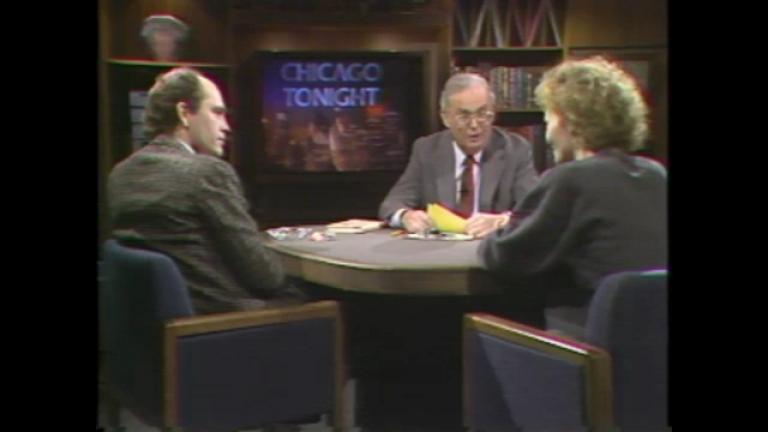