Excerpt: "The World Until Yesterday" 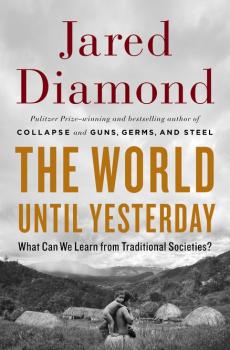 Why do we find “traditional” societies so fascinating?[1] Partly, it’s because of their human interest: the fascination of getting to know people who are so similar to us and understandable in some ways, and so unlike us and hard to understand in other ways. When I arrived in New Guinea for the first time, in 1964 at the age of 26, I was struck by the exoticness of New Guineans: they look different from Americans, speak different languages, dress differently, and behave differently. But over the subsequent decades, in the course of my making dozens of visits of one to five months each to many parts of New Guinea and neighboring islands, that predominant sense of exoticness yielded to a sense of common ground as I came to know individual New Guineans: we hold long conversations, laugh at the same jokes, share interests in children and sex and food and sports, and find ourselves angry, frightened, grief- stricken, relieved, and exultant together. Even their languages are variations on familiar worldwide linguistic themes: although the first New Guinea language that I learned (Fore) is unrelated to Indo-European languages and hence has a vocabulary that was completely unfamiliar to me, Fore still conjugates verbs elaborately like German, and it has dual pronouns like Slovenian, postpositions like Finnish, and three demonstrative adverbs (“here,” “there nearby,” and “there faraway”) like Latin.

All those similarities misled me, after my initial sense of New Guinea’s exoticness, into thinking, “People are basically all the same everywhere.” No, I eventually came to realize, in many basic ways we are not all the same: many of my New Guinea friends count differently (by visual mapping rather than by abstract numbers), select their wives or husbands differently, treat their parents and their children differently, view danger differently, and have a different concept of friendship. This confusing mixture of similarities and differences is part of what makes traditional societies fascinating to an outsider. 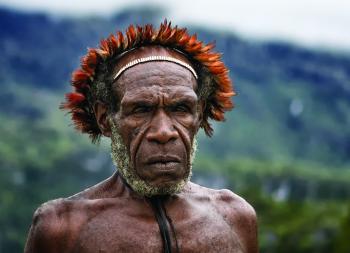 Another reason for the interest and importance of traditional societies is that they retain features of how all of our ancestors lived for tens of thousands of years, until virtually yesterday. Traditional lifestyles are what shaped us and caused us to be what we are now. The shift from hunting-gathering to farming began only about 11,000 years ago; the first metal tools were produced only about 7,000 years ago; and the first state government and the first writing arose only around 5,400 years ago. “Modern” conditions have prevailed, even just locally, for only a tiny fraction of human history; all human societies have been traditional for far longer than any society has been modern. Today, readers of this book take for granted farm- grown and store- bought food rather than wild food hunted and gathered daily, tools of metal rather than of stone and wood and bone, state government and its associated law courts and police and armies, and reading and writing. But all of those seeming necessities are relatively new, and billions of people around the world today still live in partly traditional ways.

Embedded even within modern industrial societies are realms where many traditional mechanisms still operate. In many rural areas of the First World, such as the Montana valley where my wife and children and I spend our annual summer vacations, many disputes are still resolved by traditional informal mechanisms rather than by going to court. Urban gangs in large cities don’t call the police to settle their disagreements but rely on traditional methods of negotiation, compensation, intimidation, and war. European friends of mine who grew up in small European villages in the 1950s described childhoods like those in a traditional New Guinea village: everybody knew everybody else in the village, everyone knew what everyone else was doing and expressed their opinions about it, people married spouses born only a mile or two distant, people spent their entire lives in or near the village except for young men away during the world war years, and disputes within the village had to be settled in a way that restored relationships or made them tolerable, because you were going to be living near that person for the rest of your life. That is, the world of yesterday wasn’t erased and replaced by a new world of today: much of yesterday is still with us. That’s another reason for wanting to understand yesterday’s world. 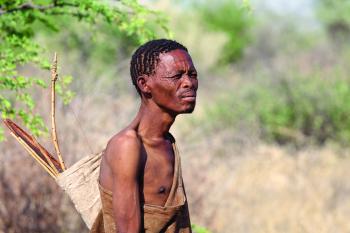 As we shall see in this book’s chapters, traditional societies are far more diverse in many of their cultural practices than are modern industrial societies. Within that range of diversity, many cultural norms for modern state societies are far displaced from traditional norms and lie towards the extremes of that traditional range of diversity. For example, compared to any modern industrial society, some traditional societies treat elderly people much more cruelly, while others offer elderly people much more satisfying lives; modern industrial societies are closer to the former extreme than to the latter. Yet psychologists base most of their generalizations about human nature on studies of our own narrow and atypical slice of human diversity. Among the human subjects studied in a sample of papers from the top psychology journals surveyed in the year 2008, 96% were from Westernized industrial countries (North America, Europe, Australia, New Zealand, and Israel), 68% were from the U.S. in particular, and up to 80% were college undergraduates enrolled in psychology courses, i.e., not even typical of their own national societies. That is, as social scientists Joseph Henrich, Steven Heine, and Ara Norenzayan express it, most of our understanding of human psychology is based on subjects who may be described by the acronym WEIRD: from Western, educated, industrialized, rich, and democratic societies. Most subjects also appear to be literally weird by the standards of world cultural variation, because they prove to be outliers in many studies of cultural phenomena that have sampled world variation more broadly. Those sampled phenomena include visual perception, fairness, cooperation, punishment, biological reasoning, spatial orientation, analytic versus holistic reasoning, moral reasoning, motivation to conform, making choices, and concept of self. Hence if we wish to generalize about human nature, we need to broaden greatly our study sample from the usual WEIRD subjects (mainly American psychology undergraduates) to the whole range of traditional societies.

[1] By the terms “traditional” and “small- scale” societies, which I shall use throughout this book, I mean past and present societies living at low population densities in small groups ranging from a few dozen to a few thousand people, subsisting by hunting- gathering or by farming or herding, and transformed to a limited degree by contact with large, Westernized, industrial societies. In reality, all such traditional societies still existing today have been at least partly modified by contact, and could alternatively be described as “transitional” rather than “traditional” societies, but they often still retain many features and social processes of the small societies of the past. I contrast traditional small- scale societies with “Westernized” societies, by which I mean the large modern industrial societies run by state governments, familiar to readers of this book as the societies in which most of my readers now live. They are termed “Westernized” because important features of those societies (such as the Industrial Revolution and public health) arose first in Western Europe in the 1700s and 1800s, and spread from there overseas to many other countries.