"You Were Never in Chicago"

Neil Steinberg, longtime columnist for the Chicago Sun-Times, shares stories from his new book, a defense of the city of Chicago, on Chicago Tonight at 7:00 pm. Read an excerpt from his book, You Were Never in Chicago.

There are only two ways to get to Chicago. You either are born here or you arrive. Those born here have a natural claim, the automatic ownership that emerging into the world upon a certain spot has granted people, at least in their own view, since time began.

But those who come here also have claim to the city, eventually, and some even become its icons if they stick around long enough. Studs Terkel was born in New York City, Nelson Algren in Detroit. Carl Sandburg, as I mentioned, grew up in Galesburg. Al Capone was born in Brooklyn, as was the superstar who temporarily replaced him as the city’s representative, Michael Jordan. Some try to find a bit of foreshadowing in Oprah Winfrey being born in Kosciusko, Mississippi, a town named for the Polish hero of the American Revolution, as if that predicted her eventual arrival at the city with—all together now!—the largest Polish population outside of Warsaw. But it isn’t as if everyone born in Kosciusko ends up here. 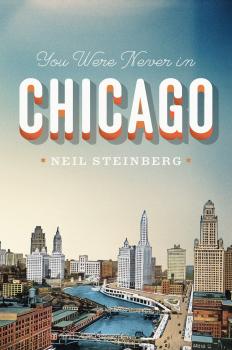 Indeed, Chicago never seemed to quite stick to Jordan and Winfrey, despite their years in the city, perhaps because their feet so seldom hit the street, perhaps because they amassed the sort of wealth and fame that transcends any specific geographic location. God is supposedly everywhere and is often thought of as being in a certain place at a certain time, but nobody would say, “God lives in Chicago.” Ditto for Jordan and Winfrey— particularly Jordan, since he made his home in suburban Highland Park.

Perhaps that is hypocritical of me to say, living in Northbrook as I do. Then again, newcomers are generally scorned, even by their fellow newcomers. Thus African Americans arriving early in the Great Migration, who tended to be from states such as Georgia, Kentucky, and Missouri, looked down their noses at more recent arrivals from Alabama, Mississippi, Arkansas, and Louisiana, for their Deep South country ways. The Defender would lecture them on how to behave in the city. Jews from Eastern Europe not only had to face hostility from gentiles, but also from other Jews who had arrived a few boats earlier, particularly those from Germany, who were well established and better off , considered themselves more culturally advanced, not to mention less conspicuous, and were embarrassed by the clatter of their unwashed Yiddish-speaking brethren, a Teutonic smugness that history was to wring out of them, ruthlessly. Chicago’s Standard Club has the dubious distinction of being a Jewish organization that once discriminated against Jews.

Why this universal resistance? Resources—housing, jobs, spouses—are scarce and you don’t want to share them, which you might feel compelled to do if you acknowledged your kinship with less fortunate new arrivals. Plus the basic human need to feel superior to someone else. Not to forget fear—German Jews and Bronzeville blacks had found their place in the city, tried to mold themselves to it as best they could, to develop some

protective camouflage against the hostility they faced, and thus worried that the harder-to-miss newcomers would draw unwanted attention. Plus embarrassment—you are primed to recognize the supposed flaws of your freshly arrived brethren because until recently you displayed those same flaws yourself, and are ready to reward yourself for your improvement with a fortifying contempt for those unfamiliar with something you struggled to learn. All those jokes aimed at greenhorns offered a welcome opportunity for people who showed up last month to laugh at those who stepped off the boat yesterday.

The newcomers often returned the favor, viewing the provincials they found in Chicago with puzzlement and hostility. “I am in a strange land, and among strange people, and a strange language, for I can not get these darned Yankees to speak Norwegian,” Christian Jevne wrote home to his parents in 1864. “I therefore have to jabber English all day long.”

Though frequently inconvenienced, those who come from other places are also aided by their foreignness. As much as being from somewhere else can hold you back, at least initially, it can also help. You experience a place afresh because it is new to you. While lifelong residents prefer to believe that arriving after infancy disqualifies a person from ever grasping Chicago—many police officers insist a superintendent brought from outside the force can never understand the demands of their jobs—the truth is often the exact opposite: coming from somewhere else can be the key to both clearly perceiving a situation and having the freedom to express that perception. Lack of connections allows newcomers to speak openly about the way things actually are—self interest doesn’t hold them back— which of course longtime residents resent, not because the newcomers misunderstand, but because they understand all too well. “People used to ask me afterward if I had not spent my life in Chicago,” Upton Sinclair wrote in his autobiography, “and I answered that if I had done so, I could never have written The Jungle. I would have taken for granted things that now hit me a sudden blow.” 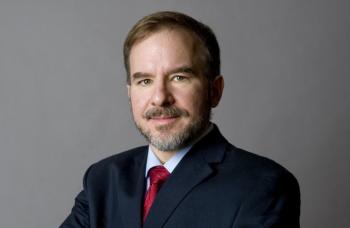 Sinclair spent just seven weeks in Chicago in the fall of 1904 “among the wage slaves of the Beef Trust,” researching his novel about the meatpacking industry. Not very long, but long enough to lay the foundation for a book that would have Americans gagging on their morning sausage for a century to come. Gathering your material and then blowing town to make sense of it is a common Chicago literary experience. Saul Bellow stressed that he wrote his breakout novel, The Adventures of Augie March, while residing in Rome and Paris and London and New York—almost anywhere but here. “Not a single word of the book was composed in Chicago,” he recalled, adding that dwelling in a distant city “forced you into yourself in a special way.”

Additionally, coming from someplace else, not having always been in Chicago, a person can be primed to embrace the city, perhaps more than those who grew up here. While lifelong residency does build passionate devotion, there is a mirror tendency not to fully appreciate things you have been familiar with your entire life. Nobody loves breathing.

If Chicago seems especially leery of newcomers, remember how fast the city grew. It wasn’t due to residents multiplying like rabbits, but to outsiders pouring in—in 1900, 70 percent of Chicagoans were either foreign-born or the children of foreigners. The biggest immigrant group was not Irish or Polish, contrary to impressions, but the German-speaking community. They were a very vocal part of Chicago right up through 1917, when their fierce support of the old country brought equally strident reprisals after America entered World War I. Public schools dropped German from the curriculum, sauerkraut was transformed into “liberty cabbage,” and the city council scrubbed the map clean of most German references, losing such street names as Berlin, Cologne, Frankfort, and Rhine, not to mention Bismarck Place, which became Canton, Eleanor, Charleston, Coyne, and Ancona—though Goethe Street survived a push to make it Boxwood Street, narrowly, as did Schiller and Mozart streets, by merit of artistry surpassing any connection to the spike-helmeted Hun. “As far as I know they did nothing offensive to America,” one defender noted in 1919. “Their work belongs to all lands.”

Chicago’s German community was just getting its sea legs again, finding the pride and confidence needed to join the German American Bund, Sieg Heil each other, and parade around public parks in Nazi uniform when World War II broke out, inspiring an ethnic taciturnity that continues to this day, with the exception of Oktoberfest, which brings fl ashes of gemutlichkeit at a few taverns and restaurants in Lincoln Square.

You didn’t need a foreign war to make you suspect outsiders. The arrival of a stranger is always an implicit threat—for much of human history, the people showing up are invaders here to kill you and take what you have. The idea that newcomers are here to join you, to build your city and become part of it, to make you stronger and better, is a modern concept, a new dish that a lot of people still can’t bring themselves to stomach. Many Chicagoans can seamlessly shift from dabbing away a tear at the irrational bigotry their beloved grandparents faced when they arrived from the old country to sneering at these completely unacceptable illegal immigrants using up our scarce resources when they should be packed into boxcars and sent back where they belong, without ever feeling the slightest shiver of irony. Different situations entirely.

Reprinted with permission of The University of Chicago Press

Related Links:
More on the book
More on the author
Tags:
Neil Steinberg
You Were Never in Chicago