November is diabetes awareness month, but in many low-income communities, health experts say there is disturbingly little awareness of the disease. A Chicago hospital found that to be very true when it launched a diabetes outreach program in one inner-city neighborhood. With a grant from a major insurance company, the program has been expanded to include another low-income neighborhood. The door-to-door campaign has resulted in some shocking data -- but also some encouraging results.

Margaret Shepard knows quite a bit about diabetes; she's been living with it for 32 years. She knows the importance of eating well, following doctors’ orders and testing her blood sugar every day. But many residents in her North Lawndale community are not as knowledgeable as Margaret. That's something she found out when she went knocking door-to-door.

“Well, not only did we find that there were diabetics in just about every home on some blocks, but there were more than one diabetic in a home. But I guess the most amazing thing to us, we knew that they were there, was to find out the lack of education that they had,” said Shepard.

Margaret is a Community Health Educator with the Sinai Urban Health Institute, a program of Mount Sinai Hospital. Over the last several years, six educators like Margaret have fanned out through the North Lawndale neighborhood, and, more recently, South Lawndale, to talk about diabetes. Both communities are especially hard hit by the disease due to a number of factors.

“It tries to address the predominance of diabetes -- type 2 diabetes specifically -- that are really burdening both communities, with both communities having a diabetes rate that is about three times the national rate,” said Dr. West. “We want to really help the community reduce the burden of the disease by helping people in the community improve their diet choices, exercise more. Also visit their doctors more to examine their drug therapies, seeing if they’re taking the right medications, etcetera.”

Gussie Dye was one of those North Lawndale residents who had stopped paying attention to her diabetes. She was diagnosed in 1974, and admits she should have known better having once worked as a nurse. From her diet to monitoring her sugar levels, Ms. Dye was not doing what she was supposed to.

“I was not taking my glucose every day. I thought, you know, it’s ludicrous to take…to stick myself every day,” said Dye. “I used to make me some cookies.”

It took a Community Health Educator to get Gussie Dye back on track.

“They came to the house and they was interviewing my brother and his son downstairs, and so I looked out the window, and my brother said to them, ‘Well, she's a diabetic as well.’ So they asked if they could come up and talk with me, and I agreed for them to come up and talk, and do an assessment,” said Dye.

The educators hired by the outreach project all live in the community which gives them an inroad to talk to residents who may not otherwise be willing to open up to a stranger. Going door-to-door, the educators not only inform but also help residents monitor their diabetes. For North Lawndale resident Mildred Bailey, meeting Margaret Shepard has changed her life. Ms. Bailey only found out she had diabetes only last year.

“Last year, I was diagnosed with diverticulitis. As I went in the hospital at Mount Sinai, they also found out that I needed an ovary removed. In the meantime, they also found out I was stage 2 diabetes,” said Bailey. “I was confused because I did not know about diabetes. We’ve learned stress techniques, tools for stress. We’ve learned how to put meals together, how to count calories.”

One of the major reasons for the disturbingly high diabetes rates: the communities are considered food deserts. Too often, residents resort to small stores that offer few, if any, fresh fruits and vegetables and other healthy foods. One of the few oases in the Lawndale food desert is Leamington’s on Roosevelt Road, which is cooperating in the Diabetes Outreach Project.

“What we’ve done is we’ve created labels, because what we’re finding is that people don’t always know what to eat,” said Community Health Educator Katrina Sutton. “And they think they’re eating healthy, but they’re not. So in order to make the process easier for them, we have made labels so they'll know what to eat.”

But another less talked about contributor to the high diabetes rate in North and South Lawndale is the high crime rate which keeps people, especially children, from going outside to get exercise and play.

“We’re seeing more and more kids, 12-year-olds who have very high blood sugar levels, who are obese. And that means that they’re going to, more than likely, have an onset of type 2 diabetes earlier,” said Dr. West. “But, more frighteningly, they’re going to have greater complications much sooner and earlier. So that means a longer lifetime of dealing with the disease.”

The outreach project was initially funded by the National Institutes of Health. But earlier this year, BlueCross BlueShield added another $1.2 million to the project.

“One of the major functions of insurance companies is to really better manage care,” said Donna Gerber with BlueCross BlueShield of Illinois. “So, having a support structure in the community, having people support one another, having the community health worker who cares about them, who can go back and relate to them, I think those are really powerful factors that can turn this around.”

In addition to taking the message directly to the residents, the Lawndale Diabetes Project also invites them to Mount Sinai Hospital where they can attend free classes to help them better understand their disease. But the classes also act as a support group which some residents say they need.

The outreach project has reached out to more than 300 diabetic residents of North and South Lawndale and will continue to do so for at least another year.

The American Diabetes Association estimates that there are nearly 26 million children and adults in the United States with diabetes. Another 79 million Americans are at risk for developing type 2 diabetes.

Watch Chicago Tonight at 7:00 pm for the story. 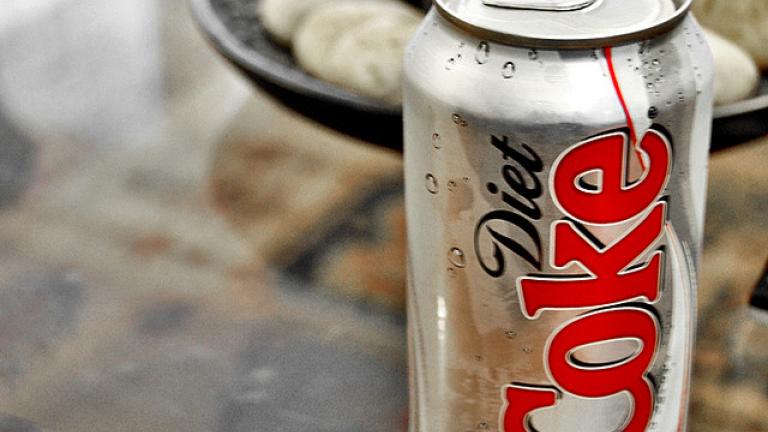 How Healthy is Diet Soda?