A Passion for Fish 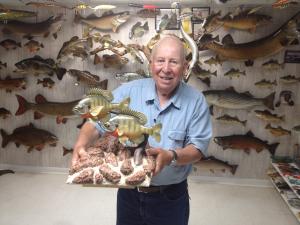 We meet a suburban man whose passion for fish and fishing knows no bounds. Don Dubin is an expert taxidermist, a world champion fish carver, and he's been named a "legendary angler" in the Fresh Water Fishing Hall of Fame. Jay Shefsky has the story on Chicago Tonight at 7:00 pm.

Don Dubin has had a passion for fish since he was a young kid. But growing up around the Chicagoland area, he said the fishing was very poor in the 1960s in Illinois.

“To catch good fish, you had to go to Wisconsin, Minnesota, Michigan or even Canada,” said Dubin.

That has changed, and today, he says we have great fishing in Illinois.

“We have one of the largest fresh water fish hatcheries,” he said. “We have salmon and trout in Lake Michigan, and great big muskies in the Illinois River.”

Dubin was one of the founding members of local fishing organization Salmon Unlimited, which was key to getting salmon stocked in Illinois. 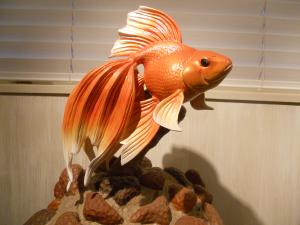 “We met with the conservation department to get involved, but the answer was they didn’t have the money, the manpower or hatchery that could produce salmon, and frankly the attitude was, well, they wouldn’t even live in Illinois waters,” he said.

So Dubin and the other members organized the money and manpower, and built 15 cages in Diversey Harbor in Chicago. They got salmon from Michigan and put them in the cages, fed them for six weeks, and then the club released them, starting the salmon fishery in Illinois.

Though fishing in Illinois has substantially improved, Dubin is still concerned about the cleanliness of the water, especially the Chicago River. Dubin sits on the Fishing Advisory Boards for the City of Chicago and the Shedd Aquarium.

View a photo gallery of Dubin's artwork, and watch a web-exclusive video interview with Dubin where he talks about how he is working to clean up the Chicago River.