Three Chicago literary experts join us on Chicago Tonight at 7:00 pm to discuss their top choices for summer reading. Miguel Figueroa, Caroline Picard and Al Gini will be here to discuss their summer book picks. For guest bios and descriptions of the books they recommend, check out our list below. 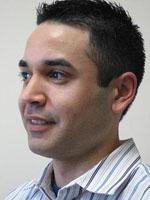 Miguel Figueroa is the Director of Member Programs at the American Theological Library Association. He received a double BA – English and History – from the College of Liberal Arts and the Barrett Honors College, Arizona State University (Tempe) in 2002.

Teju Cole’s Open City paints a new view of America by following a wandering, immigrant medical student through New York City and a side trip to Brussels, sharing thoughts on mentors, Tower Records, and bedbugs. Open City isn’t impossible to grasp, even as it presents new ideas and shares a different worldview of American life. One of the greatest rewards of this novel is the opportunity to re-read it and glean some new insights or receive new challenges to how we view America in the 21st century.

The Art of Fielding by Chad Harbach

This incredibly readable novel brings together elements of both the baseball and college novel to create a rich, multi-character exploration of relationships, ambition, and fate on the campus of a small, Midwestern college. The Art of Fielding is a bigger summer read—over 500 pages—but it reads quickly and easily. It will serve you well on the beach, or on a short bus or subway ride in the city.

As many families head to amusement parks across the country, Swamplandia! provides readers entry into a deteriorating gator-wrestling theme park in the Florida Everglades.  Centered on Ava Bigtree, a 12-year-old alligator wrestler and the youngest of the Bigtree family, Swamplandia! is a novel about family grief and dysfunction—a mother lost to cancer, an older sister who speaks with ghosts, and a brother who runs away to work at a rival park—and the journey Ava takes to help restore her family. The writing is magical in parts, suspenseful in others, while remaining accessible, genuine and funny throughout.

Fantasy can sometimes be an acquired taste and so these may not immediately seem many readers’ preference, but they’re definitely worth a read. The Magicians and The Magician King explore the realities—love, angst, rivalry, boredom, and uncertainty—that would have to accompany young adults’ years at a college for magic. Grossman spends time on the reality that would have to accompany the magic, and this makes these novels that much sharper and more enjoyable, even for non-fantasy readers.

This could be a big book for summer—944 pages or sold as a multi-volume set in some places—but it has enough happening to make it worthwhile. Two narratives come slowly together, bending time, space and reality, to provide a worthwhile end. Murakami crafts interesting characters in unique situations to create a fully realized world that expands, contracts, and changes to lead readers to new experiences. 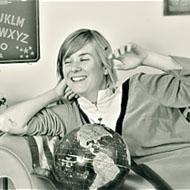 Caroline Picard is the Senior Editor of Green Lantern Press, an artist-run nonprofit press. She received her bachelor’s degree from St. John’s College in Annapolis, and completed her Master of Fine Arts at the School of the Art Institute of Chicago.

The book is just so cool and the language is just really beautiful and precise. It's basically like a mock documentary about a fictitious band called the Ambient Parkers. They go around performing in and sampling these suburban parking lots. It’s a lot about this ambient sound and how you create an individual. The book is written in a careful but beautiful second person voice. There’s a lot about the band as an entity, talking about the highs and lows, and an album that gets popular in an underground way.

It's a really small book. One of my favorite things is to find a small, obscure-looking book that seems unusual and that's how I found this. The book follows a family as they're going through their preparations for a New Year’s Eve party on the roof and there’s family politics that come out in a weird way. They're basically all living in a high-rise in Buenos Aires that hasn't been built yet. It happens to be haunted by this family of ghosts. They're obscene but very ghost-like in that they spend a lot of time in the background. It sort of has that Sofia Coppola feel, like that movie with Kirsten Dunst (Virgin Suicides). It ends up being a tragic coming-of-age kind of story. It's a really small book but all of the moves in it are very graceful.

In the summer, I gravitate towards detective novels and sci-fi stuff. It's number four in a series and it’s based on a Turkish detective living in Frankfurt. He gets into helping his friends protect a restaurant from thugs. I particularly liked how it transformed these old noir tropes, and in this instance it's much more about national otherness. Kismet is constantly negotiating with racism and cavalier racism and discovers illegal immigrants. He’s also in this in-between space because he was raised by Germans. It takes place around the fallout of the Balkan Wars. It's a winner of the German thriller prize. They're making a German movie out of it now.

Middlemarch: A Study of Provincial Life by George Eliot

It's a trilogy but you can buy it in one volume. It’s a really awesome graphic novel that’s entertaining right from the first 20 pages. There are these three goofy goobers who leave their home town and they get lost. As they engage in this other town and these other people, you realize that there’s this whole other mythology, including giant rat monsters, dragons, magic etc. It’s another kind of coming-of-age story.

My Only Wife by Jac Jemc

It's a really new book and it's a debut novel of a young Chicago author. It’s a novel about a man who was abandoned by his wife, and he's going through his memories and describing what he loved about her. It's compelling but there's also this sense that there's a lot that he's missed. The way he identifies with this loss and the way that he associates his wife with this loss makes you realize that she's slowly pulling away from him and he can't really see it.

Al Gini is a Professor of Business Ethics and Chair of the Department of Management in the School of Business Administration at Loyola University Chicago. He is also the cofounder and long time Associate Editor of Business Ethics Quarterly, the journal of the Society for Business Ethics. He also does consulting on corporate ethics, and can be heard regularly on NPR’s Chicago affiliate, WBEZ-FM.

The Fault in Our Stars by John Green

Wonderful stories, engaging characters, beautiful words – Ms. Li is able to put a real voice and real soul into each of her cast members. There’s a real reason why this new star has won so many awards and Random House has signed her to a two-book contract. Ms. Li has talent and understands the impact and the importance of words. And all of this is made more special because she is a Chinese speaker who only began to learn English in middle school. Like Joseph Conrad who thought in Polish but wrote in English, Yiyun Li gives voice to her visions in English and not Chinese. But in any language, this is a person of depth and talent. Gold Boy, Emerald Girl is this Spring’s One Book, One Chicago. It is a worthwhile choice and deserves to be part of the series.

This novel is a combination of The Prisoner of Zenda, The Bird Man of Alkatraz, and A Day in the Life of Ivan Denisovich. This is a story of a North Korean man trying to be a part of a state in which reality is defined by those in charge. This is the story of an individual living in a society that believes in Goebbel’s “theory of the big lie,” and Machiavelli’s commitment to the “pursuit of power at any cost.” This is a story set in a real place, in real time, with real good guys and bad guys. The craft of this world is that while it reads like a science fiction – it is really a metaphor for the real world of politics inside a totalitarian state. You’ll be captivated! (Pun intended!)

How It All Began by Penelope Lively

This is a very English, very proper account of middle class inhabitants of London in real time. It’s about a group of people who are all touched by a random act that happens to one of the characters. It’s about the series of events that follow from this random moment in time. It’s about how accidents, little mistakes, turning right rather than left, and unexpected events can change our lives forever-sometimes for the good, sometimes for the bad! What’s best about this novel is that it is so proper, yet so compelling. The characters are alive and real, and we all can easily relate to what happens to them. Oh yes, it’s also very, very funny!

A murder of a young student in Madison, Wisconsin leads to the only black detective in Madison to follow the facts of the case all the way to Kenya. This is a story of murder, genocide, do-gooders, fundraisers, and bad guys. But the best part of the novel is the main character, Detective Ishmael, who discovers Africa, himself, and the killer in the course of the novel. And if you like Nairobi Heat, you’re not alone. Sales have been terrific. So expect the next Detective Ishmael novel soon.

I Married You For Happiness by Lily Tuck

This is a book I didn’t want to read. (I don’t really like O’Reilly!) But, I read it because a friend said – “I’d be surprised.” And, I was. It’s a story we all know, but it’s told in a wonderful way. It reads like a novel. It’s written from the point of view of all the main characters involved in the Lincoln assassination. Yes, there are a few questionable political factoids scattered throughout the text. But it’s also full of some facts and players that I was unaware of. So, put your opinions of O’Reilly as a pundit aside; as a writer, he’s pretty good! Or, at least this book is pretty good! 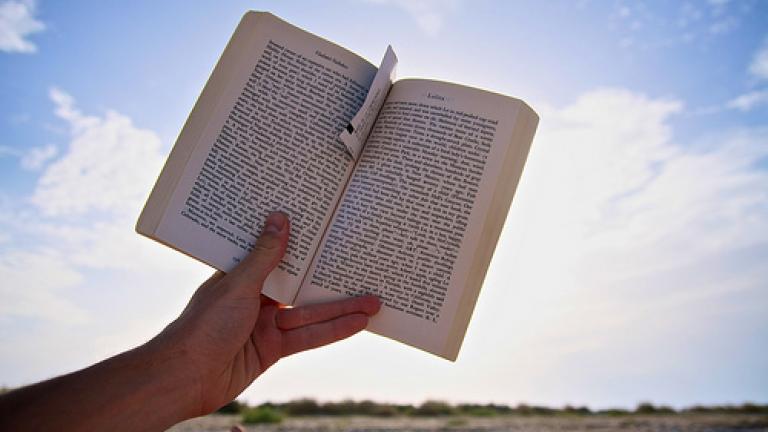