Argonne's Supercomputer One of World's Fastest 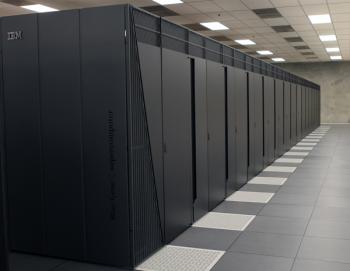 The Mira supercomputer at Argonne National Laboratory is the third fastest in the world, according to twice-annual rankings of the world's 500 most powerful computer systems. We speak with the scientist in charge on Chicago Tonight at 7:00pm.

Mira is a 10-petaflops supercomputer--or ten thousand trillion calculations per second. It would take more than 58 million iPads, Argonne says, to equal that computing power.

Mira is about half as powerful as the top-ranking computer, Sequoia, at Lawrence Livermore National Laboratory, in California. Both computers were co-designed by IBM, Argonne, and Livermore.

Researchers can use Mira to simulate conditions or environments that might be too expensive or impractical to try in real life. Airplane manufacturers test wing prototypes in wind tunnels to measure the airflow around the wings. The companies may only have enough time and resources to build and test a handful of wing designs, said Michael Papka, director of the Argonne Leadership Computing Facility. With a supercomputer like Mira, they can test hundreds of models to find the best design.

"You have the opportunity to try out a bunch of different things," Papka said. "It's a very nice playground."

One team, led by Argonne research physicists Salman Habib and Katrin Heitmann, is looking for news ways to find dark energy and dark matter, and is using Mira to simulate the distribution of matter in the universe. 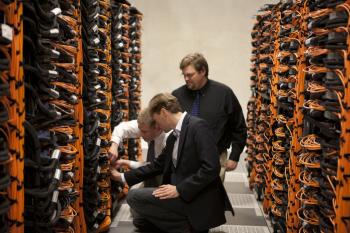 "They're looking to understand the cosmos as a whole," Papka said. "They're trying to simulate this vast space in the universe, and create simulations with such fidelity that they can compare it to data taken from telescopes."
The goal is to compare the predictions made by the computer model with what they see from a telescope. If there are discrepancies, it could be an error in the code, Papka said, but it could also mean there is hidden dark matter or energy that the telescopes can't see. Those models wouldn't have been possible with Mira's predecessor, another IBM-designed supercomputer that was about 20 times slower than Mira.
"That's real science that's coming off the machine now," Papka said.
That study is being run on a test version of Mira, while the remaining system is being set up. Papka estimates Mira won't be fully operational until 2013.
"Consumers are used to going to Best Buy and plugging their machine in," he said. "These are very complex machines. Even over the first two years, we're still shaking things out of the system."