Art conservator Barry Bauman discovers fraudulence in a 19th century portrait of Mary Todd Lincoln. We shine a light on his detective work.

Below, a Q&A with Dr. James Cornelius, curator of the Lincoln Collection at the Abraham Lincoln Presidential Library & Museum.

What was the story behind how the painting came into existence?

The story goes that Mary Lincoln had secretly commissioned the painting from Francis Carpenter. He lived for six months in the White House. He’d been commissioned to paint the scene of Lincoln reading the Emancipation Proclamation, which still hangs in the U.S. Capitol. It was said that Mary Lincoln wanted the portrait of herself as a surprise for Lincoln, but he was killed before Carpenter finished. After his death, it was said she no longer wanted it. 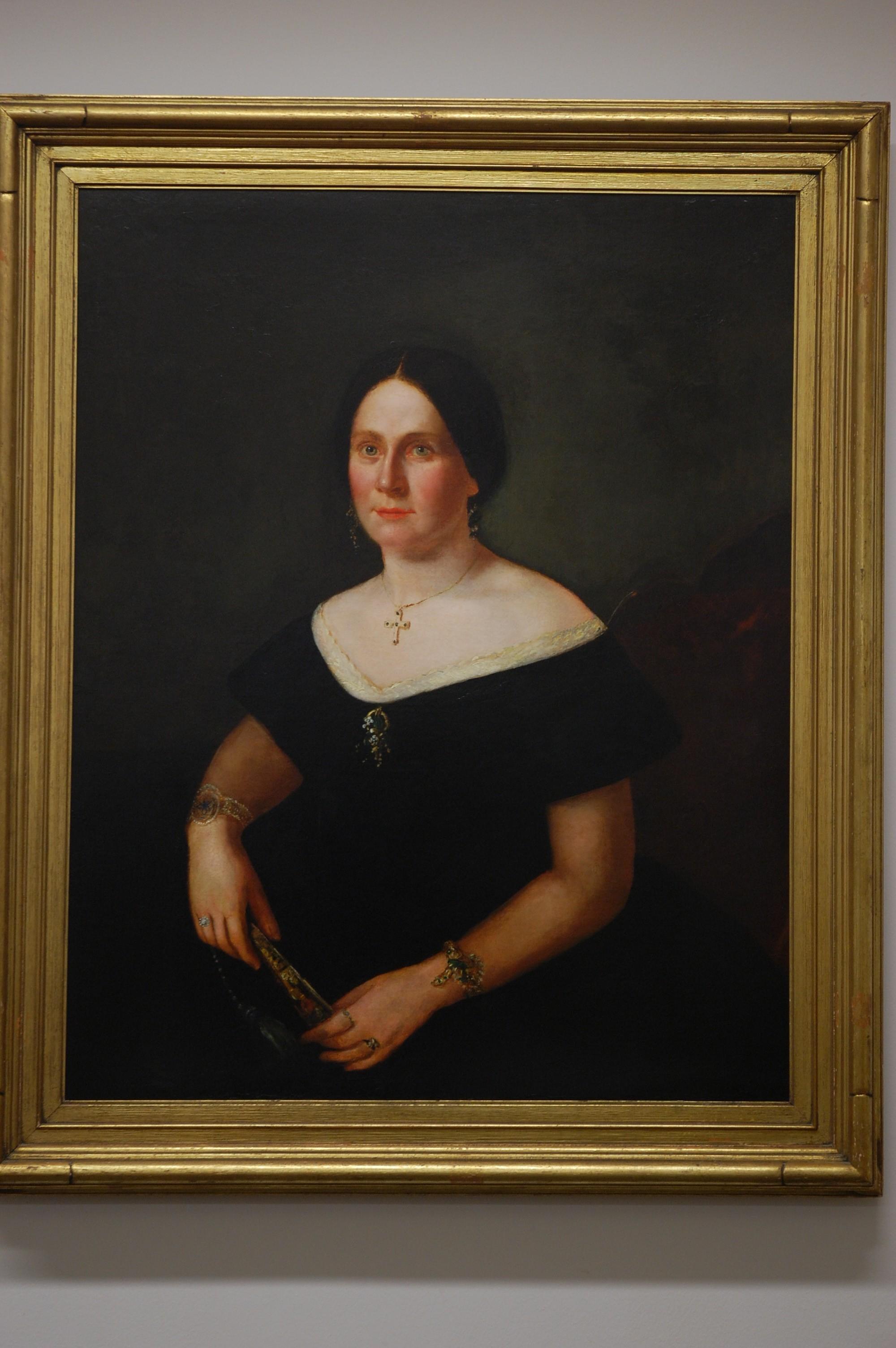 Restored image of the portrait once thought to be of Mary Todd Lincoln How did the fraudulent story get past the critical eye of restorers and historians?

It was evident to the naked eye that the painting had been changed. The woman in the original painting was wearing gaudy accoutrements, ornate jewelry, a hair bow. That was all toned down and painted over, to where in the final version she’s wearing a black hair bow, a little miniature broach of Abraham, and much quieter jewelry. It was a nice portrait before the changes, but not what one would expect from someone who was a widow.

Why weren’t those changes initially suspicious?

This all made sense. We all knew Carpenter often fiddled with his paintings. There are other examples of him doing this, including in the Emancipation Proclamation painting in the Capitol building.

What else made the fabricated story believable?

Mary Lincoln was self-absorbed. She probably had much bigger worries in late 1864-65 than commissioning a painting. She was covering up her vast overspending at the time. She owed various store owners a lot of money when Abraham was killed. The family didn’t know, but there were rumors about it… But the underlying story wasn’t unlikely, given that she was freely spending anyway, and that it would have been in celebration of Lincoln being reelected in 1864. It could have been a birthday present, reelection present, anniversary present. None of that’s true.

How did you find out this was not, in fact, Mary Lincoln?

We sent the portrait to Barry Bauman for restoration. He discovered that Carpenter’s signature had been added on top of the original coat of varnish, which was suspicious, and that the little broach of the portrait of Lincoln was also added on top of the varnish. He started removing things that were not original and discovered that the shape of the woman’s cheeks was different, and the eyes were moved slightly closer together. In general, it was a pretty good resemblance to Mary Lincoln, but not her.

Are the any clues as to who the woman might be?

The big change, the puzzling thing, is that the woman is wearing a great big cross. That was revealed in the 1977-78 restoration. That didn’t make an awful lot of sense. It’s very much a Roman Catholic symbol, and Mary was Protestant, or a spiritualist, and wasn’t known to wear a cross. It’s another way we thought Carpenter had been fiddling with it. It’s possible the painting might be European, one that came over after World War I.

How do you plan to go about finding this mystery woman?

We don’t exactly know. In the whole scheme of things, it’s low priority for us, because it’s not Mary Lincoln. It’s no one we know from Illinois, or possibly even America. We really wouldn’t know where to begin, except for maybe Philadelphia (where the painting was originally thought to be purchased.) There is still the possibility that some records are still available in Washington at the American Archive of Art. It would be a hard slog going through those old sales receipts. That said, it’s not impossible that Mary Todd actually knew this woman. She was obviously a well-to-do person. And if she came from Philadelphia or Washington or New York, which would have been centers of wealth at that time, it’s not impossible that Mary Lincoln had actually known her or met her. When you consider the six degrees of separation, it was certainly two degrees of separation in official Washington. This woman would probably have been known by name to her congressman or a leading banker in her town. 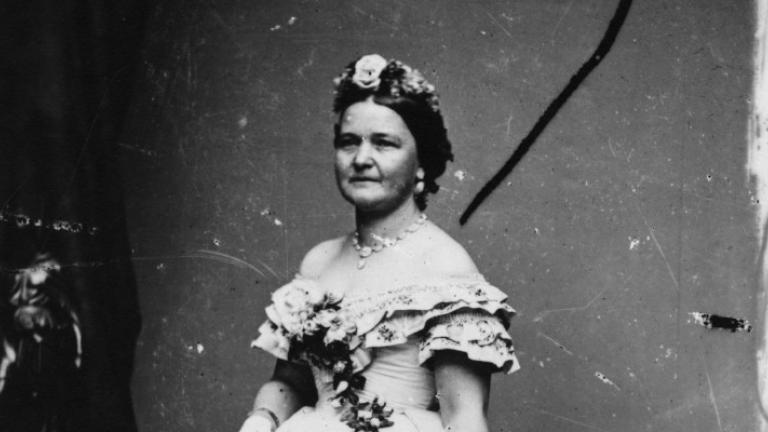