Former Illinois Gov. Rod Blagojevich left for Colorado on Thursday morning to begin serving a 14-year sentence. We talk about what's in store for him as he enters federal prison with Scott Fawell, on Chicago Tonight at 7:00 pm. Fawell is imprisoned ex-Gov. George Ryan's former chief of staff and campaign manager, who was convicted and served about five years in prison for racketeering and fraud.

Chicago Tonight spoke with members of Blagojevich's current and former defense team, and his brother, for their reaction to Blagojevich leaving for prison. Here's what they had to say:

What are your thoughts today as Blagojevich reported to prison? 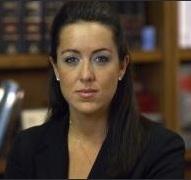 The hardest part of this all is obviously leaving his family. And as someone who has grown very close to him and his family, it’s a difficult thing to watch. But at the same time, they really are a remarkable family that’s extremely close, and I have confidence that they will stand by him and Patti will stand by him. They will visit him a lot and be in regular contact by letters and phone, and that will sustain him when he is away and will help him get through what he needs to get though while he is incarcerated.

When is the last time you spoke with him?

I spoke with him directly before he went into the prison today, right before he walked in, when he was in the car. I can’t reveal the substance of the conversation because of attorney-client issues, but what he has said publicly coincides with what he said to me. He is maintaining as positive of an attitude as possible, and looking towards the future that he has and getting through things one day at a time.

How long have you been involved with Blagojevich and his case?

I’ve worked on the case for almost three years. I came on in September 2009. Over the course of the last few years and beyond, there’s a closeness there that you don’t normally have with your clients and family. So there are sad feelings that I have today about the result of these two trials. I feel bad that he is there, but I care very much about him and his family and know what they’re going through. The hardest thing for him is being away from his family.

Have you spoken to Patti? How are she and the kids holding up?

I’ve spoken with them. It’s a really difficult day for them. They are a very loving and a very close family. Prison is difficult for anyone, but in this case, the irony here is that from the day he was arrested and lost his job and Patti lost her job, neither of them can work outside of the house after that. So they’ve been home together, every single day. He’s been home with Patti and the girls. He’s been present constantly and they’ve been together so much, so now to have that separation is more egregious.

Rod is a very hands-on dad. He’s only been gone for 10-11 hours, but the hours have been glaring for them. It’s a void that is not here because he has been so present every day. It’s a hard day for them and it’s very sad.

I would add there’s a tremendous amount of love between them. That was there this morning. Rod is taking that with him. They feel that is being reinforced by their whole family. They are going to be there for each other and figure it out one day at a time.

Do you think Rod is innocent?

How do you think he will handle prison?

I think the hardest thing for him is being away from his family and being away from his home. My experience with other clients in prison are those that remain close with family members and have regular contact, they survive better and thrive after getting out of prison. If you’re isolated and don’t have contact, it s hard. I’m confident Rod will be able to survive and get through this with the support he has, along with his innate ability to handle different situations. He’s very outgoing, also very smart. He will build relationships with people in prison, correctional officers and inmates. I think he will adjust.

When and how often will Patti and the kids visit Rod in prison?

Logistically, that hasn’t been established. But I would say as often and as soon as possible for visitation. Rod doesn’t want to miss out on seeing his girls grow up. He will miss the day-to-day part of being a father, but he is committed to maintaining the father-daughter relationship with both of them. It’s a process, but the family will do it together, and they’ve begun working out how to make it happen and will continue to do it.

Will Blagojevich definitely file an appeal? Can you tell me about the process?

Absolutely. Myself and Leonard Goodman are doing the appeal. It’s still in its early stages. It’s a long, drawn-out process. We need transcripts from both trials before we can even begin putting pen to paper. Preliminary meetings and preliminary discussions on the appeal have begun, but nothing decisive yet because we don’t have all materials we need. Sheldon Sorosky and Aaron Goldstein aren’t officially doing the appeal but they will still help and be involved. But they won’t be official attorneys on the case.

What are your thoughts today as Blagojevich left for prison? 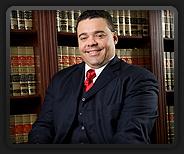 When is the last time you spoke with him?

A couple of days ago. He’s very hopeful that his appeal will go as we expect it to go. And he’s not looking forward to prison but he understands that this is where he will be in the short term, until we can be successful with the appeal.

Does he hold any resentment towards you or your father for how the trials turned out?

Do you think he is innocent?

How do you think Blagojevich will hold up in prison?

I think he will end up the most popular inmate that’s been there.

Do you feel that others should be prosecuted in relation to this case?

I don’t think John Harris, the governor, Chris Kelly, or his brother should ever have been charged in this case at all.

Robert Blagojevich spoke with Elizabeth Brackett on Wednesday. Here is what he had to say in their conversation:

Rod Blagojevich’s brother, Robert, told me by phone that he is terribly saddened as his brother enters prison; though he acknowledged that his relationship with Rod remains very strained. Robert says he made attempts to reach out to his brother with an offer to accompany him to prison but did not receive a response.

Rod’s attorney, Aaron Goldstein, agreed that attempts had been made to have Robert travel to the Colorado prison with Rod, but there was no resolution to the calls.

In fact, Robert says he has not had a conversation with Rod since the day the final verdict came down. He says the brothers have serious family issues to resolve, but he does have hope that those issues will eventually find a resolution.

Robert says he does plan to visit his brother in prison if Rod puts his name on the visitor’s list. He also plans to stay in touch with Patti and his two nieces, 15-year-old Amy and 8-year-old Annie.