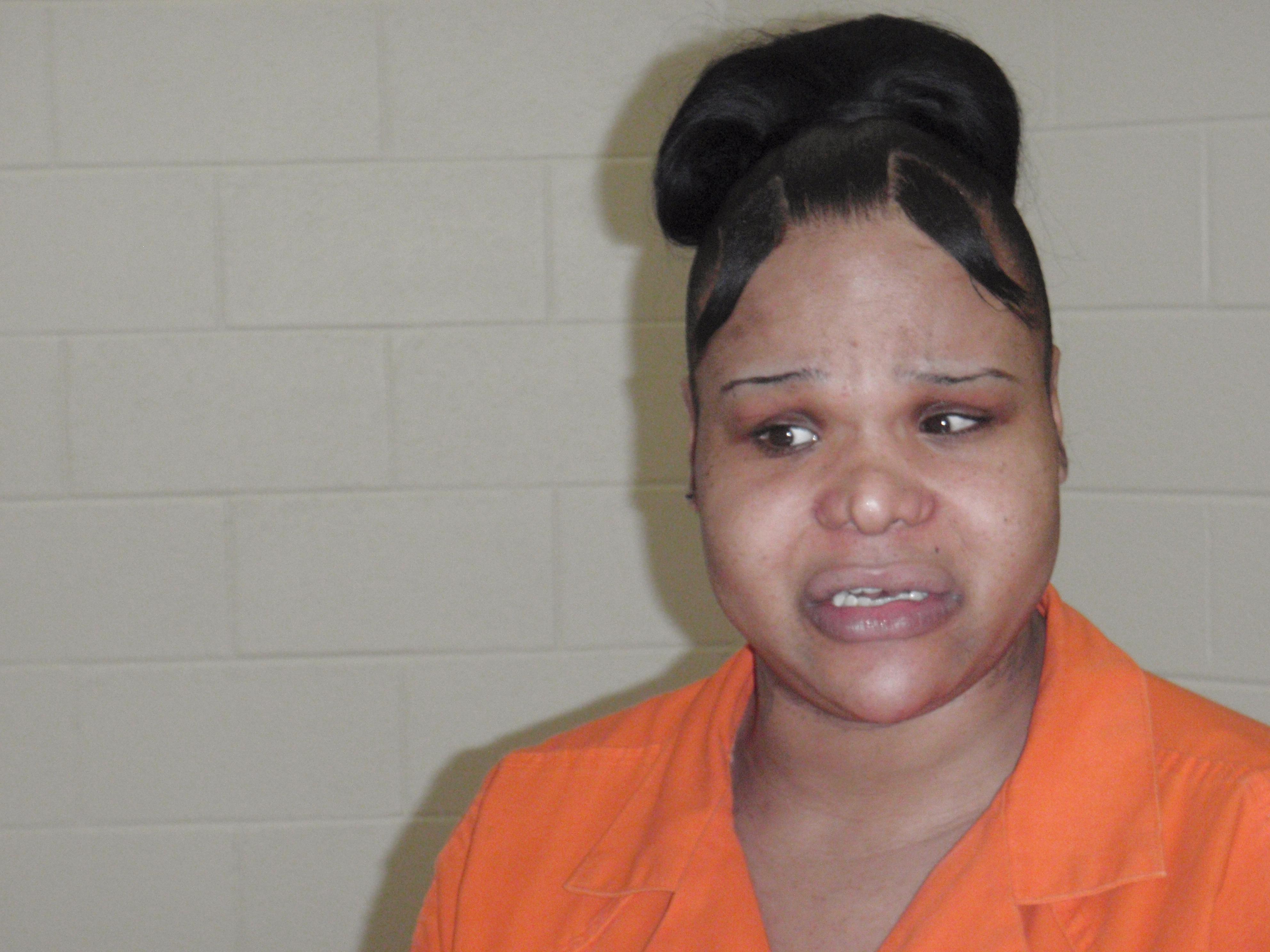 No one questions Mimi on the street about her appearance, she says, but there is an exception. And when she walked into an Atlanta emergency room in December with an infected finger, she faced that exception head-on.

Mimi had to show her I.D.

So, in an attempt to conceal her identity, she says she illegally used her Aunt’s Medicaid card.

“I didn’t want to go in there looking like a girl and give them a guy name,” Mimi said, “and have them look at me all funny.”

Mimi, who says she’s 32 although records indicate she is 35, has an appearance that doesn’t coincide with her legal name: Floyd McNair. She says she’s a post-operative transsexual, and has lived as a woman and taken hormones for about 12 years.

If she could “turn back the hands of time,” she says she would be home right now recovering from scheduled February surgeries in Thailand to complete her transition.

But the surgeries didn’t come to fruition.

That’s because Mimi, as she likes to be called, was arrested and charged with Medicaid fraud.

So she sits for a second month in Division 11 at Cook County Jail under medium-security, with another charge of theft pending, awaiting extradition to Atlanta.

Transgender and behind bars

“I hate that I did what I did to come here,” Mimi said, wearing a weathered, standard orange jumpsuit. “I guess it was an eye-opener. Jail is not the place to be, whether I’m safe or comfortable.”

The safety to which Mimi refers is largely due to newer policies at Cook County Jail that have been in effect now for about a year and continue to evolve. They include a Gender Identity Committee—whose name will soon be changed, according to officials—that meets weekly and makes individualized recommendations for each inmate who self-identifies as transgender. The policy is in collaboration with Cermak Health Services of Cook County, the healthcare provider for Cook County Jail.

“My job at the jail is to be sure people show up and they’re safe, and don’t harm others and don’t get harmed,” said Dart, who became county sheriff in 2006. “And to ignore the fact that people were going through some degree of changes was just beyond stupid.”

The policy, which cites the Eighth and Sixteenth Amendments and the Illinois Human Rights Act as the top three authorities, provides guidelines and procedures that address transgender inmates’ housing, clothing and grooming, among other aspects of jail life. It’s part of a broader effort under the Prison Rape Elimination Act of 2003. Other, similar policies are in place in Washington, D.C., San Francisco and Miami.

In 2008, the U.S. Department of Justice found that Cook County Jail, which officials say processes up to 100,000 inmates annually, had systematically violated the constitutional rights of its inmates.

“If there wasn’t a transgender committee [here], it would be hell and treacherous,” said Mimi, who elected to be housed in protective custody because that’s where she says she feels safest.

Her secondary sexual characteristics, such as her breasts, put her at risk in the general population, according to jail officials.

Hormone therapy is a key part of the transition process, and guidelines in the formal policy allow inmates to have access to the treatment.

Kelis, a male-to-female transsexual, says she would be a “total wreck” in jail without them.

“I’d feel they were forcing me to be a male, being that I am in jail,” said Kelis, who has since been released. “It’s one thing to have me locked up, it’s another thing to make me locked up and look like a man.”

Dr. Kameron Matthews, the primary care physician to each of the transgender inmates at Cook County Jail, called the hormones a medical necessity, and stressed that a majority of the inmates come to jail having already taken hormones.

“Once they are on the treatment, it is hazardous to their health to stop it abruptly or stop it at all,” she said.

“We’re not providing them with rights or any privileges that aren’t deemed the rights and privileges of other inmates,” Matthews said. “It’s just because they are deemed a more vulnerable population that we need to outwardly and proactively speak to their safety.”

Safety that’s in jeopardy, according to a 2007 University of California at Irvine study that reports sexual assault is 13 times more likely among transgender inmates.

Nationally, 3.1 percent of jail inmates report alleged sexual victimization, according to a 2010 Bureau of Justice Statistics report. Division 6 of Cook County Jail is rated as having a high level of staff sexual misconduct, according to the report.

“It’s a unique population in that there are obvious distinctions that need to be made for individuals based on their gender identity, regardless of purely physical attributes,” Matthews said. “They are a population that is considered unique in the sense that they are not strictly one gender or the other.” 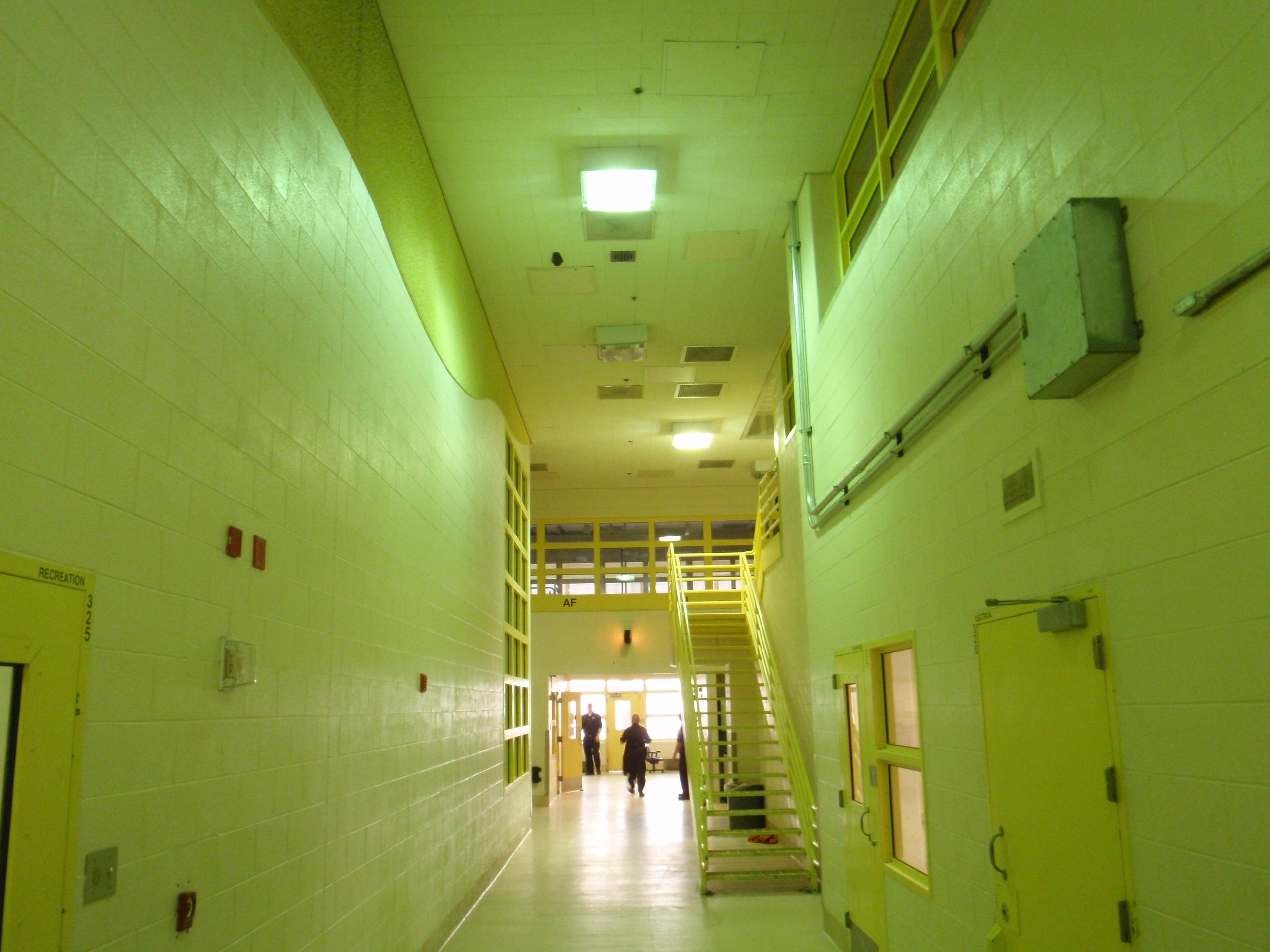 Fourteen of the 16 transgender inmates now at Cook County Jail elect to be in protective custody, according to Matthews, because they are at a heightened risk for sexual assault, harassment and discrimination in general population.

Transgender is the umbrella term for those who don’t identify with the social restraints of their biological sex and anatomy, Matthews explained, while transsexual is a more specific term in which one identifies as the opposite sex.

All inmates are offered protective custody—not just transgendered inmates. A “handful" of transgender inmates, Matthews said, choose general population. Though, at times, the Gender Identity panel may recommend an inmate be moved to protective custody after a thorough review.

But Mimi said she would fear getting beat up or raped in general population.

“People look at [us] like we are the nastiest and most disgusting people on earth,” she said.

The sociological hierarchy of prison presents a conundrum for inmates like Mimi who, in the outside world, live as the gender they identify with. In jail, however, “obvious distinctions” are made based on biological sex, according to officials.

So while Mimi outwardly looks female, she must still be housed among men because the committee makes decisions largely on an anatomical basis, according to Terre Marshall, director of mental health at Cook County Jail.

“It’s based on how far the surgical intervention has gone, and the presence or absence of testicles,” Marshall said. “The phallus may still be present, but if the testicles have been removed, the phallus is present simply for urination purposes as opposed to sexual purposes.”

At that point, Marshall said, an inmate may be considered for placement in a female division.

A year in review

Matthews and Marshall have made efforts to strengthen both the interagency and Cermak Health Services policies—which they both call “evolving”—and have made recommendations accordingly.

“We have been through so many versions of the directives unfortunately,” said Matthews, who said many of the changes will be procedural and part of a new protective custody policy under the Cook County Department of Corrections with more of the Prison Rape Elimination Act of 2003 specifications.

While the policies may be in transition, they continue to allow Mimi to complete her own transition and live as a woman, even if she must be housed among men.

“[The committee] makes sure we’re OK and we’re safe, and that we’re treated fairly,” Mimi said.

Officials said the transgender policy has served as a catalyst for communication, which bridged the gap between Cermak Health Services and the Department of Corrections.

Learn more about jail policies on Chicago Tonight at 7:00 pm from Dr. Kameron Matthews, the primary care physician to all transgender inmates at Cook County Jail.