ComEd is pushing hard for legislation to raise rates in exchange for a massive infrastructure upgrade. Is an override of Gov. Pat Quinn's veto coming? Carol Marin looks at the "smart grid" controversy on Chicago Tonight at 7:00 pm. 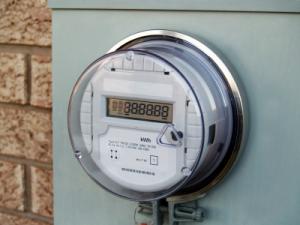 The “smart grid” system would allow for up-to-the-minute monitoring of energy by utility companies and consumers. In place of current meters, which are read once a month by a technician, digital “smart meters” would constantly report back to the power grid, gauging energy usage by taking measurements several times per second.  This constant communication would allow companies to adjust power as needed. The “smart grids” themselves would also be self-sufficient, detecting outages as they happen, rerouting power and theoretically allowing damaged lines to be repaired faster. As the system stands now, utility companies are notified of outages only when customers call them to report a problem.

The technology would also extend into consumers’ homes with the placement of energy readers and smart phone applications. Hypothetically, the continually updated readers would allow customers to better manage their own energy consumption.

According to ComEd, the new system would reduce utility bills by 10 percent in the first year and 15 percent the second. Trial runs have been conducted in 131,000 Illinois homes so far.

However, there also appear to be drawbacks that fall directly onto the shoulders of electricity consumers, who would face increased rates. During construction, which would occur over the next 10 years, the primary financial burden of funding the grid update would be on the utility users, not the companies.

The Illinois Attorney General’s office refuses to back the bill, stating that the proposal would shift unnecessary risk to customers and guarantee Ameren and ComEd double-digit profits.

“Attorney General Madigan cannot support a proposal that short circuits the regulatory process and doesn’t include strong protections for consumers,” the statement said.

ComEd explains how users can monitor their own electricity usage on the Smart Grid system in the following video:

In September, Gov. Pat Quinn vetoed the “Smart Grid” legislation, on grounds that it would have overly burdened consumers to pay for the project, causing a decade of energy rate increases. In order to front the cost of the energy grid renovation, the bill called for monthly rate increases – $3.40 for Ameren users and $3 for ComEd, which serves Chicago as well as the northern third of Illinois. Although Quinn agreed that the energy infrastructure ought to be updated, his veto suggests that utility providers must step back to the drawing board to accomplish this goal.

The state legislature will seek to override Quinn’s veto when it comes back into session on October 25. In order to succeed, the House will need 71 votes and the Senate, 35. In the spring, the energy bill barely squeaked by in the state Senate on a 31-24 vote, and passed the House with a 67-47 vote.

To learn more about the smart grid controversy, visit the links below.