Looking at 2-year-old Grant Fisher today, you’ll see an active and rambunctious toddler who likes to smile. But just over a year ago, the little boy was battling a potentially life-threatening infection: Clostridium Difficile or C. Diff.

“What first tipped us off is he was vomiting,” said Autumn Fisher, Grant’s mother. “Lots of diarrhea; he would have eight, 10, 12 bowel movements a day.”

In recent years, this type of bacterial infection has become more frequent, more severe and more difficult to treat. According to the Centers for Disease Control and Prevention, C. Diff. infections are at an all-time high -- linked to 14,000 deaths in the U.S. each year.

Between 2000 and 2007, deaths related to the infection increased 400 percent, due in part to a stronger, antibiotic-resistant germ strain.

It most commonly affects older adults in hospitals, or in long-term care facilities, and typically develops after the use of antibiotics.

“It arises, we think, from the effects of the antibiotics on the normal flora,” said Dr. Terrence Barrett, a gastronenterologist from Northwestern. “So, the normal community of bacteria, when you put in an antibiotic, you kill off some of those, but not all of them. And you create an imbalance, temporarily. Because of this imbalance, this bug, this bad bug that we don’t like, Clostridium Difficile, rises up, and it forms these toxins which cause very severe diarrhea in some cases.”

In Grant’s case, he developed the bacterial infection after being treated for bronchitis with a commonly prescribed antibiotic, Azithromycin.

For over six months, the powerful infection wreaked havoc on Grant’s intestinal system, recurring a total of six times; each time combated with stronger antibiotic courses that eventually failed.

Doctors say the catch 22 is that it's difficult to fight the bad bacteria without wiping out the good bacteria in a person's intestine.

“There’s so many other things to worry about with C. Diff. with damage to the intestinal lining and colitis, and perforated bowels and Crohn’s disease in the future,” said Autumn. “You know, with him being so young, we just weren’t willing to take the risk of letting the infection continue, or, you know, keeping him on these strong medications.”

The Fishers turned to pediatrician, Dr. Stacy Kahn. She specializes in the treatment of digestive diseases at the University of Chicago Medicine Comer Children's Hospital. Their plan was to perform what's known as a Fecal Microbiota Transplant.

The idea is to recolonize Grant's gut with healthy bacteria from a donor’s fecal matter; in this case, his mother Autumn.

“So, there are two ways to deliver fecal microbiota matter to an individual with disease,” said Dr. Kahn. “It can be delivered to the upper GI tract through a nasal gastric tube, a tube that is placed into the nose and then delivered directly into the stomach or the upper part of the small intestine. It can also be delivered bottom up through a colonoscope, or through an enema."

Dr. Kahn says while it’s not clear what the long-term effects are, in the short term, these transplants have a 91 percent success rate. And in Grant’s case, his symptoms subsided within 24 hours.

“Knock wood, he’s been remarkably healthy since his transplant and has had no episodes of gastrointestinal problems since that time, so he hasn’t needed follow up from me, which is the best case scenario,” said Dr. Kahn.

The high success rate of fecal transplants in treating C. Diff. infections, say medical researchers, exemplifies the importance of maintaining the delicate balance in the bacterial colony, or microbiome of the digestive system.

It's something that medical researchers are paying close attention to.

Dr. Gene Chang and his team at the University of Chicago are studying the interactions between diet, the bacteria that live in the bowel, and the immune system.

“There's evidence to suggest that gut microbes have a profound effect on our health, and they’ve been implicated in conditions like obesity, diabetes, and inflammatory bowel diseases,” Dr. Chang said. “And I think that the evidence is very strong that patients that have an abnormal number of bad bacteria can (particularly if they have a genetic susceptibility) develop these diseases.”

In fact, investigators at U of C have actually found in laboratory mice that obesity, for example, may be less about what you eat and more about the digestive efficiency of the bacterial community living in your gut.

“So, if you take a regular mouse that has a normal microflora and put it on a typical western diet, which is a high-fat, high-calorie type of diet, that mouse will gain weight and become obese,” said Dr. Chang.

Transplant that mouse's gut bacteria into another mouse raised in a germ-free bubble, and mouse number two will develop the same obese tendencies that it previously wouldn't have exhibited.

"So, that’s one of the best examples of how microbes might influence our health,” said Dr. Chang.

The implication is that scientists could one day learn how to regulate these microbe communities in a way that could inhibit obesity.

Researchers believe they are on the cusp of beginning to understand more about the complex relationship between bacteria in the gut and its consequences on human health and disease. At Argonne National Laboratory in southwest suburban Chicago, an ambitious research project aims to unravel the mysteries of the gut microbiome.

Dr. Jack Gilbert is an environmental microbiologist with Argonne National Laboratory and co-founder of the American Gut Project: a massive research undertaking that aims to collect thousands of stool samples that will then be sequenced and analyzed by the super computers at Argonne.

“What we’re mostly interested in is how food that we consume influences the bacteria that live inside our mouths, inside our stomachs, inside our intestines, inside our colon,” said Dr. Gilbert. “The best way of getting at that, short of dissecting people, is to take a sample which comes from the body, and that best sample is that stool sample."

Participants in the project can send their samples -- and $99 -- to find out what bacteria are living inside them. The Gut Project also asks for dietary and lifestyle information, so scientists may soon be able to link specific foods with beneficial bacteria.

“Because the microbiome is different inside each and every one of us, we all harbor a different consortium, a different assemblage of these bacteria, and it will affect us in different ways,” said Dr. Gilbert. “If we look at a population the size of America, over 300 million people, we will start to see trends, like certain groups of people will harbor certain groups of bacteria, and they will respond in certain ways to certain foods, and it will affect their health in certain ways."

But unlike many studies, the Gut Project is being crowd-funded; participants can donate anywhere from $25 to $25,000, to get increasingly detailed information about their health.

For that $25,000, Argonne will process several samples to see how dietary changes affect your personal microbiome.

“You will become the most analyzed human being in the planet for your microbiome. We will tell you how the different bacteria are growing inside your body, how they’re interfacing with your body and your food, and what that means for your health,” said Dr. Gilbert.

And so, as doctors and scientists try to understand more about the intricate interaction of the organ known as the gut microbiome, the little bit we already do know is starting to help hundreds like young Grant to defeat a stubborn infection in his belly.

“He is very much a 2-year-old. He’s coming into the tantrums and the fits,” said Autumn Fisher. “But we obviously have more good moments than bad. He loves tractors and trucks, and his dump trucks and all of that stuff. So, it’s just so much fun to see him grow and flourish, and move past this.”

We'd like to get your feedback on this Scientific Chicago story, and other stories we cover. Click here to complete a brief survey and enter a drawing to win an Apple iPad mini! 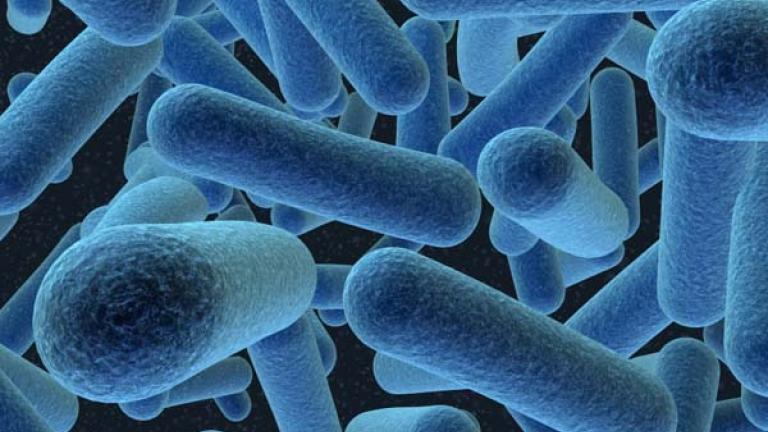