Make a Resolution: Get Screened for Hypertension in 2023

Make a Resolution: Get Screened for Hypertension in 2023

For many of us, a new year presents an opportunity to take a fresh look at our habits and try to enter 2023 in better health. But one condition can fly under the radar of even the most health-conscious of us: hypertension, or high blood pressure.

According to the American Heart Association, about 55% of Black adults have high blood pressure. Black Americans also have disproportionately high rates of severe hypertension and tend to develop it earlier in life. Higher rates of obesity and diabetes among Black Americans increase the risk for high blood pressure, and uncontrolled hypertension is a major risk factor for stroke, heart failure and kidney disease.

“There’s a lot of socioeconomic factors that make it pervasive [in the Black population],” said Dr. Pierre Blemur, a nephrologist and assistant professor at Northwestern University Feinberg School of Medicine. “Lack of access to medical care, lack of insurance sometimes plays a role. Lack of affordability of medications that can help control blood pressure unfortunately are prevalent issues in the Black community.”

“It’s almost always asymptomatic, or something that we don’t really feel,” Everett said. “And I always say that when you do feel it, that’s really the danger time. That’s the time where you really have to be concerned about some of the death, the acute effects that may that happen with high blood pressure, such as a stroke or congestive heart failure or vision disturbances that can come right at the time of the high blood pressure. But essentially, most people walk around with high blood pressure and not know anything about it.”

Nurse practitioner Monique Colbert said that in her experience, many people with high blood pressure learn they have the condition during a health crisis.

“Many people find out that they may have high blood pressure at a physical screening when they come to the doctor’s office,” Colbert said. “But oftentimes what happens is that people are actually hospitalized for whatever reason — maybe they didn’t feel good, were on the verge of having a stroke, they had a heart attack or are being hospitalized for pre-procedure – and checking their blood pressure at that time.” 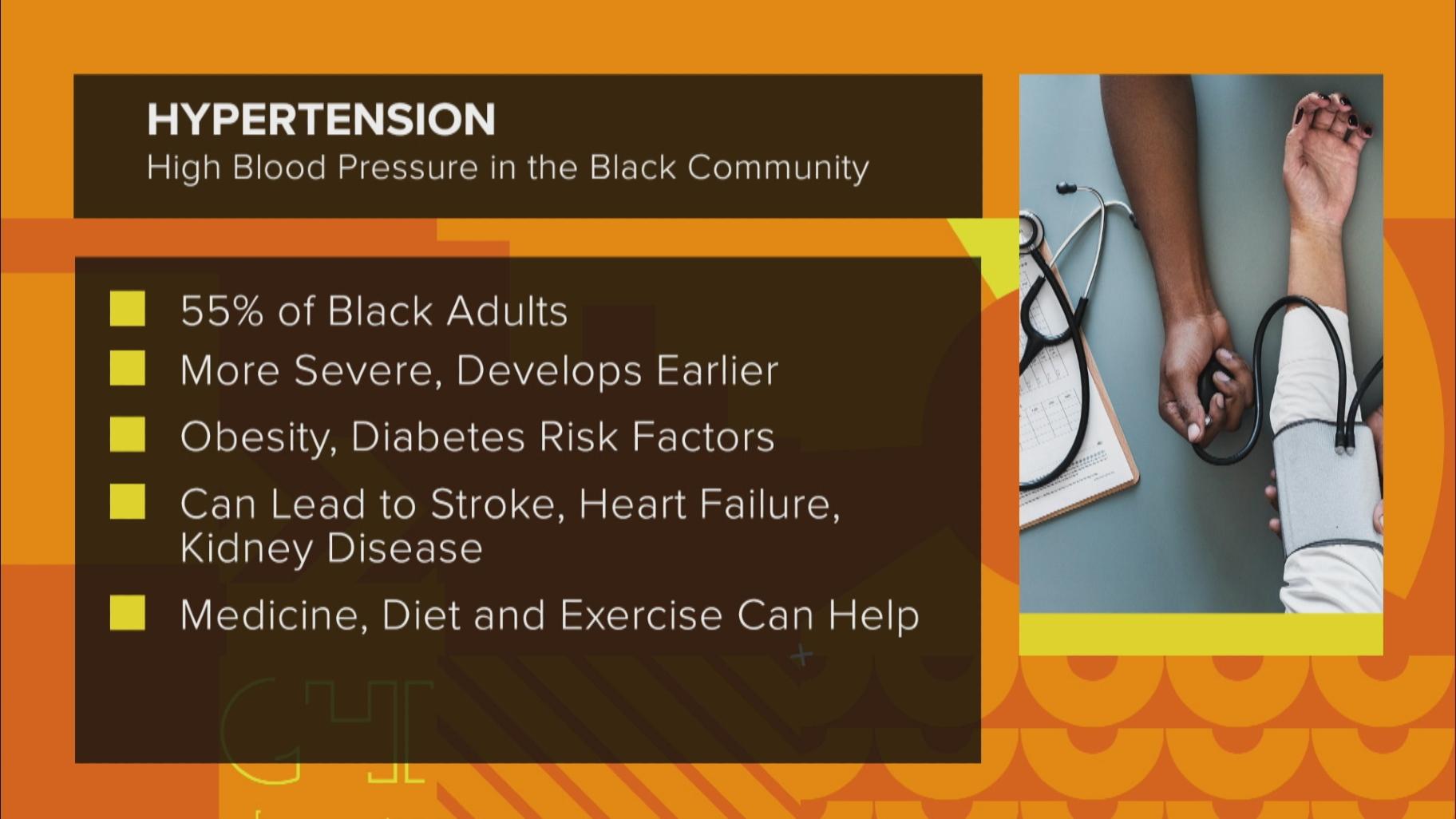 Everett said the simplest way to avoid complications from hypertension — including acute heart failure and kidney failure — is to commit to regular screenings.

“Everyone should be screened for it just because it’s so prevalent,” Everett said. “Dr. Elijah Saunders has written many books about high blood pressure. He used to say that about 70% of African Americans will have high blood pressure by the time they’re 60, and he said by the time you’re 70, it almost comes up to about 100%. I think it just underscores the importance of how many of us need to be screened and understand that it is very, very prevalent, and it probably will happen to you. So you should really look for it.”

And the good news is that medication, diet and exercise can help control the condition known as “the silent killer,” Colbert said.

Blemur agreed that a proactive approach to hypertension is the best way to protect your health.

“The sooner that you get diagnosed with it, the sooner you could do something about it. It’s not always you need medications in order to control it — there’s lifestyle changes, dietary changes, exercise … . Things like that could help control blood pressure. But the sooner you find out about it, the more you can do about it, and I always say: It’s better that you find about it before it finds you.”