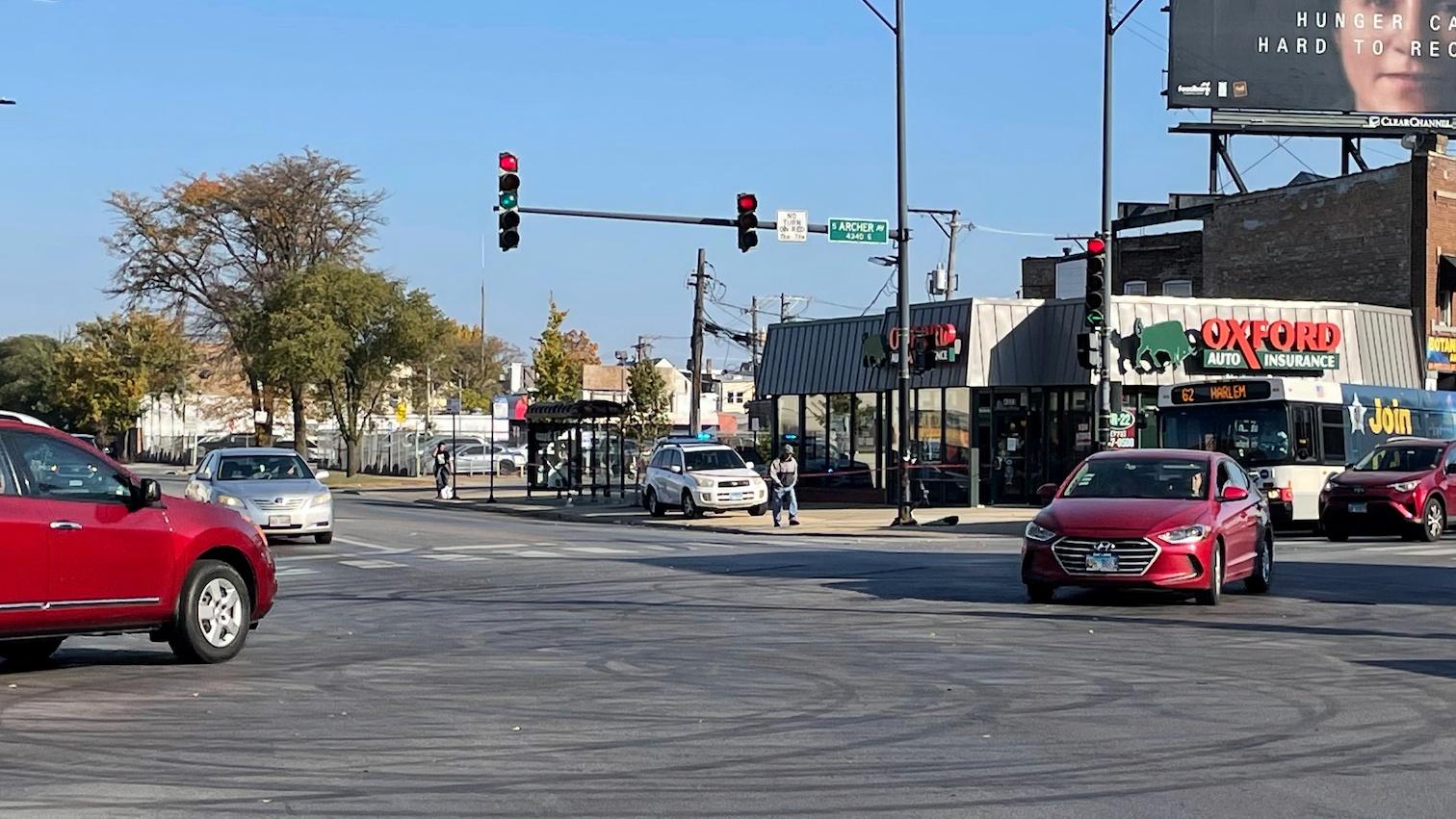 Tire marks from drifting can be seen in the intersection of Archer and Kedzie avenues, where a shooting occurred early Sunday, Oct 23, 2022. (David Struett/Chicago Sun-Times via AP)

CHICAGO (AP) — Three young men were fatally shot and two more were seriously wounded early Sunday during what Chicago police called a caravan of street racers involving about 100 vehicles that took over an intersection on the city’s Southwest Side.

The shooting happened about 4 a.m. in Brighton Park after the caravan blocked streets leading to the intersection for illegal street racing, Chicago police Cmdr. Don Jerome said during a news conference. Those killed were between the ages of 15 and 20, Jerome said, adding that the two wounded are expected to survive.

Police made no immediate arrests.

Caravans blocking streets for drag racing, cars turning doughnuts and “drifting,” are a “semi-recent phenomenon where they gather throughout different points of the city and there were several others last night of no consequence … until this one,” Jerome said.

The city council member for the neighborhood where Sunday’s shooting happened said police and other city officials needed to act more aggressively to shut down such caravans.

“This is not just fun and games on the street,” Ald. Raymond Lopez told reporters at the scene. “We are seeing gangs and criminality join into the drifting and drag racing.”

Lopez said such caravans are promoted on Snapchat and other social media, resulting in vehicles packing streets for at least a block around major intersections. He said he has been trapped by one, describing it as being held “hostage on the public way.”

Lopez said the city should consider blocking in the vehicles then towing them away.

But he conceded: “We know our officers are doing their best, but you cannot ask for officers to come to an event where there are literally 200 people in cars with weapons acting like fools.”