Timesha Brown recently stopped by the Chicago Furniture Bank to shop for her new apartment in Aurora.

“It’s a three-bedroom,” she says. “My oldest daughter got her own room, my two youngest, they share a room, I got my own room. The kitchen is real nice ... It’s mine, so it’s real nice!”

It’s a big step for the single mom of four.

“I had a hard time finding [the apartment] due to I’m on parole and I have a background,” Brown said.

Brown spent six years in Illinois state prison for armed robbery. She’s been out of prison for two years.

For many people with criminal records, finding housing is a challenge.

And in Brown’s case, stable housing was necessary to regain custody of her four children — a goal she accomplished just this summer.

“Going to court, they investigated me. I had to do a Zoom so they could see my place. I had to show them I was working,” Brown said. “I had to get a paper from my parole officer saying I’d been doing good.”

Brown is one of thousands of women whose imprisonment has contributed to the 475% increase of women in prison across the country between 1980 and 2020, according to data from the Sentencing Project. 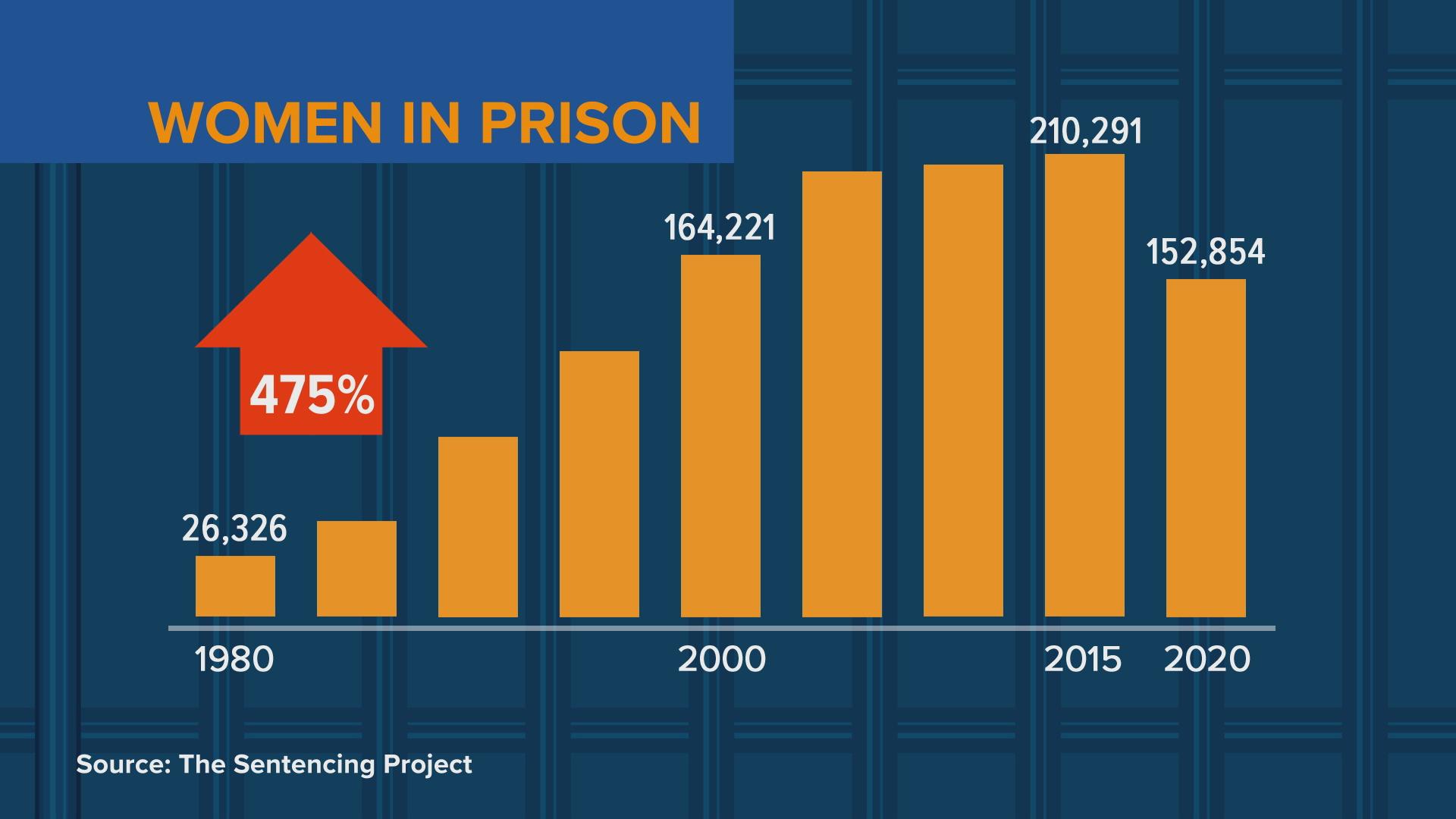 “Women experience trauma and violence at a level that men don’t, or at least that isn’t reported,” said Rueben Jonathan Miller, an associated professor at University of Chicago. “The literature tells us that somewhere above 60% of women who go to jail or prison have experienced some form of victimization, physical, sexual. And that half experienced it as children. And so, it’s a group that is particularly vulnerable. There are also all manner of mental health problems that are untreated, undiagnosed, but when diagnosed, diagnosed at a much higher rate among women who’re incarcerated than among men.”

And since 58% of incarcerated women are mothers to children under 18, the permanent punishments they face affect not only them, but their entire families.

“When DCFS is involved, there are a number of things that a parent has to show that they’re able to do in order to get custody of their child,” said Nneka Jones Tapia, a psychologist and former Cook County Jail warden, now working with Chicago Beyond.

“As part of that, they have to have monitored, supervised visits with the child, and that’s intense scrutiny,” Tapia said. “They have to show that they can maintain stable employment, to have stable housing.”

“So for women, you’re the primary caregiver of your household. You come home with the same restrictions that men have, with the added problem of having to care for a child who depends on you for housing, food, for shelter etc.,” Miller said.

Research compiled by the American Psychological Association shows that upon release, women tend to be poorer than their male counterparts. In part, that’s because they’ve typically been sole caregivers of children, and on limited incomes.

The stigmas facing women on parole are also greater than those facing men.

And women have greater difficulty obtaining employment and housing — leaving them at greater risk for homelessness.

And some of those permanent punishments hinder efforts to be an active mother.

Celia Colon had been a volunteer at her daughter’s school for years. But a new school principal asked her to submit to a new background check as Colon’s daughter’s eighth grade graduation approached.

“And I didn’t mind, because my kid has been in the same Catholic schools since she was three,” Colon said.

Colon’s daughter attended school in Hammond, Indiana. Like in Illinois, schools in Indiana can determine if volunteers are subject to the same background checks as employees.

“And then the principal calls me to tell me, ‘Sad to say, but due to your violent background, you’re not allowed to participate in the eighth grade festivals. You can only come and pick up report card, you cannot volunteer at the school.’”

“I was speechless,” she says. 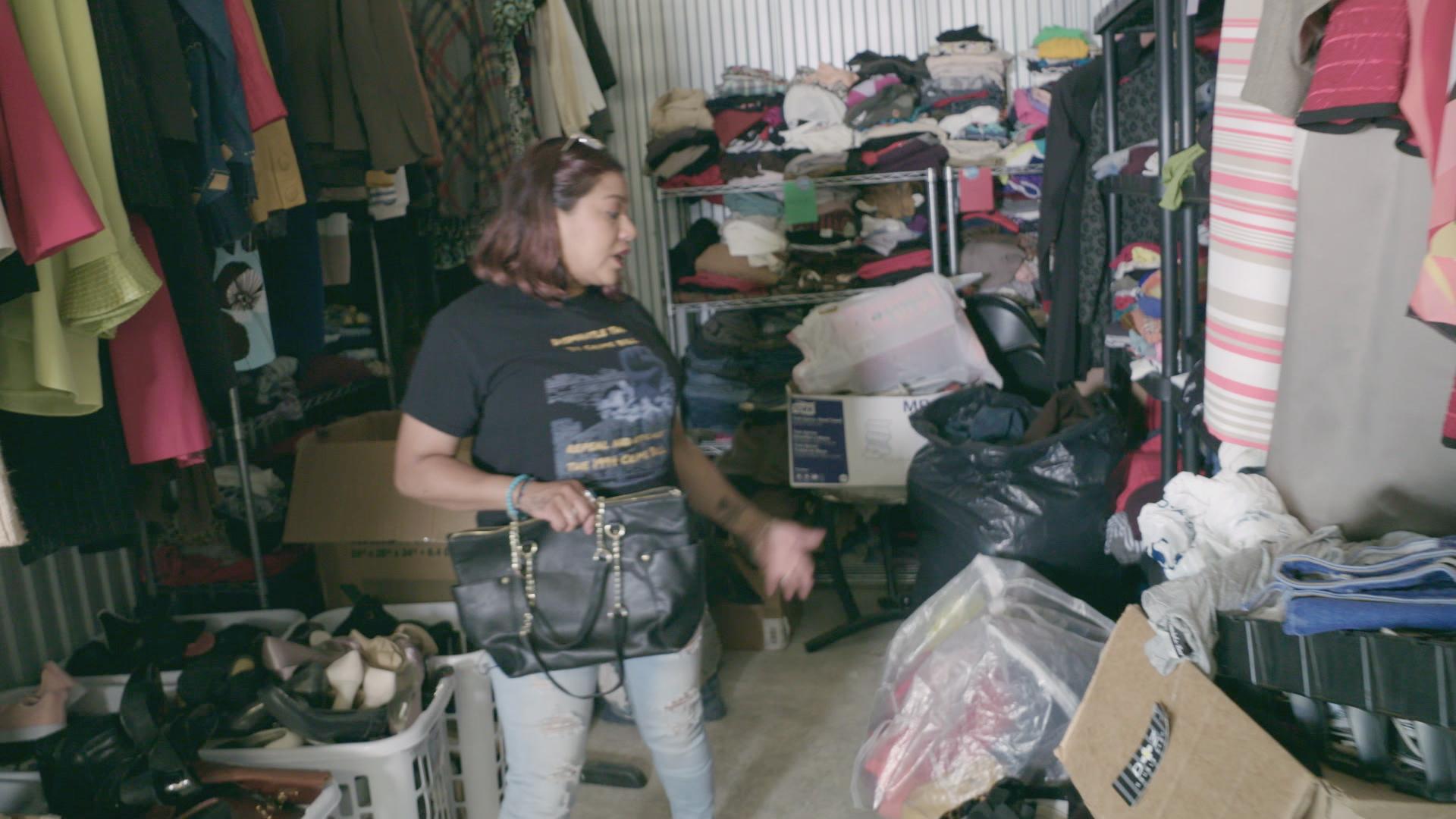 Today, Colon runs her own nonprofit, called Giving Others Dreams (G.O.D.), to help other women with shared experiences.

When 47-year-old Maria Garza went into prison for drug trafficking, her children were 8 and 9 years old.

She’s been home for just over a year — now her children are adults, and her place as a parent isn’t the same as when she left.

“First thing that you really wanna do is come back and connect with your children, you know the children that you left,” Garza says. “It’s hard because as a mother, you think that even though you’ve seen them grow, you still think they’re the 9-10 year olds you left many years ago. And then you have these restrictions, these barriers, and you see it’s not as easy to just come in and scoop everything up from where you left it,” Garza says.

But that’s not the only difficulty she’s faced.

While dealing with the income inequality all women face, Garza has tried to build her credit score with a secure credit card from Capital One.

But one day she received an email from the bank that Capital One was shutting down her account.

The letter, that Garza shared with WTTW News, reads “Capital One has discovered adverse past or present legal action involving an individual associated with the account”.

“Those one-sided narratives where they’re just looking at something without knowing me as someone who’s been paying the card off and trying to re-establish myself,” Garza said. 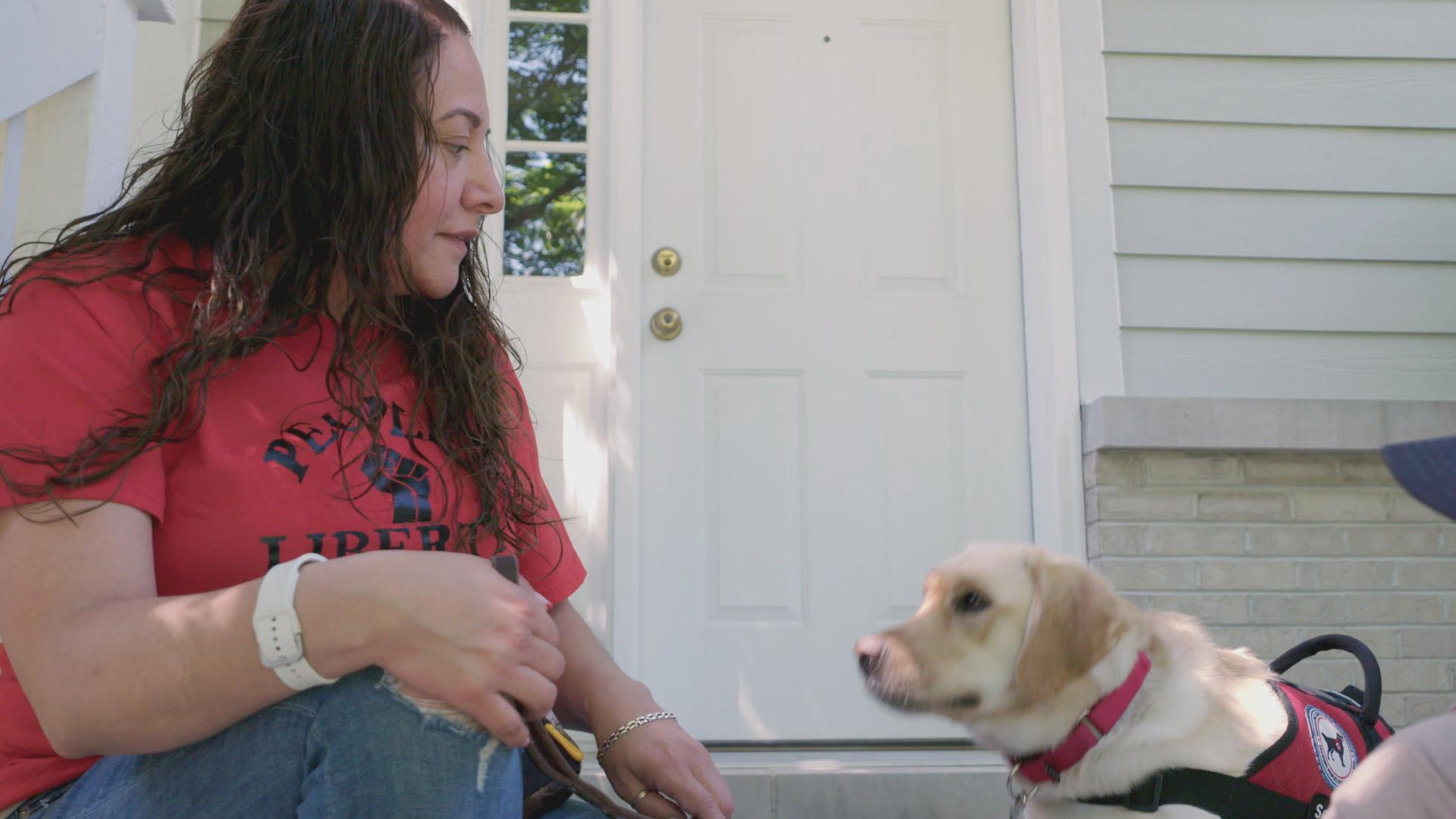 Permanent housing has been another challenge. She’s leaned on family and friends for support.

One source of income — and therapy — has been something Garza learned while in prison: training service dogs, like the golden lab named Holly.

What Garza, Colon and Brown have in common is facing the fight to move forward for their own – and their children’s futures — despite the permanent punishments stemming from their pasts.

For each woman, support from other women who have been there has been key to getting back on their feet.

“When you independent and you’ve been down for so long, and been through the struggle for so long, you have to find yourself. So, it’s a big step for me to get my own place, have a job, have my car,” Brown says.

“Sometimes it gets hard, but I don’t give up because I know my kids is watching me, they looking up to me,” she added.