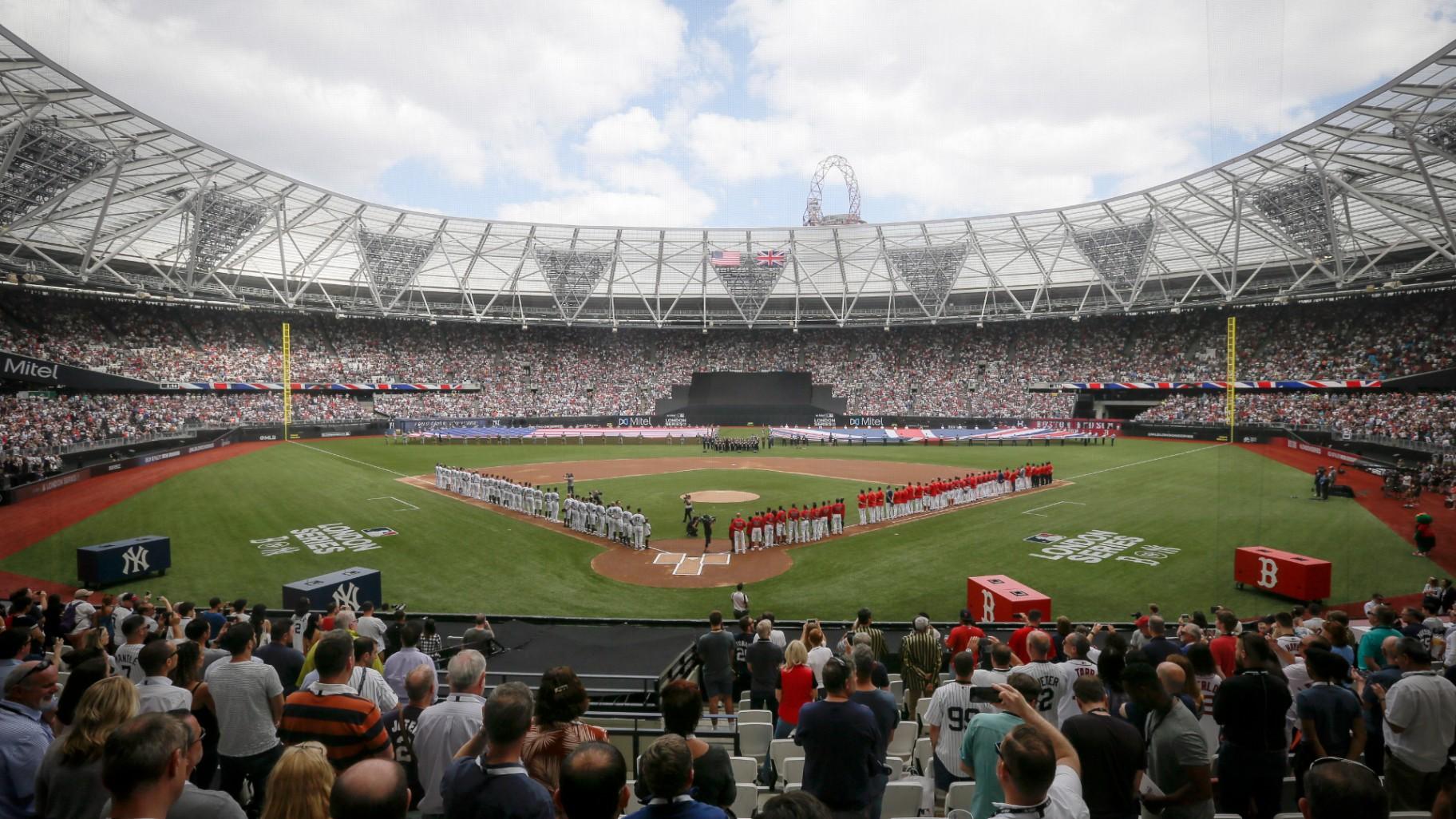 The New York Yankees, left, and the Boston Red Sox lineup for the national anthem before a baseball game in London on June 30, 2019. (AP Photo / Tim Ireland, File)

NEW YORK (AP) — Major League Baseball plans to return to London next year for the first time since 2019.

The league announced Thursday that the St. Louis Cardinals and Chicago Cubs will play a two-game series on June 24-25, 2023, at London Stadium. The NL Central rivals were supposed to play in London in 2020, but the games were canceled because of the coronavirus pandemic.

“The Cardinals are excited and honored to be a part of the London Series next year,” Cardinals chairman Bill DeWitt Jr. said in a release. “The Cardinals-Cubs rivalry is one of the best in sports, and it will be exciting to bring it to Europe for a new audience to experience.”

MLB last played in London in 2019, when the New York Yankees swept a two-game set against the Boston Red Sox in June at London Stadium. Those were also MLB’s first regular-season games played in Europe.

Chicago and St. Louis have played international games before. The Cubs opened the 2000 season in Tokyo against the New York Mets, and played a three-game series against the Montreal Expos in San Juan, Puerto Rico, in 2003. The Cardinals played a two-game set against Cincinnati in Mexico in 2019.

“The MLB London Series between the Cubs and Cardinals has been in the works for years now and we’re thrilled to finally be able to bring one of baseball’s biggest rivalries to fans abroad in 2023,” Cubs chairman Tom Ricketts said in a release.

The 2023 London Series is part of an international slate that was approved in the March labor agreement between MLB and the players’ association. It also calls for London games in 2024 and 2026, the first France games in 2025, annual Mexico City games from 2023-26, an Asian opener in 2024 and a Tokyo opener in 2025.

“These games will be a great opportunity to once again showcase the London Stadium as a multiuse venue and an asset to the capital,” London Mayor Sadiq Khan said in a statement. “The St Louis Cardinals and the Chicago Cubs are two of the best supported clubs in baseball and I know they will receive a fantastic reception next summer here in the sporting capital of the world.”