From “Swan Lake” to “Frankenstein” movies to the pop charts, the arts have always been deeply influenced by artists from the LGBTQ community. Now, an about-to-be-released book, “LGBTQ+ Icons” shines a light on 50 pioneering artists from around the world who made indelible contributions to culture. We met one of the book’s creators, who is himself something of a local arts icon.

Russia doesn’t acknowledge that Tchaikovsky was gay. A new book recognizes the composer of Swan Lake for his artistry and for a part of his personal life that has been redacted from some biographies.

David Lee Csicsko, artist, illustrator:  All of these people did so much to enrich our daily culture that we hear or see all the time. And a lot of people in the book are people that may have fallen out of the spotlight, that we wanted to acknowledge and tell young people about them.

Marc Vitali: We met artist David Lee Csicsko who, with writer Owen Keehnen, made the book to honor late arts icons — including some last-minute additions.

Csicsko: Owen and I had a conversation in this bookstore back in February a year ago. We were looking at the publications that were out there, and I said, ‘You know, I think we can do a much better job and make a really lively, fun book that celebrates the history of the LGBTQ community in the arts.’ 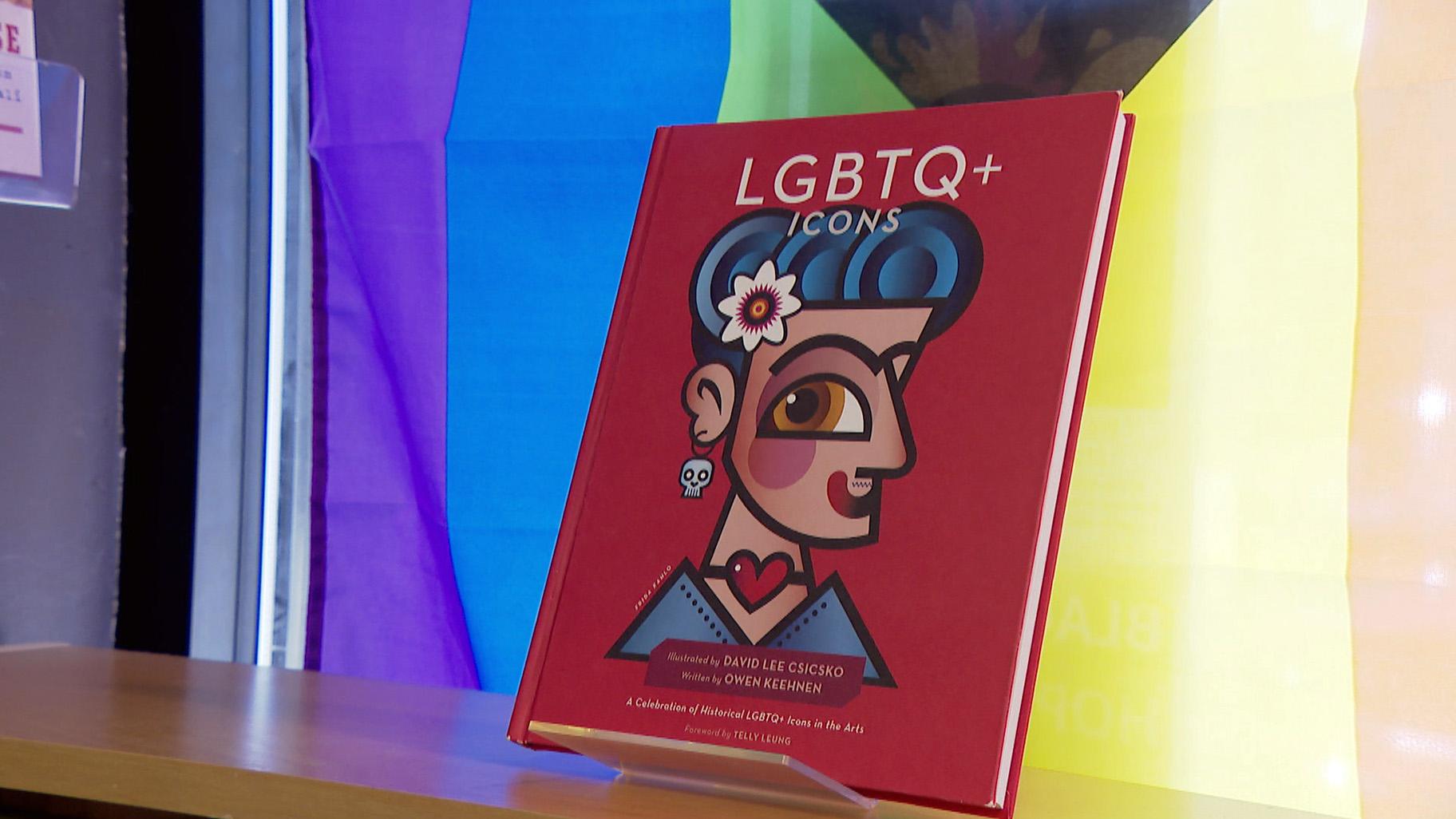 An about-to-be-released book shines a light on 50 pioneering artists from around the world who made indelible contributions to culture. (WTTW News)

And so the book sort of came out as a project that the two of us thought, ‘Wouldn’t it be cool to do this book?’

Vitali: Csicsko’s work is all over town. From the mosaics at the Belmont el station … to stained glass windows in Lurie Children’s Hospital … to tote bags for local businesses and nonprofits, including Lyric Opera and our sister station WFMT.

Csicsko: It starts out as sketches and then I scan the sketch with my iPhone to my computer and then I build it from there.

I look for wonderful pictures of the subject. In the case of Radclyffe Hall, who wrote the first acknowledged lesbian novel — which has a terrible title, “The Well of Loneliness” — but there are pictures of her and her partner with their champion dachshunds in England, and since I have a dachshund, I was thrilled to find that picture. So I drew her with a dachshund. 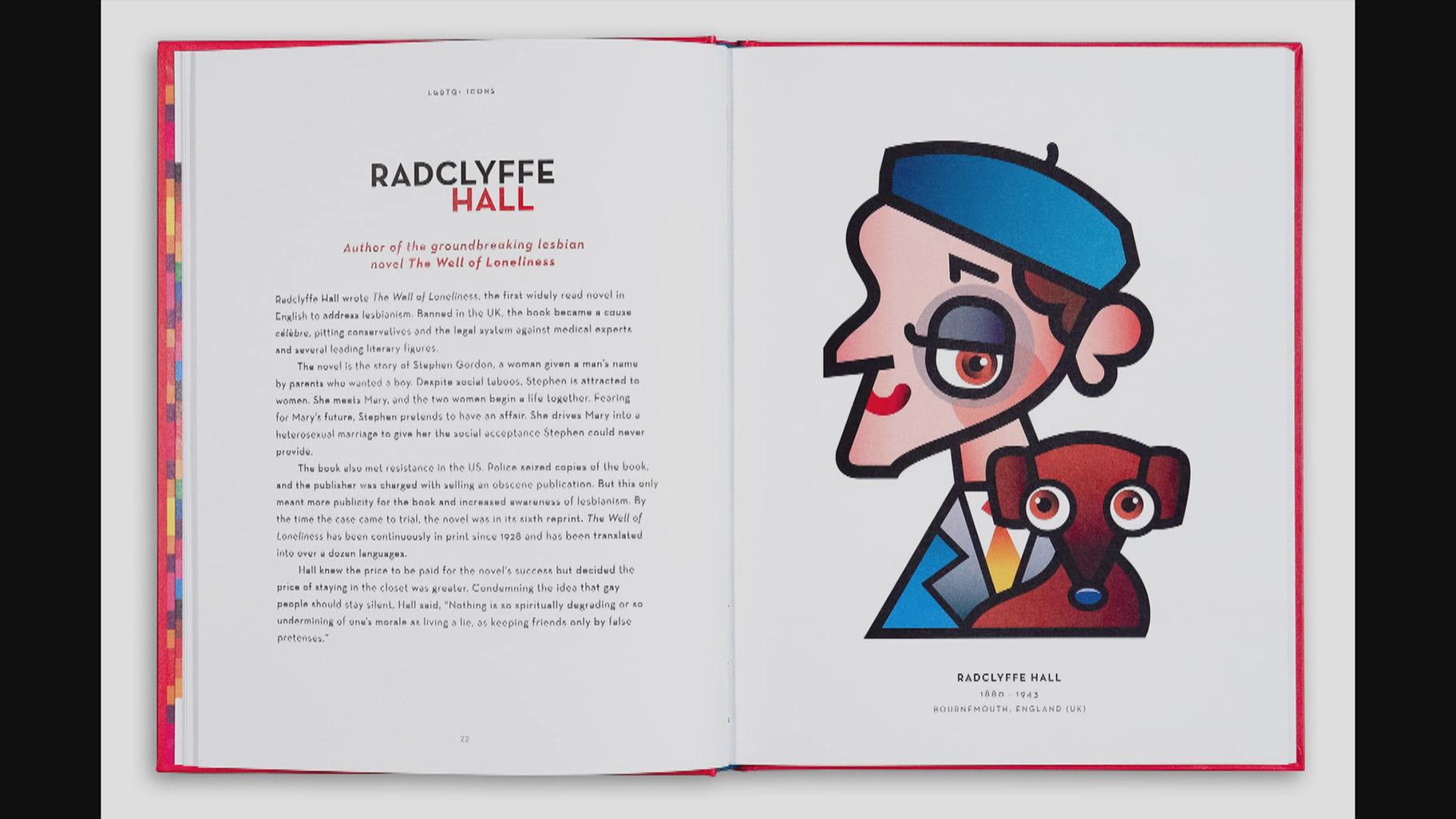 Vitali: James Whale, the director of “Frankenstein,” was drawn with an electrode on his neck. Frida Kahlo got a little mustache on her lip. From Frida to Freddie Mercury, the makers of the book had a tough editing process.

Csicsko: We looked back and made a list of our favorites, and we basically arm-wrestled as to who got into the book. It was very hard to make the cut. We had to leave out a few favorite people, but we really wanted to be representative of the community at large, even though all of these people have passed away, but we really wanted to celebrate them.

Vitali: Celebratory or not, the book is being published in a challenging political climate.

Csicsko: Sooner or later everything becomes political, and especially in the time we live in now where certain politics are trying to erase certain things or take freedoms away from various groups. And the fact that we made this as a book for young people and now that’s being challenged in public education in Florida. We’re really lucky to live where we live where we can bring things forward and bring them to the table. And hopefully this book is a wonderful book for young people and their parents and their relatives and friends to create discussion and just make people feel good.

What I try to do is give you a bright spot in your day and make something wonderful that hopefully makes you smile but is also smart and witty and comes from an interesting place.

More on this story: “LGBTQ+ Icons” was to be published this month, but supply chain issues have pushed the publication date to July 12. 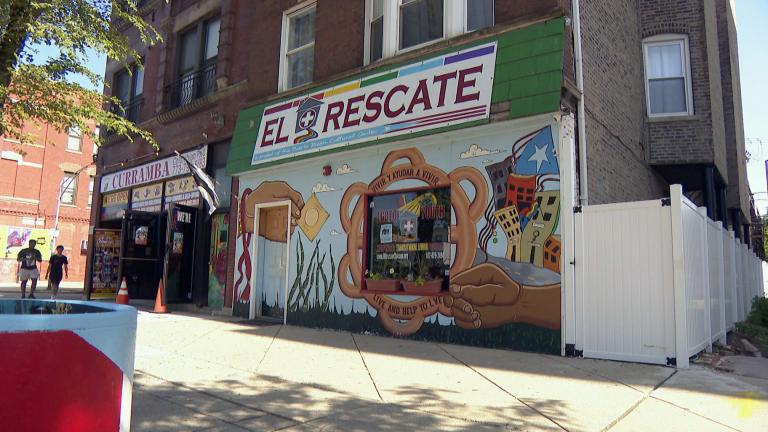 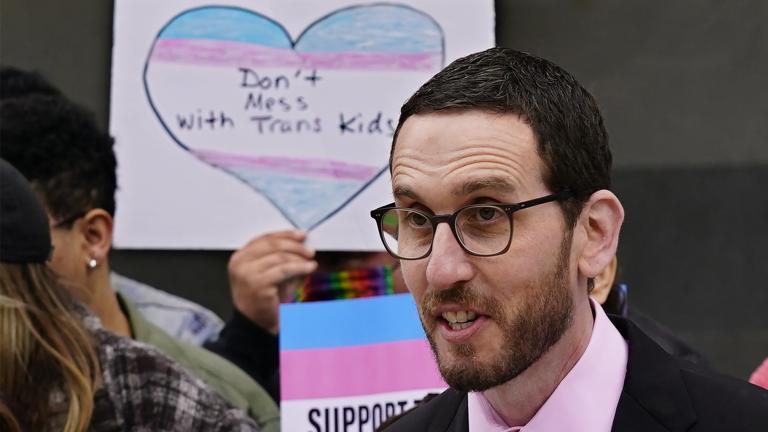 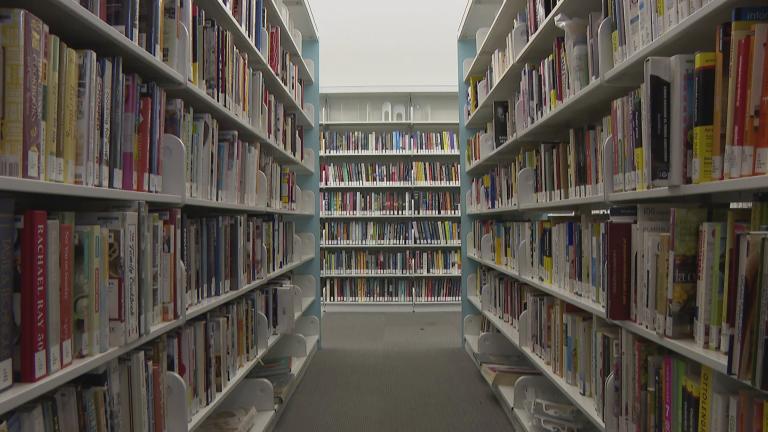 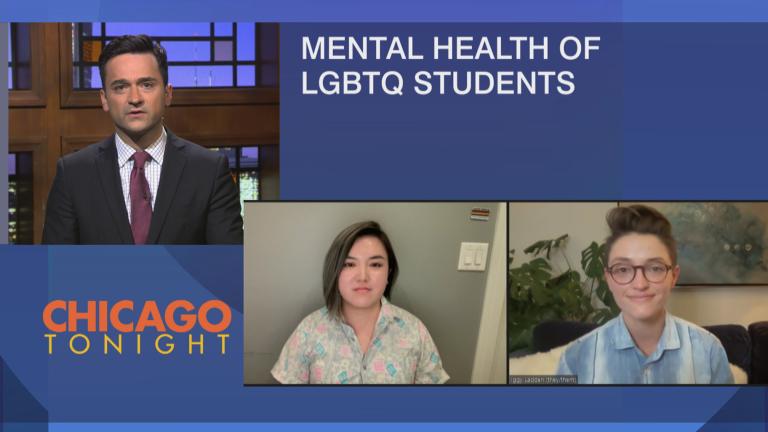