Carvana’s Back in Business in Illinois, Sort of, But Skokie Tower Still on Hold 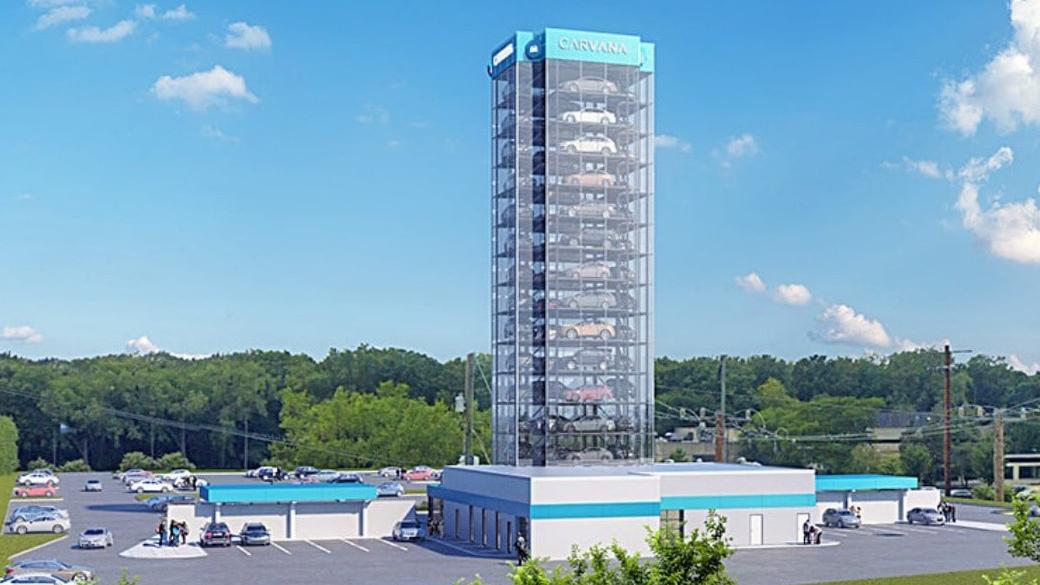 A rendering of Carvana’s proposed 14-story tower in Skokie. (Village of Skokie)

After having its dealers license suspended in Illinois on May 10, Carvana is back in the business of selling cars in the state, but with significant restrictions, according to the Illinois Secretary of State’s office.

As of Thursday, a stay has been placed on the temporary suspension, a result of Carvana working to bring its title transactions into compliance. The company is allowed to sell vehicles to Illinoisans but can’t issue temporary registration permits or license plates during this stay order, officials said.

Carvana must register titles through third-party entities known as “remitters,” which are licensed in Illinois to process title transactions. Additionally, Carvana must post a $250,000 bond to guarantee payment of any fines or fees that customers might incur due to Carvana’s failure to follow the law.

The stay order, officials noted, is a small step that allows Carvana to operate in a limited capacity while further review is underway. The Secretary of State’s office will continue to scrutinize Carvana’s paperwork and can reinstate the suspension order at any time.

"We’re pleased to report that we’ve resumed normal service in the state of Illinois. Carvana delivered all previously purchased vehicles during this recent period as we discussed the situation with the state," a Carvana spokesman told WTTW News in a statement. "We aim to continue demonstrating how our customer-centric business model is transforming the experiences and expectations of buyers and sellers of used cars."

Despite the stay order and resumption of vehicle sales, Carvana’s controversial plan to construct a 14-story car vending tower in Skokie remains on hold, a village spokesperson told WTTW News.

The village previously notified Carvana officials that no construction or building permit submissions related to the tower would be reviewed, discussed or approved until the license issue is completely resolved with the state, and that position has not changed, the spokesperson said.

The tower was the subject of vocal opposition from neighbors and environmentalists on a variety of grounds. Neighbors objected to Carvana’s plan for 24/7 illumination and the increase in truck traffic; conservationists raised concerns about the tower’s transparent glass, and the likelihood for bird collisions.

A spokesperson for the village confirmed that Carvana has yet to break ground on the site.

This story was originally published May 26, 2022. It has been updated.